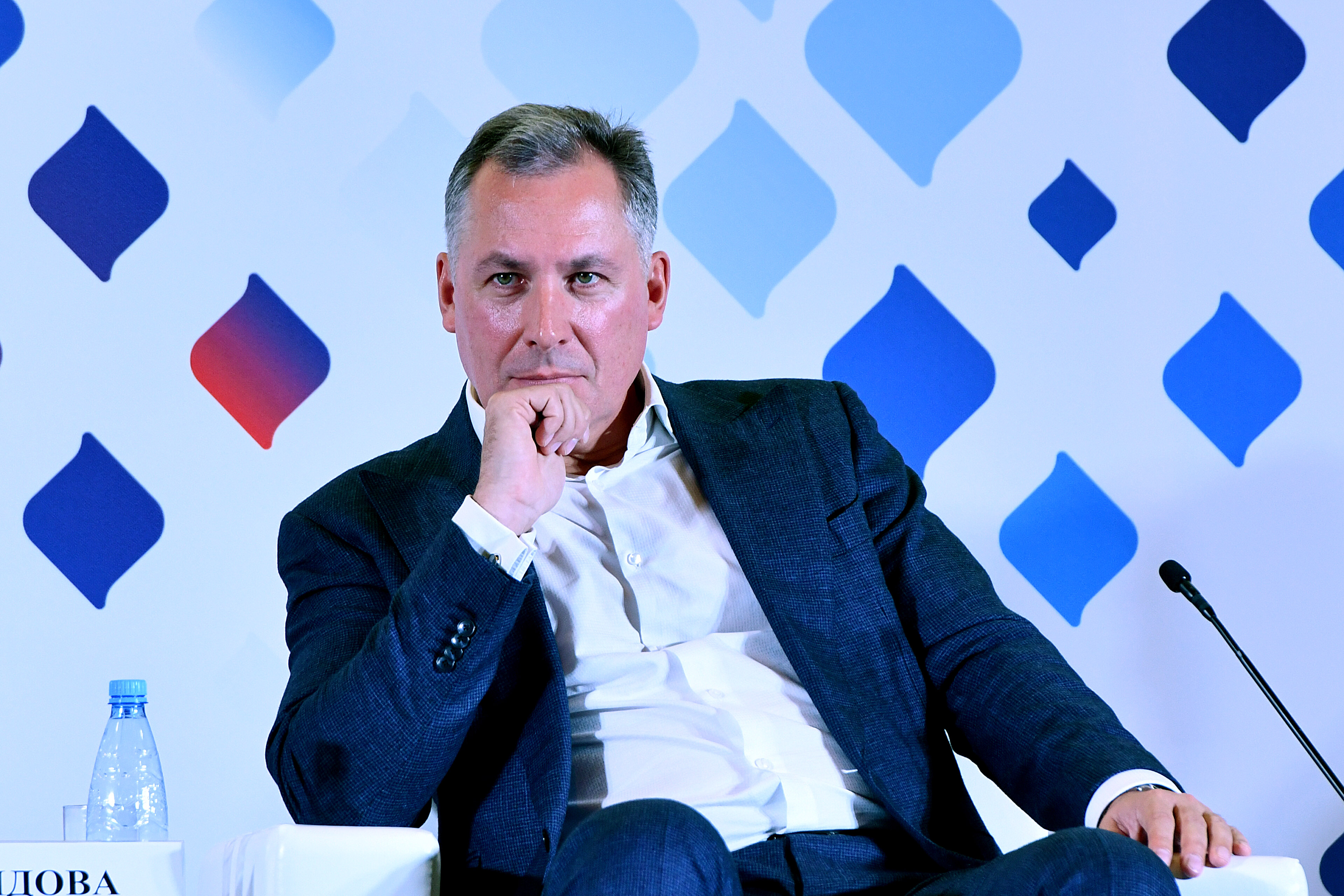 Stanislav Pozdnyakov: “The only plan ahead is the full participation of the Russian Olympic team in Tokyo 2020”

The President of the Russian Olympic Committee spoke to reporters after the meeting of the ROC Athletes’ Commission with representatives of the All-Russian Sports Federations. He emphasized that this meeting was the first of its kind and was completely justified. During the meeting, there was productive dialogue which turned out to be useful for all the participants.

The President of the Russian Olympic Committee spoke to reporters after the meeting of the ROC Athletes’ Commission with representatives of the All-Russian Sports Federations. He emphasized that this meeting was the first of its kind and was completely justified. During the meeting, there was productive dialogue which turned out to be useful for all the participants.

– We decided that modern challenges for the Olympic movement and life in general require closer contact with athletes, – said Stanislav Pozdnyakov. – Athletes are the major driving force in sport, everything centers around them. Therefore, it follows logically that the country’s main Olympic organization should have direct dialogue with athletes, by creating networks where we can exchange information and receive feedback. All our actions and plans should be in alignment with those of athletes.

The first scheduled meeting was a success. The declarations and resolutions adopted following the results of the meeting will help athletes feel more relevant not only in the modern Olympic movement, but also beyond the world of sport where they interact. Today athletes fully expressed matters of concern and the priorities that exist in their lives. These points are reflected in the adopted documents set to be presented within a week at the Olympic meeting.

Only in this way, by combining joint efforts of sports leaders and athletes, can progress be made. Moreover, we all share the basic Olympic values and promote them in our society. One of the main outcomes was the decision to hold such meetings annually. The next scheduled forum is to be organized after the Olympic Games in Tokyo. The main topic on the agenda will be how athletes can increase their influence on the modern Olympic movement.

– Is it right to say that regardless of the decision on RUSADA’s status, the participation of our athletes in the 2020 Olympic Games under the Russian flag is not in jeopardy?

– There is no Plan A or Plan B. The only plan ahead is the full participation of the Russian Olympic team in Tokyo 2020. There are no other options on the table.

– What can be expected from the WADA Executive Committee meeting due to be held on December 9?

– It is difficult to predict the final decision. The fact that the meeting will be held on December 9 already indicates that the group of Russian specialists did not reach a final consensus with WADA technical experts. It is difficult for me to elaborate as I honestly do not know the technical details. From the viewpoint of the Russian Olympic Committee, I have already made our expectations clear. Our expectations are unambiguous and have been voiced by the President of the IOC, although there has been quite a negative reaction from our opponents who are already putting pressure on the IOC in the media.

– Under the new anti-doping rules, the disqualification period for cocaine and marijuana use has been sharply reduced. What is your take on this?

– I believe that the heads of the respective divisions should give an assessment of the changes that have been introduced into the existing anti-doping legislation. In my opinion, the current standards for the rejection of any form of drug use are crucial and valid. Punishment for drug use should exist by all means since it primarily undermines the health of athletes. It also undermines the foundations of society in terms of morality and our joint efforts to promote a healthy lifestyle on the part of our citizens. A bad example is always bad. And my attitude towards this remains unchanged.

– There have been reports of problems with the allocation of tickets to Russian fans for the Games in Tokyo. Is this issue being solved and how many tickets have been allocated?

– The official ticket agent in Russia announced the purchase of about 29 thousand tickets. The Tokyo 2020 Organizing Committee initially confirmed 4 thousand. To date, 14-15 thousand tickets have been confirmed. After we actively joined efforts to resolve this issue, the quota increased substantially, reaching half of the declared amount. We will certainly continue to do our best. I hope that the full amount of tickets, announced by the ticket agent, will be bought by fans. Although Tokyo is quite far from Moscow, Japan is our geographical neighbour, and we look forward to seeing our fans in Tokyo and hope that all the tickets will be sold out.