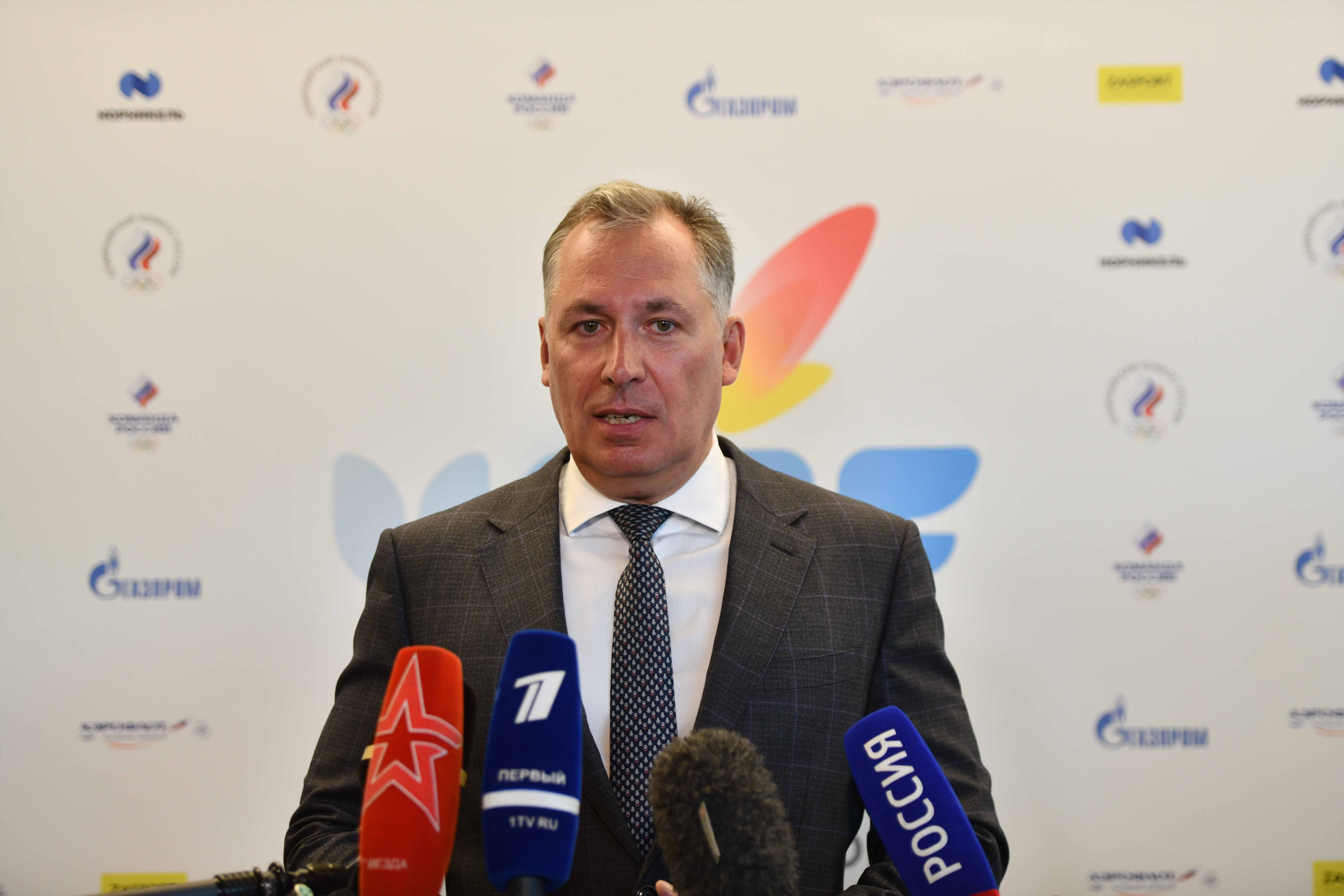 Stanislav Pozdnyakov: “The ROC does not question the expediency of holding the Games in Tokyo”

The event took place on June 1, International Children’s Day, at the Irina Viner-Usmanova Gymnastics Palace. The Forum has already become a tradition. This year, about 200 young athletes aged from 14 to 18 years, representing regions of Russia, as well as the national Olympic committees of Azerbaijan, Kyrgyzstan, Armenia, Belarus, Kazakhstan, Tajikistan, and Uzbekistan arrived on the capital.

The event, which this year takes place in both offline and online formats, is organized by the Russian Olympic Committee with the support of Elena and Gennady Timchenko Charitable Foundation, the IOC Olympic Solidarity Committee, and with the assistance of the Russian Anti-Doping Agency (RUSADA).

– This Forum primarily aims to protect future sports heroes, Olympians from the negative phenomena in sport that we unfortunately observe and fight against incessantly, said Stanislav Pozdnyakov. — We believe that the new generation of Russian athletes should be properly informed and, by the example of our great athletes, understand that it is possible and necessary to achieve high results without doping.

The second objective of the event is friendship, respect for each other, and the pursuit of excellence. These are the basic Olympic values that we teach our children, today’s Olympians. We had guests from seven National Olympic Committees, which is also very significant.

Part of the program takes place online, in a hybrid format. In this way, we try to reach as large an audience as possible, first of all, Russian-speaking, from neighboring countries. Through sports we try to make this world a better place. I think that the guys will become friends, learn a lot and in the future, in a few years, they will stand on the stage and tell the next generation of athletes what the Olympics is.

– Given today’s realities, was it difficult to organize the offline part of the event?

– It was complicated enough. Of course, the team that prepared this Forum took into account the prescriptions of Rospotrebnadzor, and all athletes were subjected to PCR tests. We’re already used to operating in the pandemic. But gradually, life should get back to normal. And not just in services, but also in sports. – Your personal feelings about the Forum?

– I feel a sense of joy. I’m very fond of young audiences. Burning eyes, smiles that the young participants of the Forum give us, charge and motivate us even better to approach raising youth and protecting their interests. It is no coincidence that the event takes place on International Children’s Day — it reflects the philosophy of what we do. We are a big Olympic family, without borders or limitations. And we want to develop together in the big society, give joy to each other from what we live, what we do.

– Will the All-Russian Olympic Day take place this year, and what dates will it be held?

– Yeah, we’re going to run it before the Olympics. The estimated date is July 4. The ROC Executive Committee will meet on July 1 to approve the composition of the team for the Tokyo Games. And the competition in Japan will be one of the leitmotifs of the All-Russian Olympic Day.

– How has the coronavirus affected the athletes’ preparation for Tokyo, and how is their vaccination process going?

– The biggest impact of the coronavirus is that the Games have been postponed by one year. As far as athletes are concerned, there is no talking about a full competition calendar in the current circumstances. The number of tournaments has been reduced at times.

And the vaccination process takes its course. The closer the Olympic Games, the more athletes, and not only Russian athletes, take the opportunity to be vaccinated to make future competitions safe.

– Tokyo has extended the state of emergency, and a significant part of the population opposes holding the Games on the current dates. How feasible is it to hold a competition in such conditions?

– The Russian Olympic Committee does not question the expediency or necessity of the Games. Unprecedented security measures are planned for the Olympic Games. All athletes and competitors will be in the bubble conditions tested in many competitions. Little or no contact with the local population is anticipated. Therefore, in our opinion, the decision of the IOC and the Tokyo 2020 Organizing Committee to hold the Games is right, logical, and responsible.

– You probably meet with the heads of the sports federations. What are the main problems you discuss?

– Recently we’ve had more than 20 meetings with the heads of all-Russian sports federations. Of course, there are a number of complexities. For example, most of the teams that were planning to hold the final stage of preparation for the Games directly in Japan are forced to transfer the training camp to the territory of the Russian Federation. Fortunately, we have the Far East, whose time zones are close to Japan. This provides an opportunity for climate-geographical adaptation.

Other tasks are related to current issues. Some teams lack accreditation as the Tokyo 2020 Organising Committee tries to minimise the number of delegations. We are approaching this topic in a very flexible way.

The Russian Olympic team staff is 100 percent set up, and work will soon begin on the transportation of cargo to the competition site.

– Which sports bases of the Far East do you intend to use?

– In Vladivostok the capacities of “Olimpiets” complex and Far Eastern Federal University will be used. There are grounds in Ulan-Ude, Komsomolsk-on-Amur, a number of athletes plan to prepare in Khabarovsk. The geography is very broad. 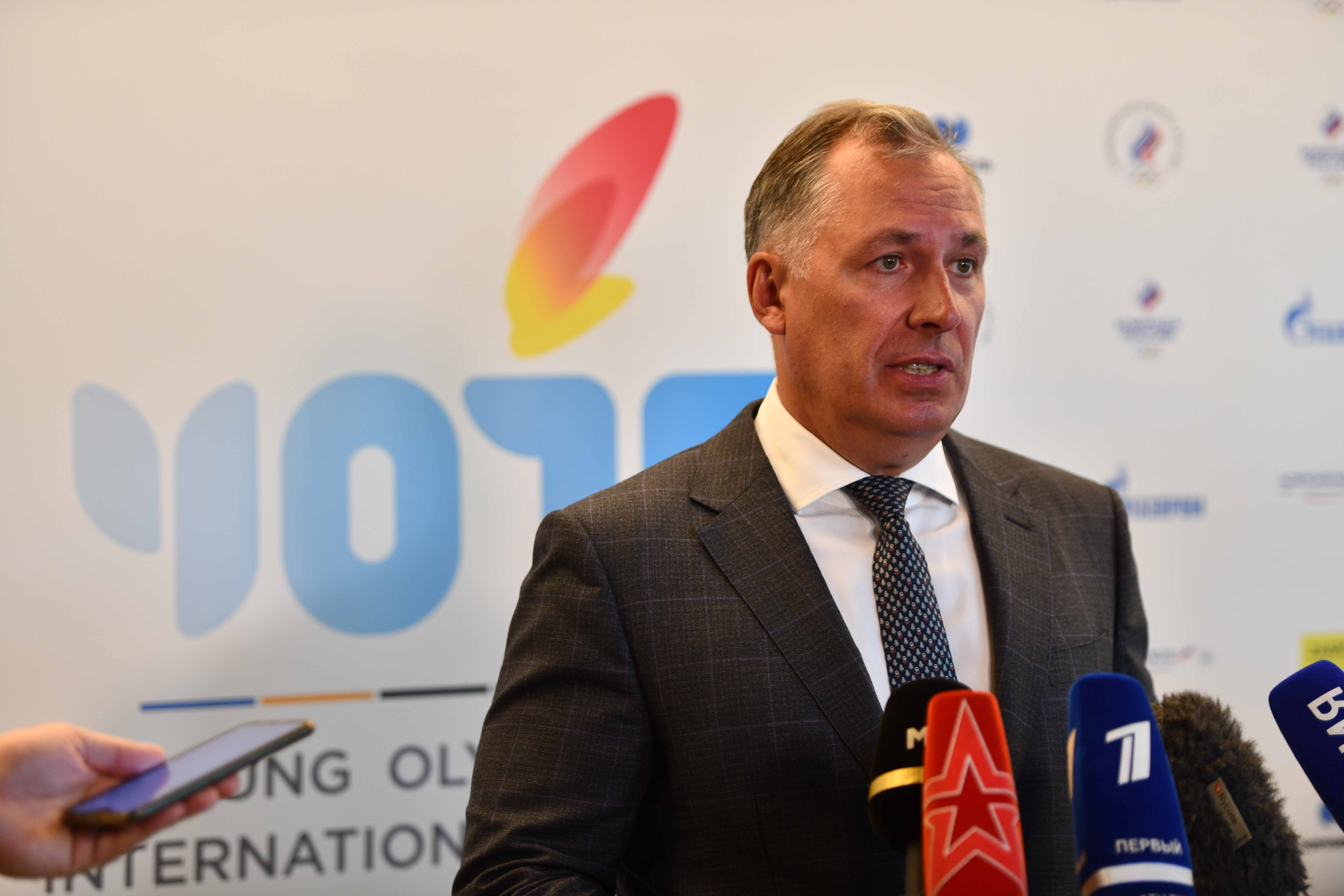