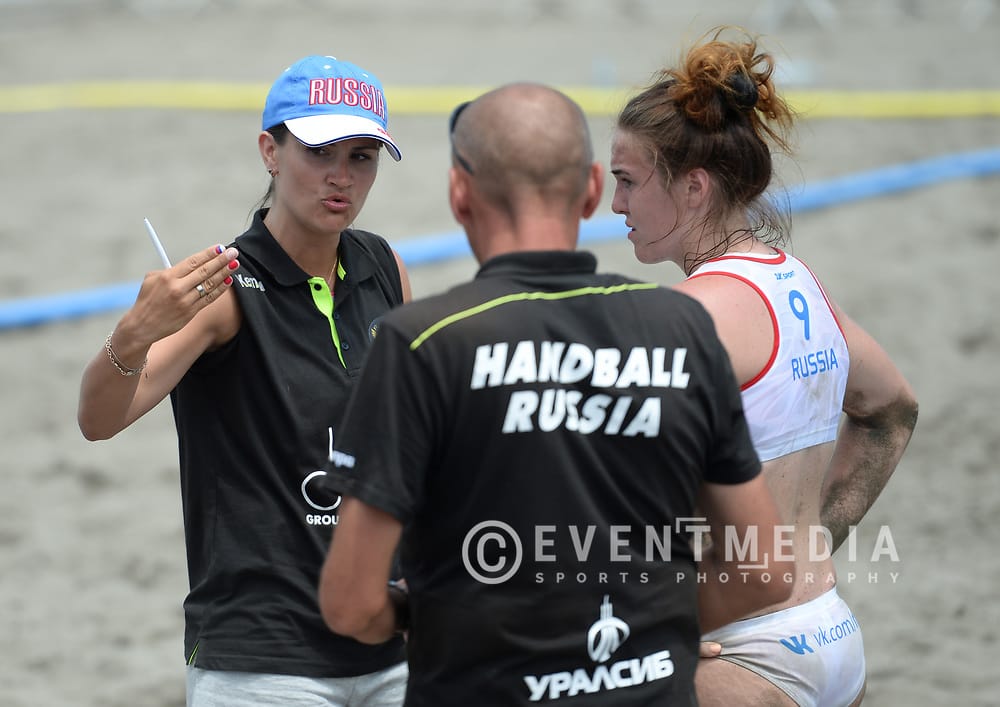 Anna Sidoricheva: «We will decide upon the team composition before Septemeber 26»

At the 3rd Youth Olympic Games in Buenos Aires Beach Handball  will make its debute along with Acrobatic Gymnastics, Breakdancing, Karate, Roller Skating, Bascketball 3×3, Field Hockey and Futsal. In Beach Handball Russia will be represented by the women’s team, consisting of athletes (under 18), who took 6th place at the 2018 European Championship in Montenegro.

At the 3rd Youth Olympic Games in Buenos Aires Beach Handball  will make its debute along with Acrobatic Gymnastics, Breakdancing, Karate, Roller Skating, Bascketball 3×3, Field Hockey and Futsal. In Beach Handball Russia will be represented by the women’s team, consisting of athletes (under 18), who took 6th place at the 2018 European Championship in Montenegro.

Handball tournament draw was conducted on September 8, 2018, in Buenos Aires. IHF Beach Handball Working Group Chairman Giampiero Masi placed the Russian team into Group A. So Anna Sidoricheva’s team will play against the teams of Hungary, Croatia, Taipeh (China), Samoa (USA) and Mauritius. Group B consists of the teams of Holland, Argentina, Venezuela, Paraguay, Hong Kong and Turkey. Thus 12 teams will start the tournaments on October 8.

The first three teams in each group will pass to the final phase where they will carry over the points obtained against the opponents that also make it to the group of six but will only face opponents from the other zone. The four first teams in the elimination stage will face one another to determine which teams will vie for the gold medal and the match for third place.

Main rules of the Beach Handball:

Head Coach of the Rssian women’s Beach Handball team (U18) Anna Sidoricheva in an interview with the ROC Information Service said that the final composition of the team wil be defined at the training camp in Korolyov.

– The training sessions at the training camp in Moscow Oblast, will start on September 22. There will be an indoor sandy playground at our disposal. Equipping is scheduled for September 26 and will take place in Moscow. By this time the coaching staff will choose 9 players, that will go to Buenos Aires.

– Will there be many changes to the application, compared to the one at the 2018 European Championship?

– No. To my mind the team composition that performed in Montenegro was the strongest in the history of this team. We qualified from the group confidently, but in the quarterfinals we were defeated by the future European champions, the Hungarian team. In both periods we lost by 2 points. At that, in my opinion at the end of the first period there was a certain infraction on our joker, but the judges evaluated it differently. As a result, it was a bitter loss…