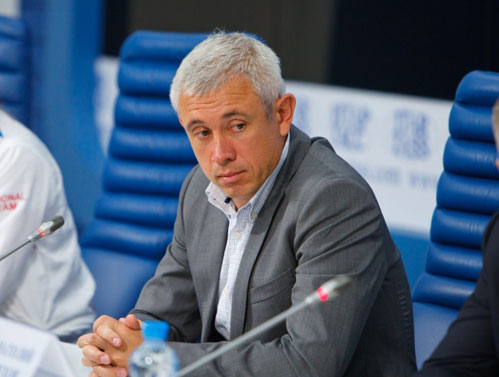 Vadim Ivanov: “Our taekwondists will go to Buenos Aires for medals!”

Ocober 6-18, in Buenos Aires III Summer Youth Olympic Games will be held.  At these Games ten sets of medals in five weight categories (men’s and women’s) will be contested in the Taekwondo tournament.

Ocober 6-18, in Buenos Aires III Summer Youth Olympic Games will be held.  At these Games ten sets of medals in five weight categories (men’s and women’s) will be contested in the Taekwondo tournament.

Vadim Ivanov in his interview to the ROC Information Service Vadim Ivanov, Head coach of the Russian national Taekwondo team, introduces the athletes, who will perform in Argentina, and spoke about the team’s preparation and the expected results.

– Olympic licenses were played on April 6-7 this year at the qualifying competition in Hammamet, Tunisia, – said Ivanov. – In order to complete the main task it was enough to take seventh place or higher, but all guys exceeded the target. Polina Scherbakova (44 kg) and Grigory Popov (55 kg) vecame winners in their weight categories, Dmitri Shishko (48 kg) took second place and Kristina Adebayo (63+ kg) took third place.

Another candidate for the Olympic team to go to Buenos Aires is Maxim Yemelkin. He also met the qualifying standard, taking third place in the under 63 kg category, but he did not make it into the Olympic team due to cut of the number of quota places from six to five.

All future participants of the Youth Olympic Games are current winners of the championship of Russia among athletes of 15-17 years. In addition, at the last year’s European Junior Championships in Larnaca Shcherbakova, Radninskaya, Adebayo and Popov won gold medals, and Shishko became second.

– Thus, we can expect high results from this fivesome in Argentina as well, right?

– The guys will go for medals! Taking into account their achievements, it would be strange to set other goals. The preparations are going according to plan. Two days ago the team returned from the training camp in Bronnitsy. Another cycle of trainings at this training-center near Moscow is still ahead.

– Quite true. Therefore, the traditions must not be broken! By the way, in 2010 Anastasia Valueva went down in history as the first champion of YOG. In Singapore, Nastya won in the weight category under 44 kilograms, and it was the first set of medals played in this competition. Aliaskhab Sirajov (73 kg) won silver at those Games.

Four years later, in Nanjing, China Russian taekwondists added silver and bronze medals to their overall medal haul: Yulia Turutina (63 kg) and Tatiana Kudashova (55 kg) distinguished themselves. And, it should be noted that both in Singapore and in Nanjing Russia   was represented by only four taekwondists.