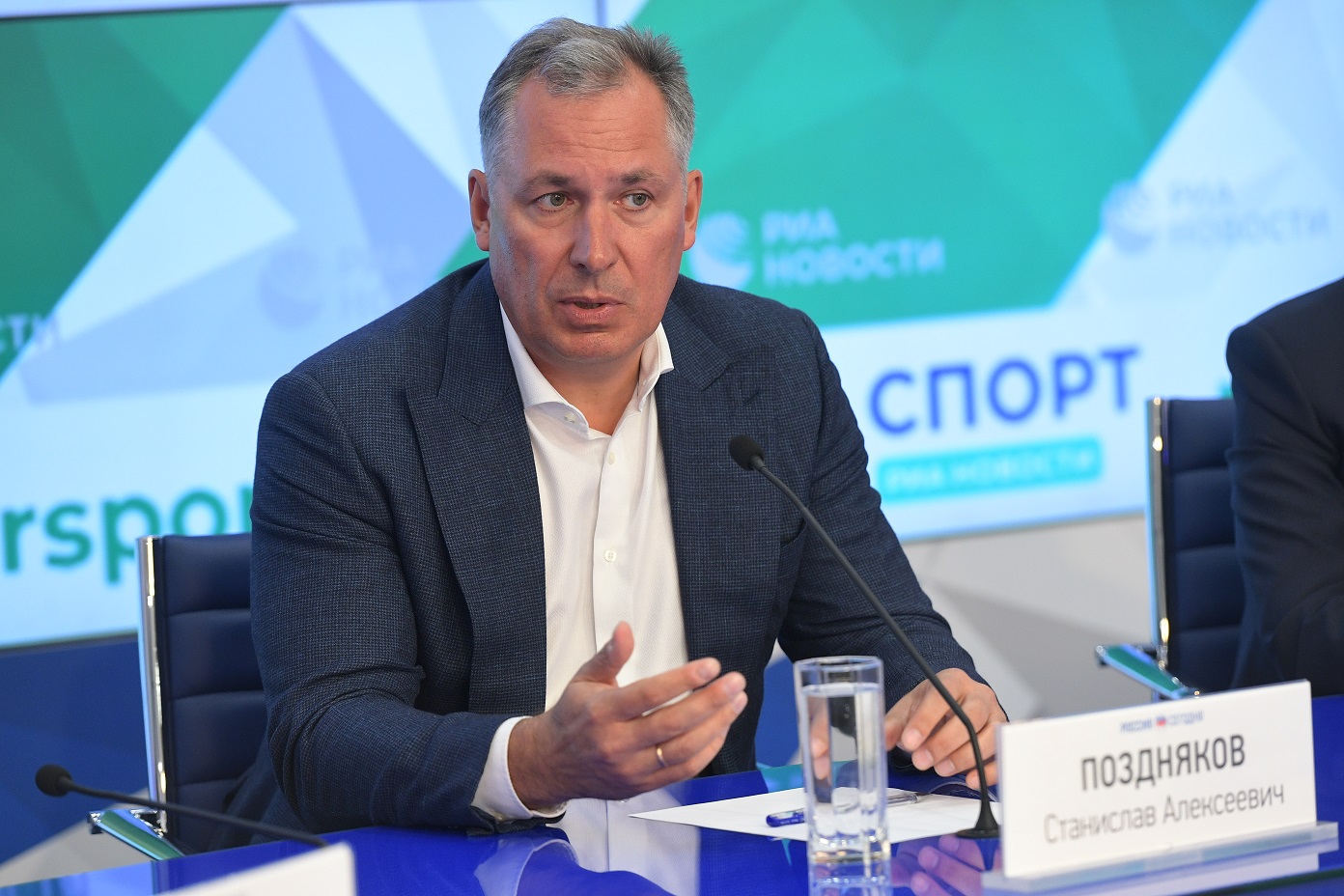 Stanislav Pozdnyakov: “Almost all of our wrestlers are contenders for Olympic medals”

As part of activities of the ROC Team Media Center, the President of the Russian Olympic Committee spoke about interaction with the Russian Wrestling Federation and touched upon the recommendations and requirements for countering coronavirus, as well as expectations in regard to the performance of our wrestlers at the Tokyo Games.

As part of activities of the ROC Team Media Center, the President of the Russian Olympic Committee spoke about interaction with the Russian Wrestling Federation and touched upon the recommendations and requirements for countering coronavirus, as well as expectations in regard to the performance of our wrestlers at the Tokyo Games.

– We have had a long-standing friendship and productive interaction with the Russian Wrestling Federation. The Federation pursues a very competent policy in terms of the development of the sport within the country and at the same time establishes very clear and effective relations with foreign partners, including the international federation. It is the unofficial leader in the wrestling world, – said Stanislav Pozdnyakov.

Of course, this has its own unique background. Historically, wrestling has been a sport that has brought a large number of gold medals to our country. Many years have passed since the performances of the Soviet national team, but it is the USSR team that remains the undisputed leader in terms of gold medals won. The wrestlers of modern Russia are also showing good results and they are in the Top 4 with 30 gold medals.

I have been to various events and competitions held by the Wrestling Federation on numerous occasions. The work carried out with the regions is a fine model that many can follow.

It is very important to highlight the work of the Federation within the framework of the ROC. Mikhail Mamiashvili is actively working with the Executive Board of our organization. Moreover, he is a member of the Bureau of the ROC Executive Board, which includes members directly involved in operational activities. His expert opinion and principled approach to a wide number of issues has assisted in the development of not only wrestling, but also sport in general. Let me give you a concrete example. The ROC is implementing an assistance program for the national federations in regard to remuneration of foreign specialists and coaches at the international level. Mikhail Mamiashvili noted that we have many talented specialists too and suggested that we come up with ways to support them. The Russian Olympians Foundation met us halfway and today, leading domestic coaches receive similar remuneration when they achieve excellent results, sometimes even more than foreign specialists. Thus, this initiative has made it possible to avoid the outflow of our personnel abroad, even in a competitive environment such as sport

– Could you talk about the expectations for our wrestlers in Tokyo?

Wrestling at the Games in Tokyo will take place from August 1 to 7. Our wrestlers have won 17 out of 18 possible licenses. Of course, all of our participants, to one degree or another, are fully-fledged contenders for Olympic medals. The Russian Olympic team looks at the wrestlers with hope, wishes them great success and will provide all necessary support.

Now we are holding a series of meetings with the leaders of the national sports federations in the ROC so as to resolve issues that have accumulated two months before the start of the Games.

The Olympic Games this year will be a unique experience. There are difficulties with logistics and flights since Japan is closed for foreign tourists and fans. Nevertheless, I am sure that our athletes will not be left without support. They will feel that our entire large country is behind them. We still hope that it could be possible to implement the fan zones project should the epidemiological situation permit. We will do our best.

As for the training process, we are trying to use all the possibilities of our great country. The Far East, in terms of time zones, is close to Japan, and representatives of wrestling are planning to hold their final training camps there. – Women’s wrestling is widely popular and well-developed in Japan. How do you assess the chances of our women’s team?

– At the previous World Championship, the Japanese women’s team won and our team came second. As a former athlete, I can say that it is preferable to participate in the main Olympic event being initially in second place. Being the favorite is always psychologically much more difficult. Therefore, you need to look ahead and not think about previous defeats.

These Games will be one-of-a-kind. The cycle isn’t four years, it’s five. A whole generation of athletes has changed. We must pay tribute to those who have still retained their potential and are due to participate in the Tokyo Games. They feel that they still owe their competitors a good game and that should also motivate them.

I really hope that the above factors will help our female athletes to cope with the excitement in the run-up to the Games and show their strongest qualities. Participation in the Olympic Games itself is already an achievement for any athlete. And the opportunity to show oneself in the best possible way is a definitely a triumph in any sphere.

– What should our athletes expect in Japan in terms of the on-going fight against coronavirus and what should special attention be paid to?

– Paying close attention to health and safety is most important of all. The IOC estimates that about 80 percent of Olympic competitors will be vaccinated or have sufficient antibodies. The worst thing that can happen to an athlete is to get sick right before competitions start. Five tiresome years of preparation and getting a positive PCR test on the eve of the Olympic Games is quite the tragedy. I am not tired of talking about the need for vaccination and control over the level of antibodies in athletes who have recently got the disease. Antibody levels are dropping and sometimes even faster than we would like. We pay particular attention to the issues of vaccination, as well as the safety of athletes and specialists. I am very grateful to our colleagues from the FMBA who are keeping us in check and are providing us with information and analysis of the epidemiological situation in the country.

It is already clear that Sputnik V is safe for athletes and provides an adequate immune response. The Federal Medical-Biological Agency readily responded to our request and a schedule for vaccination of federations and sports teams has already been formed.

Most of the qualifying events have been completed, allowing many sports that have previously abstained from vaccination to do so and prepare for the Games in a collected and composed manner.

An important point concerning specialists. According to the rules distributed by the Tokyo 2020 Organizing Committee, the only condition for participation in the competition of those athletes who have passed the selection procedure and are set to participate in the Olympic Games will be a negative PCR test. Only in this case will they be eligible to perform. If any of the specialists or coaches are in close contact with PCR-positive participants, they will be quarantined.

Therefore, a paradoxical situation might arise in which a coach who has antibodies, but finds himself in the company of a sick colleague, will not be able to assist his athlete during competitions. That’s why, from our viewpoint, vaccination is mandatory for all coaches and specialists.

I am sure that by the time the Olympic Games kick off, the overwhelming majority of members of our Olympic delegation will have met the safety criteria. I am certain that they will be able to show their best qualities not only in the fight against coronavirus, but also during fair and robust competition with their opponents. 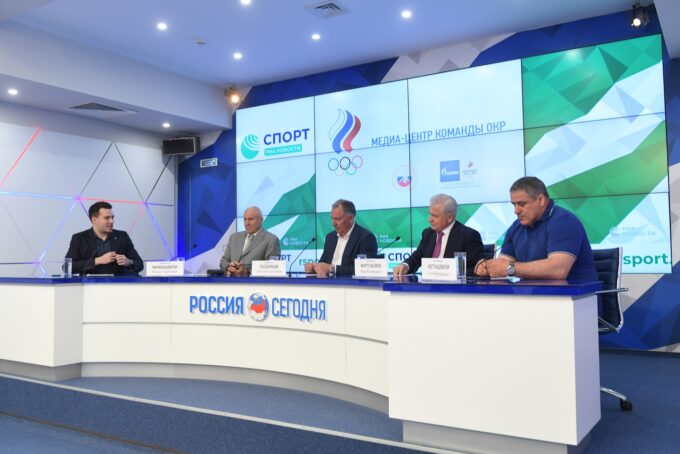 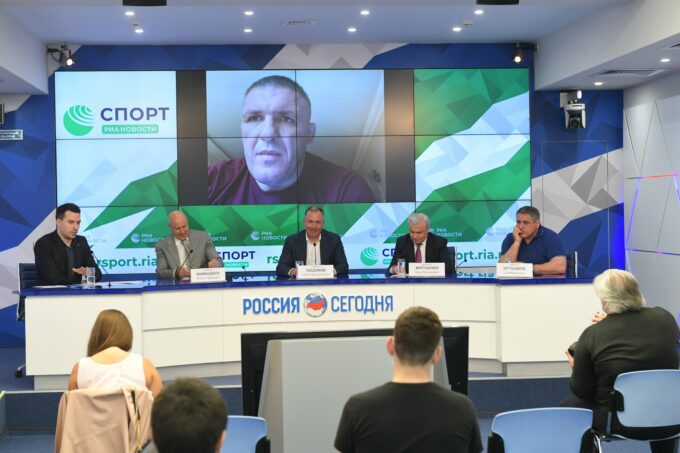 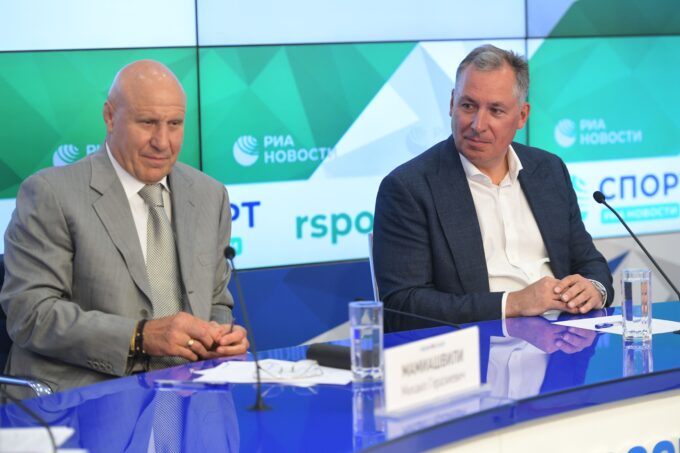