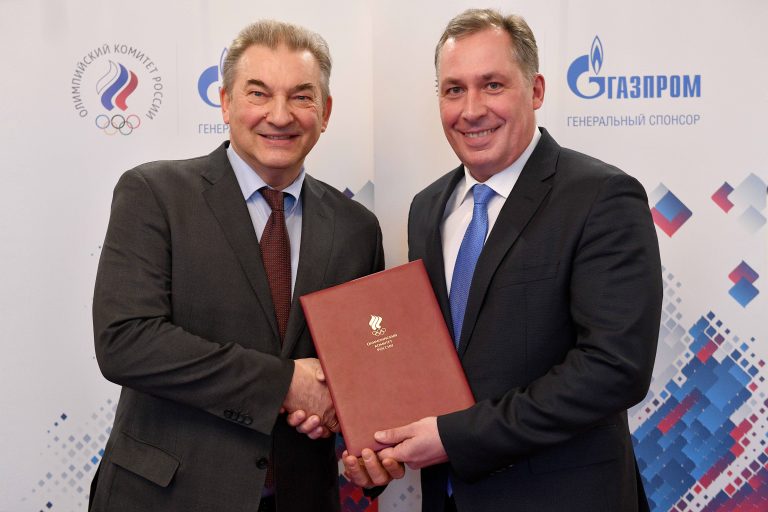 Today the ROC president continued a series of working meetings with heads of winter sports federations, which resulted into prolongation of cooperation agreements with Federations of Figure Skating and Hockey for four more years.

Today the ROC president continued a series of working meetings with heads of winter sports federations, which resulted into prolongation of cooperation agreements with Federations of Figure Skating and Hockey for four more years.

At the meeting with the president of FSFR Alexander Gorshkov, the members talked about implementation of the main points of the Program of assistance to training of Russian athletes, candidates for members of the Olympic team of Russia, and ensuring participation of the Olympic delegation of the Russian Federation in the XXIV Olympic Winter Games Beijing-2022 (People’s Republic of China).

— FSFR has developed very good partnership with ROC, and I am very glad about it, said Alexander Gorshkov. One of the most valuable parts of our cooperation is sincere desire to help. The Russian Olympic Committee had different periods, different level of opportunities, but we were never left alone. In case of need of operational assistance, for example, in training and treatment of figure skaters, we always received it.

The head of FHR Vladislav Tretiak invited Stanislav Pozdnyakov to visit Hockey World Cup finals at the end of May in Slovakia.

— The Russian Ice Hockey Federation works in close contact with ROC, highlighted the three-time Olympic champion. As we know, the Hockey World Cup takes place every year, and this is our way to the Olympic medals. I would like to note support of ROC in organization of hockey events, anti-doping seminars, implementation of innovative solutions in sports preparation. Moreover, it is very important that ROC helps federations to decide on the location of adaptation camps before the Olympic Games. All these items are set out in the agreement signed today.

Stanislav Pozdnyakov notes that time flied quickly and it was necessary to prepare for the Games-2022 already today.

— Over the last Olympic cycle, we have accumulated successful experience of interaction with all-Russian sports federations, added the ROC president. The Olympic Games in Pyeongchang were difficult for all. There were obstacles on every step, for example, with certification of the equipment according to the IOC rules. And all together we have walked that way with honor, having achieved a complete reinstatement of the status of ROC in the IOC, despite all the circumstances.

I personally have only positive emotions from the Games-2018. Of course, we will remember those glorious victories – difficult, but very important a victory in hockey or beautiful and magnificent victory of Alina Zagitova in figure skating. Or look at the progress of other athletes in Pyeongchang, which will remain in our memory. Skiers were just brilliant! We were competitive in freestyle, short track, speed skating and skeleton, despite the very young average age of the team. Or we could recall huge attention to the medals of Zhenya Medvedeva with whom we also took part in the work of the IOC Executive Committee on the penultimate day of Games when the destiny of ROC was to be decided.

Today together with colleagues from ARSF we are making plans for the next four years. Beijing is getting closer. Based on new agreements with federations and the program adopted by the Olympic meeting in December, 2018, we are going to train our athletes for the Games-2022, summed up Stanislav Pozdnyakov.