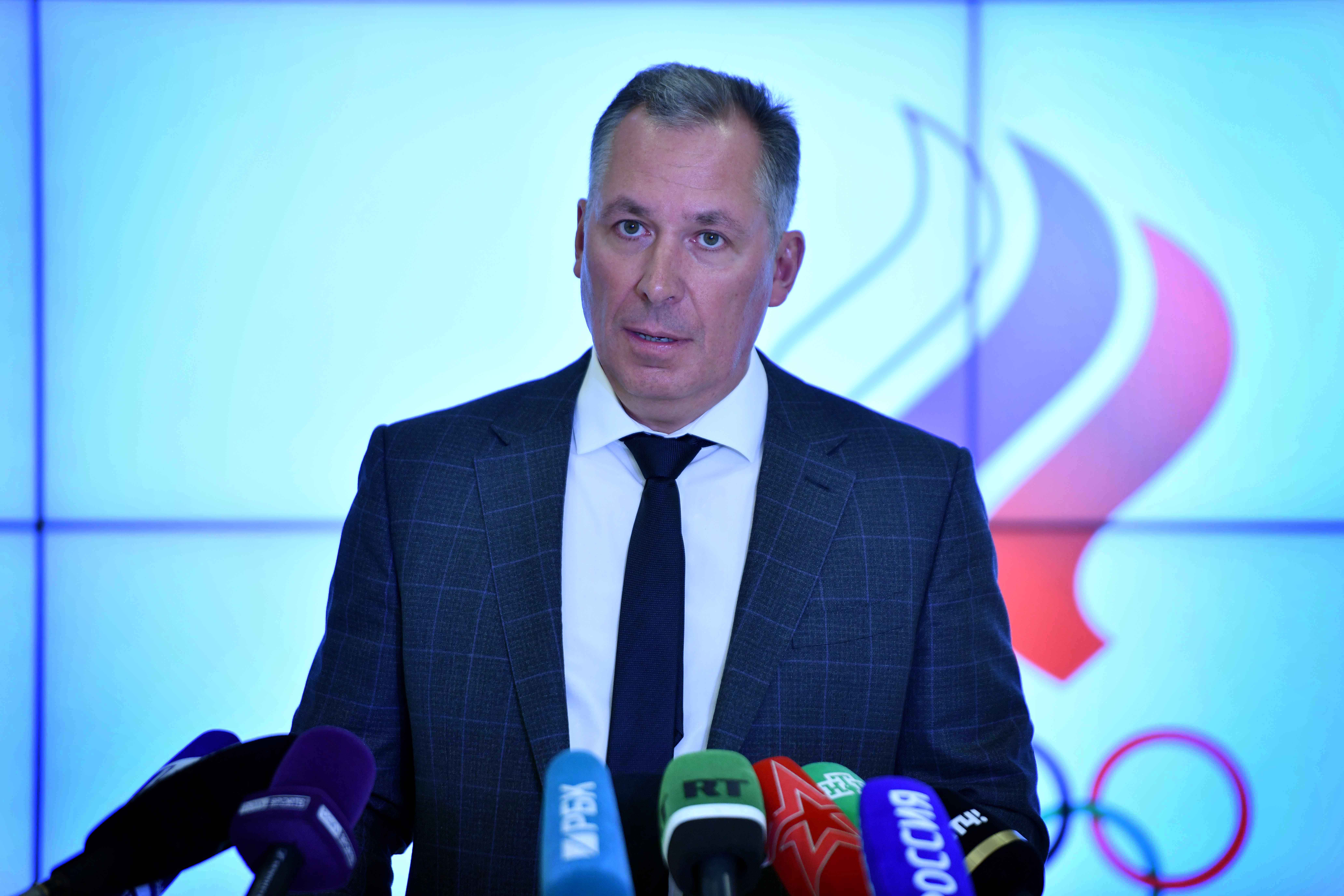 Stanislav Pozdnyakov: “Colleagues from the IOC listened to us and took our wishes into account”

The President of the Russian Olympic Committee elaborated on the recently published IOC guidelines on the use of logos, musical accompaniment and other attributes of identification for Russian athletes which will be applied over the next two years, including at the XXXII Summer Olympic Games in Tokyo and the 2022 Winter Olympics in Beijing.

The President of the Russian Olympic Committee elaborated on the recently published IOC guidelines on the use of logos, musical accompaniment and other attributes of identification for Russian athletes which will be applied over the next two years, including at the XXXII Summer Olympic Games in Tokyo and the 2022 Winter Olympics in Beijing.

— The guidelines published by the IOC have been endorsed by all parties. This was preceded by a lot of work during a period of two months. A scrupulous attitude to each and every detail allowed us to make sure that our colleagues from the IOC took our wishes into account. I would like to thank the ROC staff who did a great job on a daily basis and the International Olympic Committee as well.

WADA’s Compliance Review Committee (CRC) has deemed the guidelines contained in this document to be in line with the decision handed down by CAS. Thus, the actions of the IOC and the International Federations hosting the Olympic Games and World Championships will not be subject to any repercussions by the World Anti-Doping Agency if all regulations are complied with.

At the Olympic Games, our team will use the ROC acronym and we will perform as the ROC Team. This marks a change from the Pyeongchang 2018 Winter Games when the ROC was suspended. In Tokyo and Beijing, the Russian Olympic Committee will fully participate.

There are several reasons for using this particular acronym. First, it is required for television broadcasts and protocols. The second reason is that the CAS decision clearly states that the word “neutral” should be added to the words “Russia” or “Russian.” In this case, all the parties discussing this issue came to the conclusion that an acronym would be the best option. In effect, this is not a ban, but a kind of consensus that the parties came to as a result of negotiations.

We assume that the outfits will only bear the ROC acronym which has been approved and authorized for use. It historically includes the colours of the Russian flag. As for the team flag at the Olympic Games, it will be a flag with the ROC emblem displayed on a white field. By the way, we have always symbolically passed this flag on to our Olympic athletes before their departure to the Olympic Games.

Regarding the World Championships, then most of the National Sports Federations at these tournaments will use their own logos bearing the colours of the national flag. The only exception will be the Russian Biathlon Union which continues to discuss this topic with the respective international federation.

The guidelines laid out by the IOC include, among other things, the mechanism for using the logo of the Russian Olympic Committee at the World Championships. A great example would be the upcoming World Ski Championships. In Russian sport, there are several national ski sports federations, unlike the International Ski Federation which combines cross-country skiing, ski jumping, Nordic combined, and Alpine skiing. In such cases, when it is not possible to use several logos at one competition, an agreement has been reached on the possibility of performing under a unified ROC logo.

In addition, our logo can be used at the World Championships if the original emblem of the National Sports Federation contains elements of the State Emblem and cannot be modified.

The revised outfit option for athletes and officials has now been approved by the International Olympic Committee. We have developed the design together with ZASPORT and it will soon be presented to the public by the official outfitter.

Furthermore, I would like to say a few words regarding the musical accompaniment. First, let me emphasize that it is in no way possible to replace the national anthem of the country. Of course, the national anthem should be performed in honour of our athletes’ victories. In the meantime, a letter from the ROC Athletes’ Commission was sent to the IOC with a proposal to use the composition “Katyusha” as the musical replacement. This request is now under consideration and no time frame has been set for the final decision by the IOC.