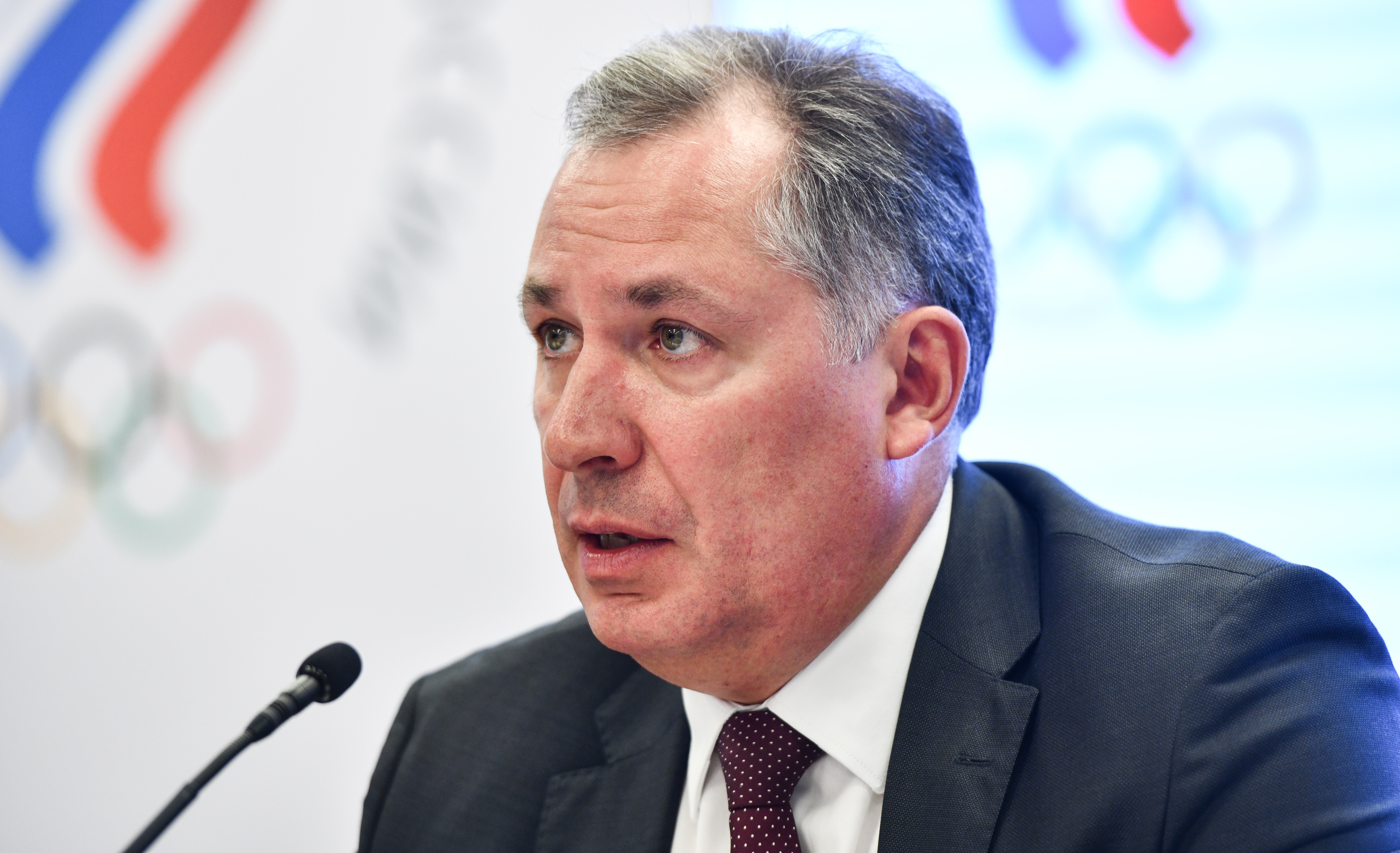 Stanislav Pozdnyakov: “Five Olympic champions and 18 winners of the 1st European Games will compete for medals in Minsk”

The President of ROC spoke to journalists about the main decisions taken today at the meeting of the ROC Executive Committee.

The President of ROC spoke to journalists about the main decisions taken today at the meeting of the ROC Executive Committee.

– In Minsk our delegation will be led by Director of Sports and Head of the Main Directorate for ensuring participation in Olympic sports events of ROC, Andrei Konokotin, – said Stanislav Pozdnyakov. – 225 athletes will perform in Minsk, including 52 Honored Masters of Sport, 18 winners of the 1st European Games in Baku, as well as five Olympic champions – Adbulrashid Sadulayev and Natalya Vorobyova (wrestling), Alexey Alipov (trap shooting), Anastasia Maximova and Maria Tolkachev (rhythmic gymnastics). Unfortunately, Aliya Mustafina was injured and will miss this event.

Twenty-one track and field athletes are to participate in the 2nd European Games. The team has already been formed and will take part in competitions under the national flag, regardless of the status of the Russian Athletics Federation (RusAF). In case of victory, our athletes will be able to complete the victory lap with the Russian flag in their hands.

In general, we have an efficient team. We expect to win about 70 medals, and 30 medals should be gold ones. Our priority task is to take first place in the total medal standing.

– The IAAF Council will hold a meeting this weekend where the report of the Compliance Committee will be presented and heard,” continued the President of ROC. – After that, Council members will decide on the official reinstatement of the Russia Athletics Federation.

The Russian side has fulfilled all the conditions specified in the roadmap. The money issue has been resolved and the samples from the Moscow laboratory have been fully transferred to WADA experts. This was confirmed by the Director General of WADA, Olivier Niggli, with whom we spoke as part of the International Forum of Young Olympians.

Regarding the information on violation of anti-doping rules by high jump champion Danilo Lysenko, this case is being separately investigated by the Athletics Integrity Unit of IAAF. Based on the results a verdict will be rendered. Those responsible, if found guilty, will be personally liable. I must emphasise – personally.

Any sanctions against the Russian Olympic team, for instance possible exclusion from participation in events under the auspices of IOC and EOC, are out of the question.