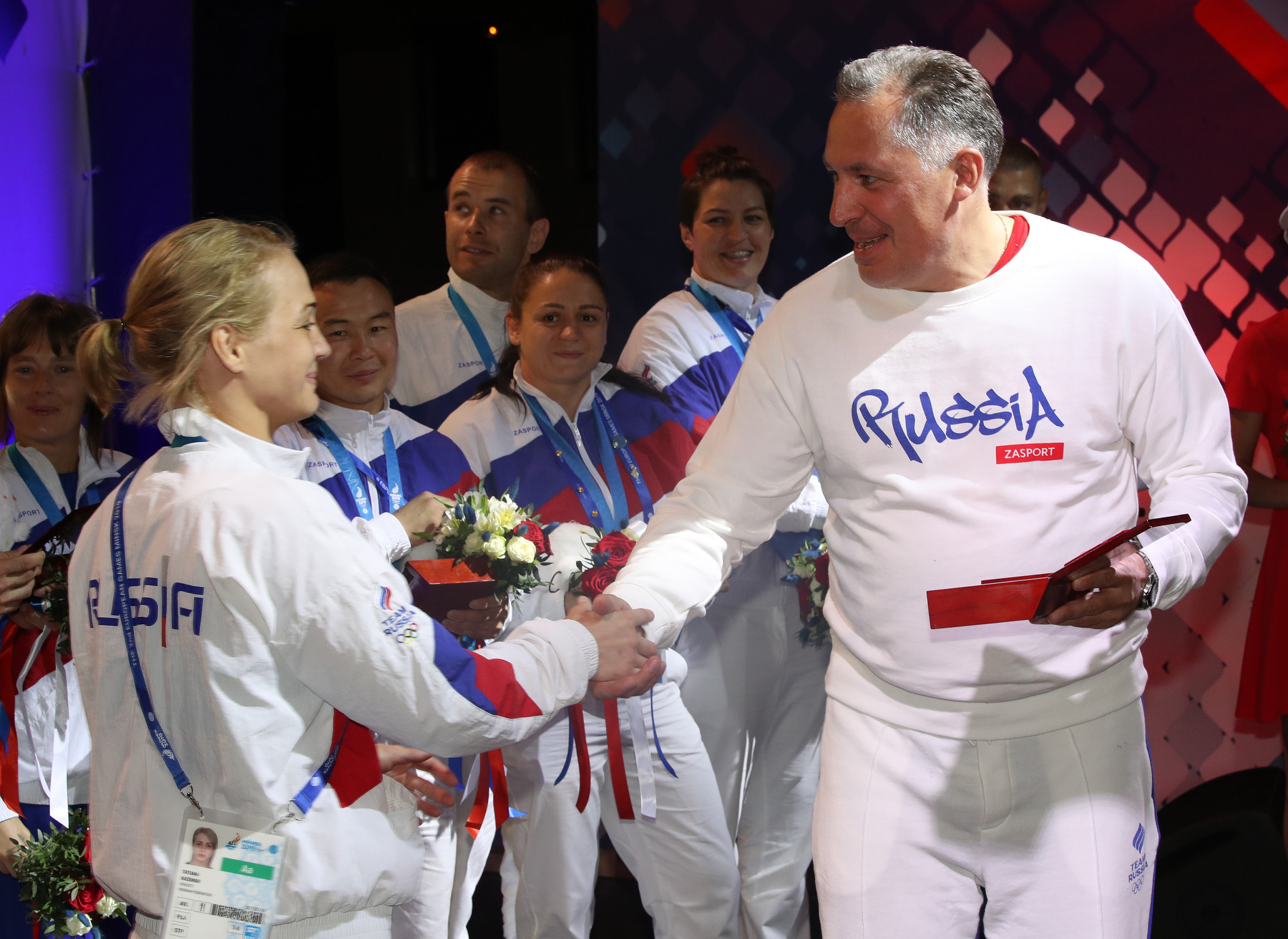 Stanislav Pozdnyakov: “I am extremely happy with the performance of our team in Minsk”

ROC President, Stanislav Pozdnyakov, in his interview to journalists accredited at the 2nd European Games, gave a high assessment of the performance of our athletes in Minsk, and also spoke about the results of the 134th session of IOC, where the host city of the 2026 Winter Olympics was chosen.

ROC President, Stanislav Pozdnyakov, in his interview to journalists accredited at the 2nd European Games, gave a high assessment of the performance of our athletes in Minsk, and also spoke about the results of the 134th session of IOC, where the host city of the 2026 Winter Olympics was chosen.

– In Lausanne, several important decisions for the Olympic movement have been made, – noted Stanislav Pozdnyakov. – The 2026 Olympic Games will be held in Milan and Cortina d’Ampezzo. The majority of IOC members voted for this decision. The choice in favour of this application was dictated by the rich experience of Italy in organising competitions in winter sports, and also due to serious public support within the country.

Moreover, the Italians provided government guarantees. Against the backdrop of changes in the Swedish government (Stockholm and Åre were also in competition), this factor also influenced the final decision.

The second important part was the inclusion of four sports into the programme of the 2024 Summer Olympics to be held in Paris. This is a pleasant development as Sergey Chernyshev won the gold medal at the Youth Olympic Games in Buenos Aires in breakdance, which will be represented in the Games in Paris, along with skateboarding, surfing and mountain climbing.

– Nevertheless, not everyone considers breakdance to be a sport.

– In terms of the level of physical exertion, breakdance is quite like many other Olympic disciplines and even more strenuous. It is interesting to young people and it attracts a lot of spectators. The 2024 Olympic Games will be held in an urban environment, and breakdance will complement it perfectly.

– Is IOC not worried by the logistical problems in the Italian application?

– The most close-packed Games were, of course, the Winter Olympics in Sochi. No other city has such distances between the coastal and mountain clusters and the sports infrastructure is unrivaled. In Italy, however, the distance from Milan to Anterselva is about 250 kilometers. However, the distance between Stockholm and Åre is more than 400 kilometers. So in this respect, the Swedish bid was less advantageous.

– How do you evaluate the interim results of Team Russia’s performance in Minsk?

– I am extremely happy. I think that my optimism is shared by the fans. The team performs decently and leads the medal count which is well-deserved. There is confidence that ultimately the Russian Olympic team will exceed the threshold of 30 gold medals.

– Here we are, talking in the House of Fans of Team Russia.

– When we worked on the concept of the House of Fans, we tried to take into account the interests of the fans and athletes as much as possible. According to the results of the first five days, we can already say that the project has been a great success.