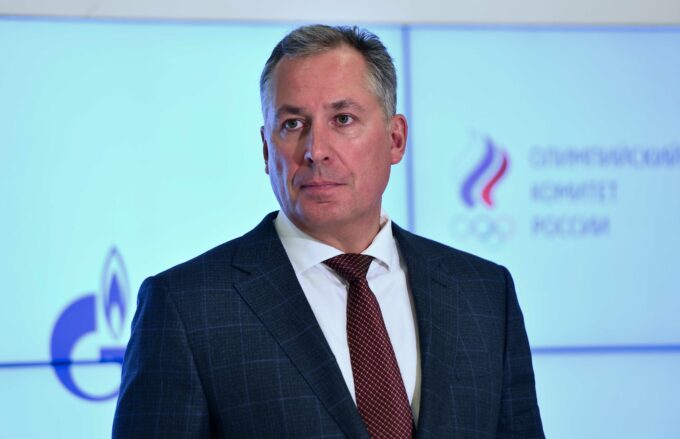 Stanislav Pozdnyakov: “Our athletes will go to Tokyo and Beijing under the ROC flag and will perform as the ROC Team”

The President of the ROC commented on the guidelines published today by IOC on use of logos, music and other attributes of identification of the Russian athletes at the Olympic Games and World Championships.

The President of the ROC commented on the guidelines published today by IOC on use of logos, music and other attributes of identification of the Russian athletes at the Olympic Games and World Championships.

“As of today, we have an official position of the International Olympic Committee on issues related to the identification of Russian athletes and members of official delegations at the Olympic Games and World Championships – we are talking about logos, flag, outfit and music. Essentially, the regulations are defined.

It is important that it is agreed with all principal stakeholders of the world sports movement, including the International Paralympic Committee, the Associations of Summer and Winter Olympic and Non-Olympic Sports Federations, as well as by the WADA CRC, which confirmed that implementation guidelines will safeguard the Signatories of the World Anti-Doping Code from non-compliance procedures”.

There’s been a certain period of uncertainty after the CAS Award. In some cases, IF’s – like IBU – interpretation went beyond the word and spirit of the Award. That raised serious concerns. We considered it necessary to define (in a document) a balanced approach between full implementation and observing the rights and interests of athletes and NFs.

Now all the parties involved have a set of Rules to follow.

What is important – our athletes will go to Tokyo and Beijing under the ROC flag and will perform as the ROC Team. We are now certain.

Same applies to the uniforms. We have obtained the IOC’s approval of revised uniforms for our athletes and officials in Tokyo. I believe that our official outfitter partner, ZASPORT, will make a presentation soon.

The IOC still has to approve the music to be used at the Games. Music proposed by the ROC AC – “Katyusha” – is being reviewed now and we are expecting a decision. It is important that after the song is approved it may be used at all the World Championships.

We realize that certain aspects in the IOC’s Guidelines may require further detailed discussions. But I think that given our constructive dialogue we will come to an understanding on all issues. Our task is the same and unchanged – observe the interests and lawful rights of our athletes.