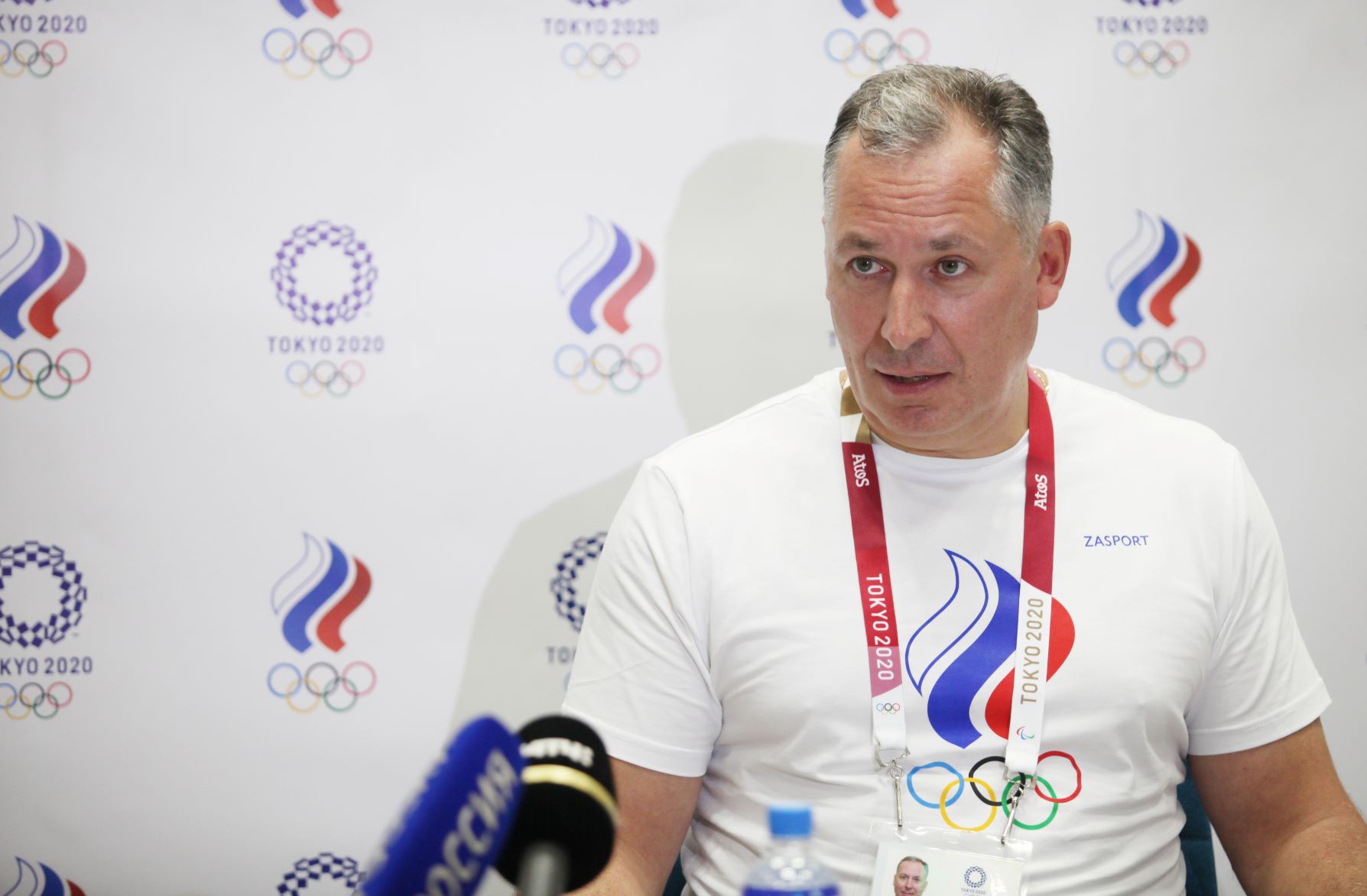 Stanislav Pozdnyakov: “We respect the work carried out by the Organising Committee of the Games. It is brilliantly done.”

On the eve of the Tokyo Olympic Games Opening Ceremony, President of the Russian Olympic Committee (ROC) talked to the media and gave detailed responses to the topical questions.

On the eve of the Tokyo Olympic Games Opening Ceremony, President of the Russian Olympic Committee (ROC) talked to the media and gave detailed responses to the topical questions.

— 331 members of our delegation have already arrived in Japan, including 193 athletes. It means that more than half of the athletes confirmed as participants of these Games are already staying at the Olympic Village and have already started their final preparations. Athletes are testing venues, training at the arenas where the competitions will take place. Some of them will start performing tomorrow, and on July 24, first medal events will be contested, – said Stanislav Pozdnyakov.

66 to 80 members of our delegation will take part in the Opening Ceremony. Many athletes will start their competitions the very next day, and also there are restrictions on the number of officials — there can be up to six of them in a marching team. The main thing is that everyone is healthy, the medical centre works only helping with recovery procedures and relapses of old injuries. In our team we have no people infected with coronavirus at the Olympic Village.

— Swimmer Ilya Borodin was diagnosed with coronavirus before departure from Vladivostok. Is this an oversight or a fatal coincidence?

— We devoted a lot of time to the vaccination campaign. More than half of the athletes underwent this procedure, the rest had immunity after the previous illness. But neither vaccination nor immunity after illness can give one hundred percent guarantee of health today.

The other thing is that athletes’ preparation in Vladivostok was held in the conditions that differ from what we have at our sports camps in the Moscow Region, where special anti-COVID measures have been introduced since last year, and where the personnel lives on a rotation basis and no one leaves the territory. Unfortunately, we cannot say that the same conditions were created in Vladivostok. Although the local authorities did everything possible in their understanding to avoid such cases. And they went so far as to limit the number of athletes’ contacts with the outside world.

— Are you not afraid that an outbreak of the disease may occur as a result?

— Now, we always have such concerns. While we are facing the pandemic, each of us is obliged to observe anti-COVID measures, social distancing, and so on. This is how we can protect ourselves.

I really hope that the remaining group of the athletes who trained in Vladivostok observed these measures more effectively. The multi-stage safety system – our athletes are tested regularly before departure to Tokyo and after arrival – is as effective as possible. Unfortunately, no one is fully insured.

— Some athletes had complaints about the living conditions in the Olympic Village. Are these issues being resolved?

— I would like to officially declare on the part of the Russian Olympic Committee that we have constructive and effective relations with the Organizing Committee. We are very grateful that Tokyo 2020, at our request, promptly changed the building where our delegation is located. And now it has residence in one of the four buildings with the best location — on the first line from the sea, overlooking Tokyo Bay. It is located at a sufficient distance from the transport terminal and from the canteen where noisy industrial air conditioners are installed. They were flexible with us, and I am grateful to the Organizing Committee for this.

As for complaints, this is a typical story. When moving into a new house, sometimes there are difficulties. But it should be noted that the Organizing Committee technical services eliminate any shortcomings at our very first request and as soon as possible.

— What about low ceilings?

— During any Olympic Games, the Olympic Village is built for further use by the local people. In Japan, there are certain features of lifestyle, architecture of apartments and buildings. Low – by our standards – ceilings are absolutely standard here. And the vast majority of athletes have a normal and adequate attitude thereto. The team makes jokes about this, but these are no malice jokes.

— How can you explain lack of refrigerators and TVs in the rooms?

— There are no TVs due to the most commonplace reason. Young people today use computers, smartphones, and various gadgets. They use them to watch the content they are interested in. TV may only be required for watching competitions together, for supporting colleagues. For this there is a lounge zone on the ground floor where guys can get together and support their teammates remotely. Unfortunately, athletes are not allowed to attend competitions in other sports. So, this is where collective viewing will be needed.

This lounge area also has three fridges with water and soft drinks. Everything is convenient. As for the refrigerators in the rooms: the problem is that in hot weather, any products can get spoiled very quickly, even while they are being carried from the dining hall into the building. That is why, also in the Village, it is not recommended to take food from the dining hall. If, God forbid, one has got poisoning and will have to miss their start. Therefore, the lack of refrigerators in the rooms is due to the minimization of health risks for athletes.

— Can you comment on the results of the Russian Public Opinion Research Center poll, according to the results of which the overwhelming majority of Russians do not know the names of our Olympians in Tokyo?

— Sport at all times has been a social elevator that allowed athletes to rise to the top. And for different sports, with the possible exception of football and hockey, the Olympic Games are the most important start. It is at the Games where each athlete has to show their maximum so that the maximum number of their compatriots could know them.

I am sure, that, starting from July 24, many of those respondents who did not know the names of our athletes will definitely fill this gap when the athletes win medals. And they will do it also with the help of you, representatives of the media.

— Don’t you think that Russia is just not a sports country?

— In no case. There are so many criteria that are more important in determining whether we have a sports country.

— There will be no Fan House in Tokyo this year. How do you expect to honour our winners and medallists?

— We plan to hold events in the Olympic Village, but they will not be mass events, as it was before. In this regard, we have obligations to the Tokyo 2020 Organizing Committee. The main thing is to have as many Olympic medal winners as possible.

— Representatives of the Organizing Committee admitted the possibility of the Games cancellation. Do you think it’s possible?

— I do not allow for the possibility that the competitions can be cancelled. The same opinion is shared by all athletes who are waiting for their starts. The Olympic Village has an effective system to counter the spread of the virus. Everyone is ready to compete and fight for awards.

— Russian flags are hanging in Tokyo hotels. Could this be called a relaxation of restrictions for our Olympians?

— The placement of national symbols is not allowed only at the Olympic venues. Restrictions do not apply to other locations. For example, when checking into a hotel, the managers met me with the Russian flag. So there are no violations here.

— Are there any fears that the Olympic Games will turn from a celebration of sport into a political action this time?

— I am sure that after the Olympic flag is raised and the fire is lit, we will talk much more about the sports component. Games in Tokyo can be a wonderful celebration. After all, the Olympic Games are a great opportunity to unite people, countries, continents and religions.

— “This Olympics is weird: as there will be no spectators, and it was not clear for a long time whether it would take place at all, plus it was postponed. It seems remote or even unnecessary. It is not fascinating. If it was cancelled, what would we have lost?”. What can you answer to Vladimir Pozner?

— 11,000 participants would not have been able to make their dreams come true. I think that the Tokyo Games are needed at least not to break hopes and hearts of these people and their many fans.

— Your daughter Sophia will participate in the fencers’ competitions. What does this mean for you as the Head of the ROC and her father?

— As for the Head of the ROC – the team of fencers is one of the most successful teams over the past five years. It regularly wins medals at the World and European Championships. I hope they will continue their winning traditions in Japan. In Rio 2016 we won four gold medals. I wish them to perform in Tokyo at least as well.

As a father, I definitely feel a sense of pride that my eldest daughter not only followed in my footsteps, but also won the world champion title, she absolutely deserved the right to compete at the Olympic Games.

— Since the time of Andrei Lavrov, our flag bearers have not been able to become Olympic champions. Are you not worried about jinxing Sofya Velikaya?

— As an Orthodox Christian person, I do not believe in jinxing. Before Lavrov, our famous wrestler Alexander Karelin carried the flag multiple times and won gold medals. And in 2000, due to the schedule, he could not be a flag bearer, and there was a very offensive final in the end. Statistics can be interpreted one way or the other.

— What sports, besides fencing, and foreign athletes do you plan to follow?

— I will hardly follow foreigners, there are enough stars in our wonderful team. I will do my best to attend as many competitions as possible to support – even from afar and almost alone – the athletes on behalf of our huge and beloved country. 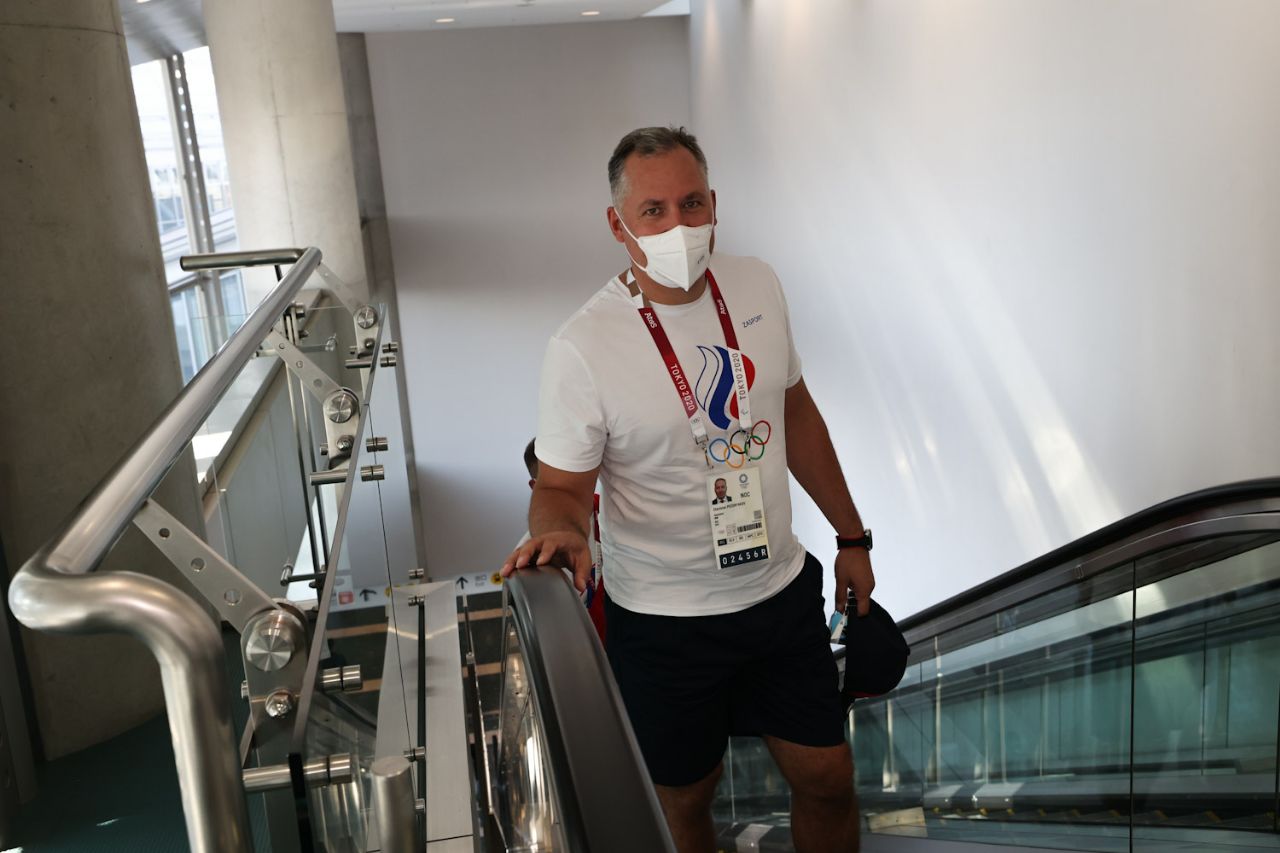 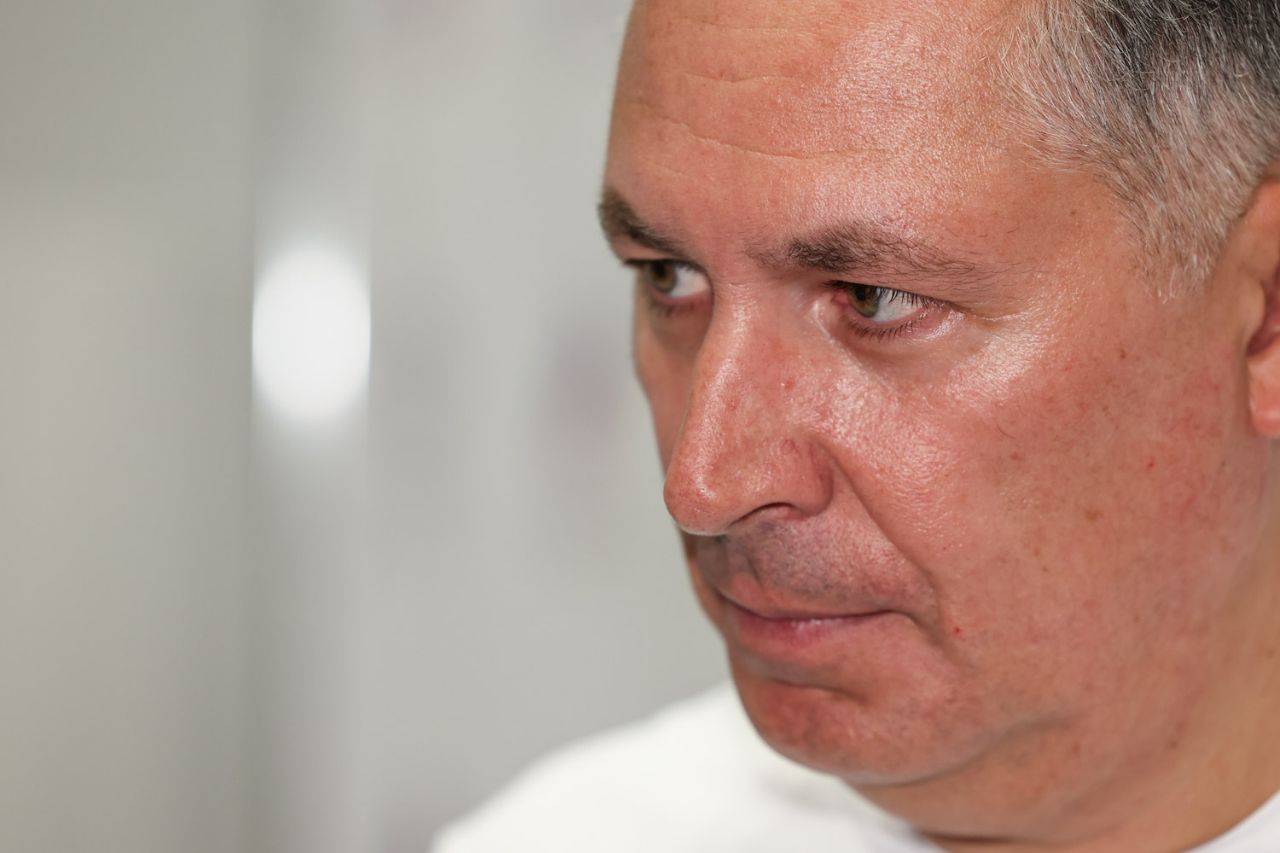 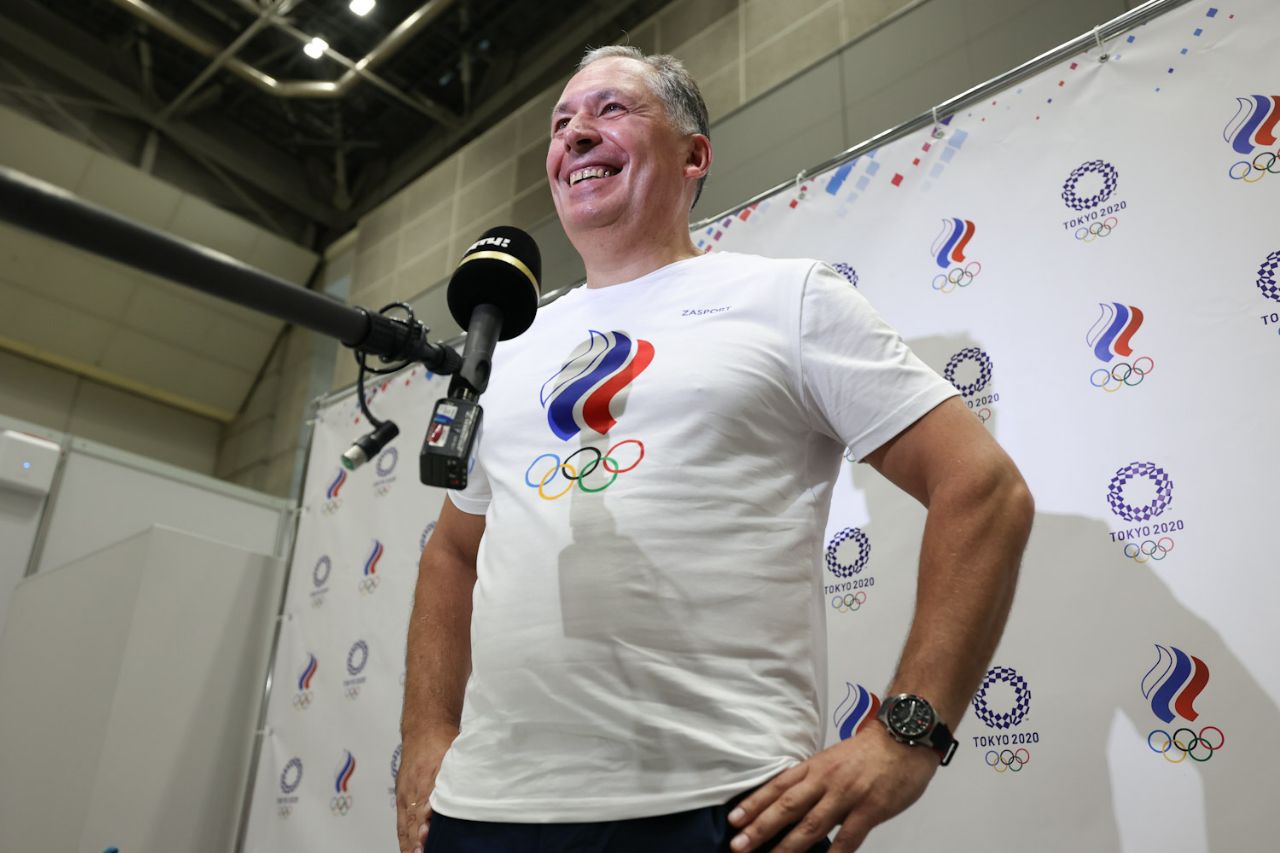 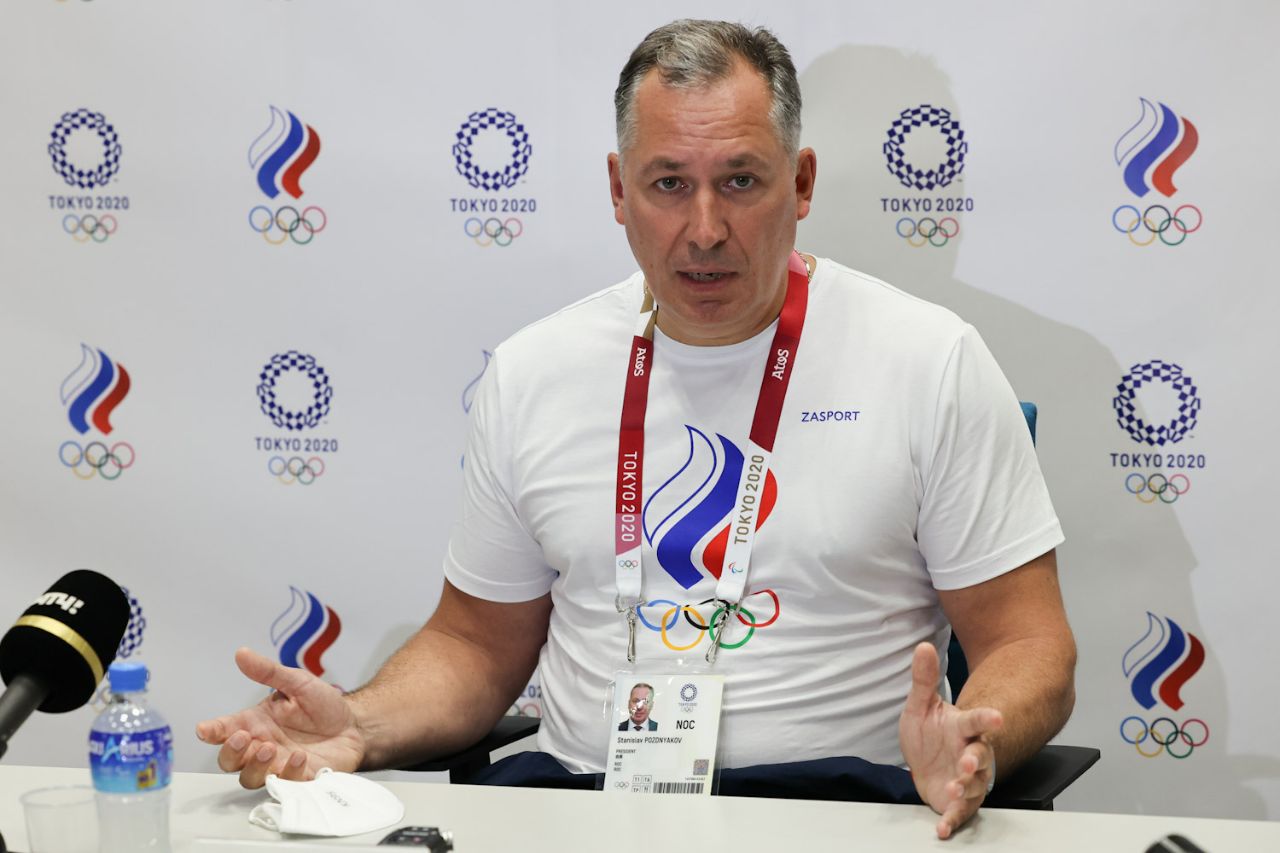 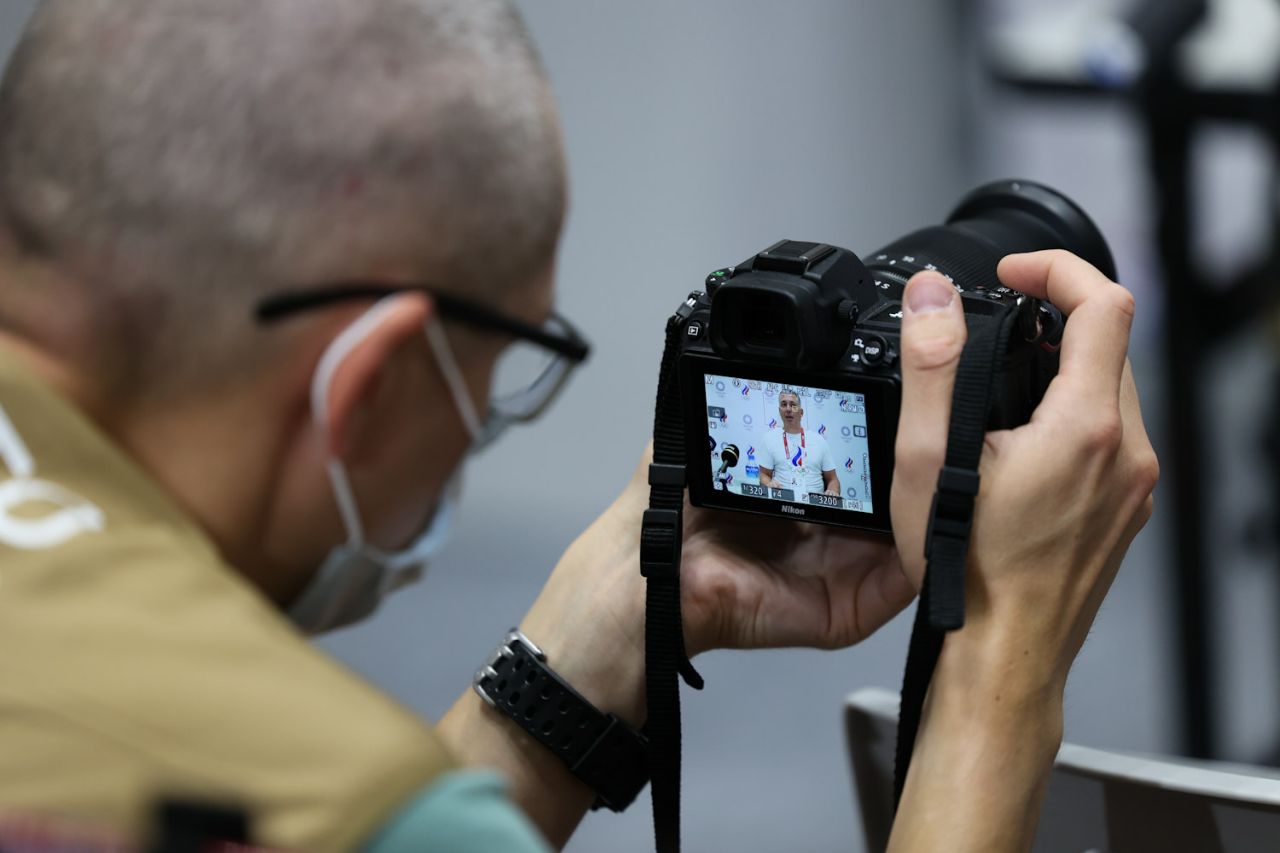 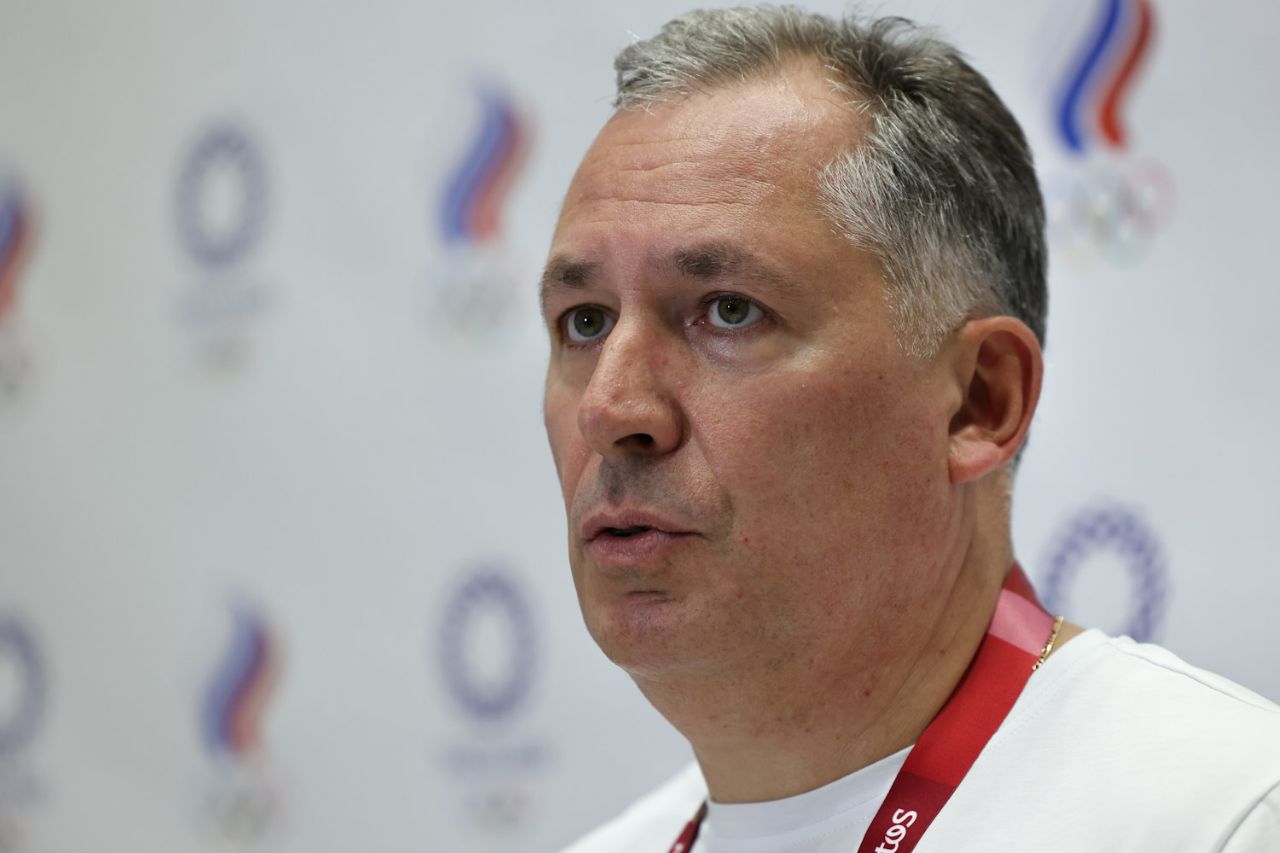