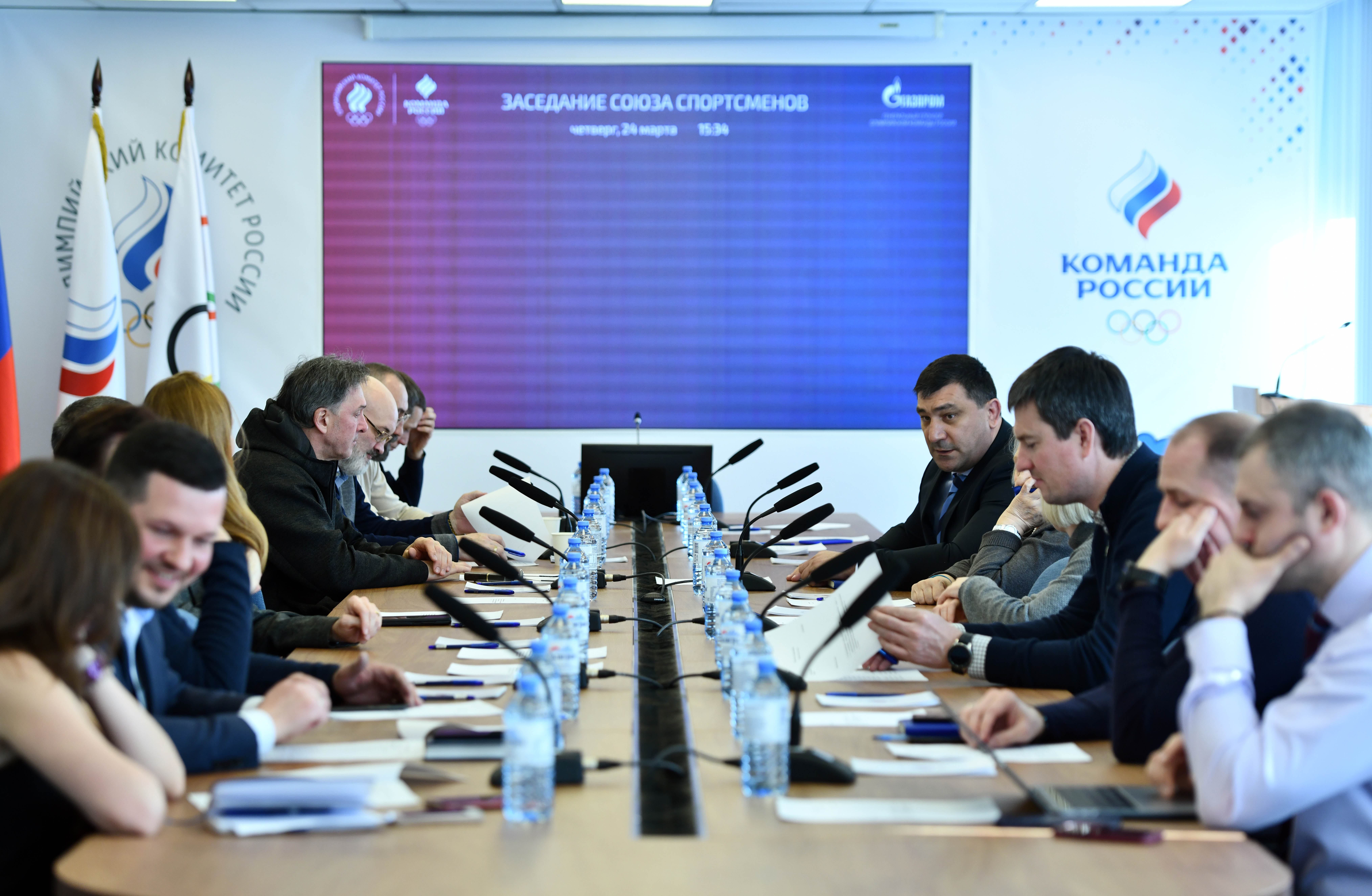 David Musulbes: “Maintaining intergenerational continuity is one of our most important tasks”

The event, which was held in the format of a “round table”, was attended by famous athletes, Olympic champions and winners of different years – Galina Gorokhova, Irina Privalova, Yuri Borzakovsky, Nikolai Gulyaev, Alexander Lebzyak, Tamerlan Tmenov, Karina Aznavuryan, Alexey Svirin and many others.

The participants exchanged views on the current situation in Russian sports and the Olympic movement, discussed the current problems faced by our athletes and outlined possible ways to solve them.

RAU President David Musulbes, opening the round table, called the preservation of generational continuity in sport one of the most important tasks facing the Russian Athletes Union.

– It is now very important to prevent the mass outflow of young talent to other countries, to support youth sports at all levels and to preserve the competitive environment in Olympic disciplines.  It is necessary to try to not lose motivation, give them the right advice based on their rich experience. I believe that with the support of the Russian Olympic Committee and the Ministry of Sport we will be able to do a lot of useful things for our young colleagues.

Following the discussion, the participants agreed that it is necessary to actively carry out educational work with the younger generation, in particular, to invite sports stars as guests of honor to children’s competitions to conduct motivational master classes and promote Olympic values.

According to the RAU, close contact between sports federations is essential for developing anti-crisis solutions. The same position is taken by members of the ROC Athletes’ Commission. President of the Russian Olympic Committee Stanislav Pozdnyakov stressed earlier that the organization is ready to provide the federations with all necessary support and assistance in overcoming difficulties.

Many speakers also cited a lack of coaching staff and insufficient pay for children’s coaches as problems impeding the development of sports in the regions.

In addition, the participants of the “round table” expressed support for the Russian Paralympians unfairly excluded from the Games in Beijing, and also discussed the work plan of the Russian Union of Athletes for the current year.