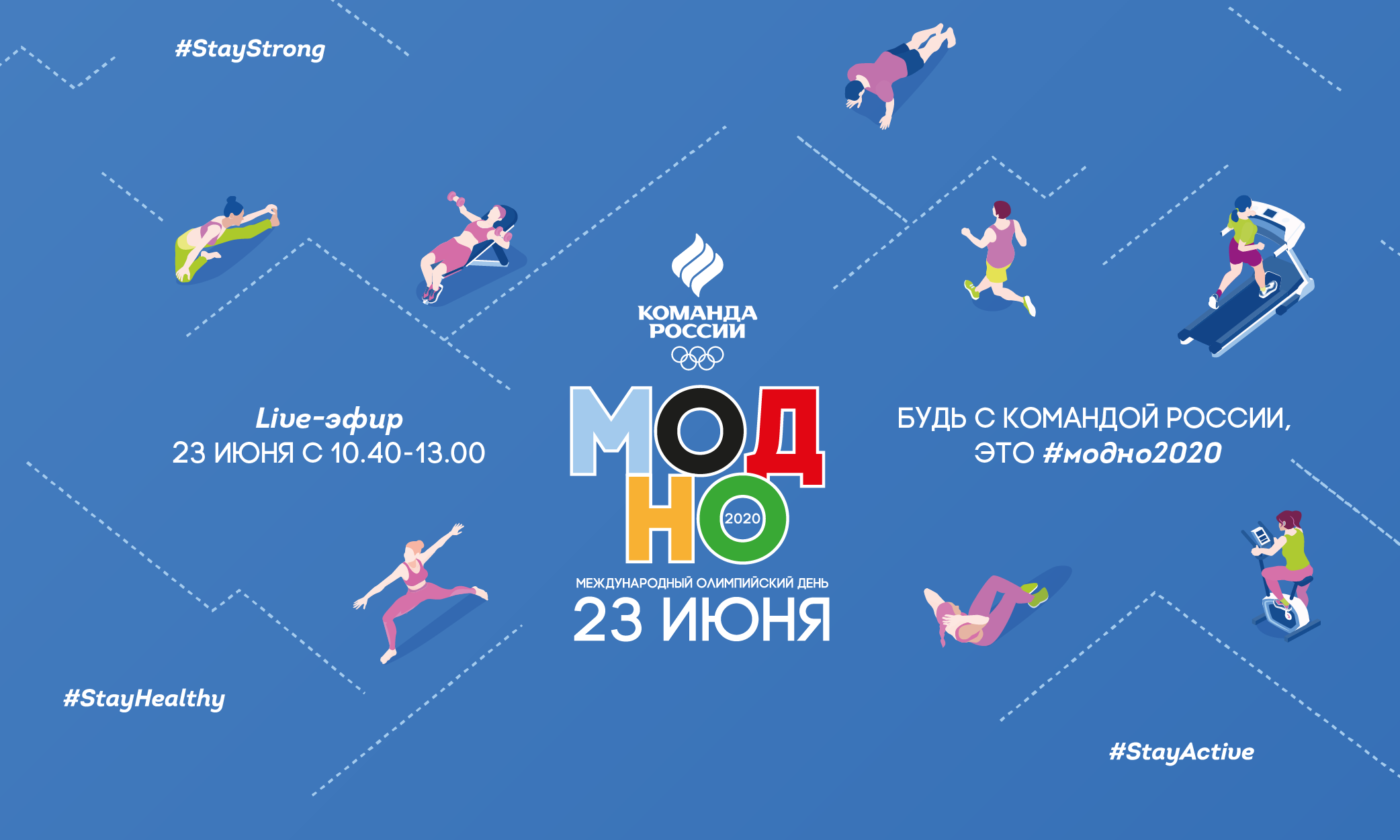 The official hashtag on social media is #modno2020 implying that leading a healthy lifestyle is not only useful, but also trendy and modern.

As part of the festive events on June 23, which will be held on the official website of the Russian Olympic Committee, athletes will be seen live answering questions from fans, taking part in an intellectual quest, conducting workouts as well as presenting awards to the most active sports enthusiasts.

All events on the occasion of International Olympic Day will be accessible online and the programme includes exciting and relevant sports in the modern world.

Participants will be able to get acquainted with the new sports disciplines included into the Olympic Programme: skateboarding, karate and 3×3 basketball. They will also have an opportunity to follow the training sessions offered by leading athletes from the Russian Karate Federation performing Kata and Kumite.

Furthermore, as part of International Olympic Day, an online workout event will be held by a famous Russian athlete, part of the IOC’s global special home workout project with Olympic stars. The event will continue throughout the entire International Olympic Day. As part of this unique 24-hour project organized for the very first time, renowned athletes from around the world will conduct basic exercises every hour accessible to all social media users. Russia will be represented by rhythmic gymnast Margarita Mamun. All followers of the official Instagram accounts @Olympics and @Olympic_russia will have the chance to take part in the 30-minute lesson. Live streaming starts at 11 a.m. on June 23.

Plans also include setting up a small skate park and a BMX racing ramp next to the Russian Olympic Committee building where mini-contests will be held with the participation of athletes from the national team, as well as a basketball court for 3×3 basketball!

Starting from June 15, the champions have conducted regular workout sessions for all participants during live streaming on ROC social media accounts. On International Olympic Day, all participants will demonstrate their progress to the whole world in an attempt to set a new “Personal Record.” We, Team Russia, will inspire you. And you will inspire people across the world with your achievements!

Following the results of the contest, all participants will receive souvenirs, while the best pair (mentor — participant) will be chosen by voting and will receive valuable prizes, including sportswear among others.