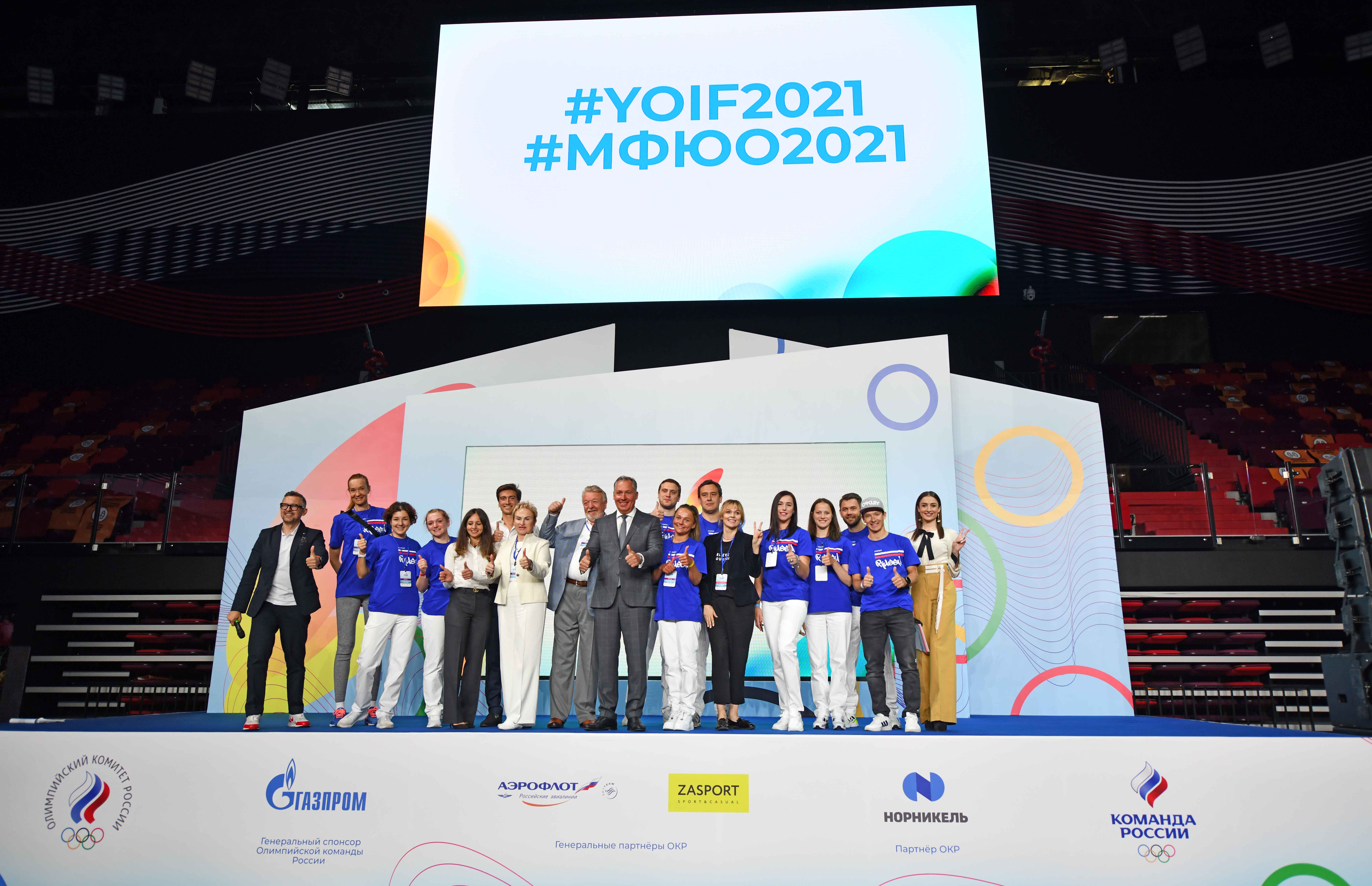 Due to existing restrictions imposed against the background of the coronavirus pandemic, young athletes from European countries could not come to the capital of Russia. Especially for them has been prepared online studio, and the leaders of the ROC, international experts, and Russian Olympians dropped in to visit the hosts. The live broadcast was on the official website of the ROC. The young Olympians were greatly interested in the performance of the three-time World Breaking Champions, “The Predators” team. By the way, the young sport will be represented in the program of the Games-2024 in Paris, and Russia can already boast of an Olympic champion in this dance discipline: in 2018 in Buenos Aires Sergey Chernyshev won “gold” at the Youth Olympic Games.

International Young Olympians Forum was opened by ROC President Stanislav Pozdnyakov. Apart from him, the ceremony was attended by Vice President of the ROC and head of the Russian Gymnastics Federation Vasily Titov, Rector of the Russian State University of Physical Culture and Sport Tamara Mikhailova and acting director of the State Sport Regulation Department of the Russian Ministry of Sport Lyudmila Sarayeva.

— Today, our Forum celebrates the third anniversary, said Stanislav Pozdnyakov. — Our event is a unique international platform for the younger generation, for those who will attend the Olympic Games-2024 in Paris, Games-2026 in Milan, and Cortina d’Ampezzo, Games-2028 in Los Angeles. I sincerely hope that the knowledge gained today will help you to become decent and honest people. It’s nice that after two difficult years we were able to have friends from other countries visit us. Socialize, get to know each other and make this world a better place.

Head of the IOC Thomas Bach and Acting President of the European Olympic Committees (EOC) Nils Nygaard addressed the guests via video message:

— On behalf of 50 National Olympic Committees of Europe, I welcome you to this important Forum, — said the Acting Head of the EOC. — I would like to thank the Russian Olympic Committee for this excellent initiative. A significant event for the EOC is the European Youth Olympic Festivals (EYOF), held every two years in summer and winter. The next Winter EYOF will take place in Vuokatti, Finland in December and March, and the Summer EYOF will be held in Banska Bystrica, Slovakia in 2022. After the coronavirus pandemic, it is important to restart the Festivals, where we implement many educational activities similar to the Young Olympians Forum. — Many thanks to the ROC for such an important event, giving young athletes a unique opportunity to interact with their distinguished colleagues. Take our example, be successful in arenas and stadiums, become an idol for future generations.

At the end of the first educational block, the young Olympians set off on a journey through the educational, sports, and interactive sites as part of several teams. There the guys were able to test their functional readiness, learn about new types of training, master the basics of drone control, and try their hand at curling, quadropong, and soccerball.

The studio from which the live was broadcasted for NOC of Europe deserves special attention.  Expert speeches and interviews with Olympians were watched by athletes from Slovakia, Slovenia, Moldova, Georgia, Greece, Portugal, Poland, Serbia, Turkmenistan, Estonia, Lithuania, and several other countries.

The first guests of the broadcast were Stanislav Pozdniakov and a member of the ROC Athletes Commission figure skater Jonathan Guerreiro. They shared their sporting history with the audience and talked about the Commission’s activities. Interestingly, both interviewees started their Olympic journey with swimming, moving on to fencing and figure skating at a more mature age, respectively. — The ROC Athletes’ Commission is a bridge between the athletes and the leadership of both the ROC and the International Olympic Committee, said Jonathan Guerreiro. — We bring important and useful information to both sides, including through our colleagues from the IOC Athletes’ Commission, and help exchange opinions.  An equally important area of our work is to help athletes adapt after their professional careers, to protect their mental and physical health.

Thinking back to my youth, I can say that I missed events like the International Young Olympians Forum. Many important topics passed by at that point. Today we have a unique opportunity not only to talk about what is important for our athletes but also to share information with foreign colleagues, — added the figure skater.

In addition, journalist Konstantin Byshevoy and basketball player Victor Keyru gave a lecture on “The Future of the Athlete” within the Forum, while Olympic short track speed skating champion Ruslan Zakharov was the most active participant in the discussion. Christina Kucheeva, Chief Anti-Doping Coordinator of the All-Russian Athletics Federation, presented the report “Doping and Reputation.”

The concluding chord of the event’s official part was an intellectual game based on the material covered during the Forum. The top ten were awarded special prizes from the organizers.

All Forum participants received certificates and souvenirs: the Russian Olympic team mascots — a cat-earflap and a roly-poly bear — and sports bags. Diplomas will be sent by email to Olympians who watched the event online.

The day ended with a fascinating excursion along the Moskva River, during which the children saw the Luzhniki Stadium and other sights of the capital. 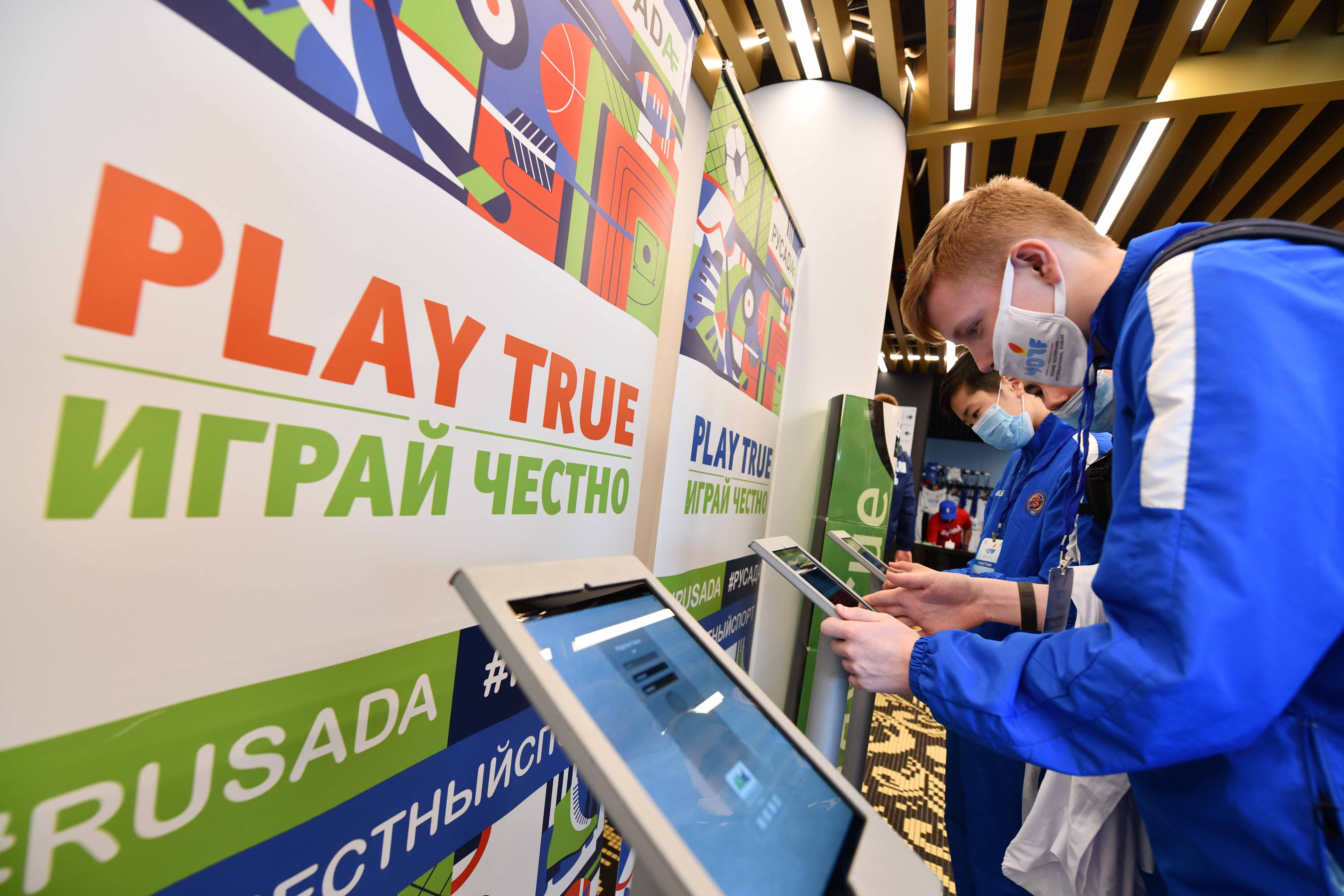 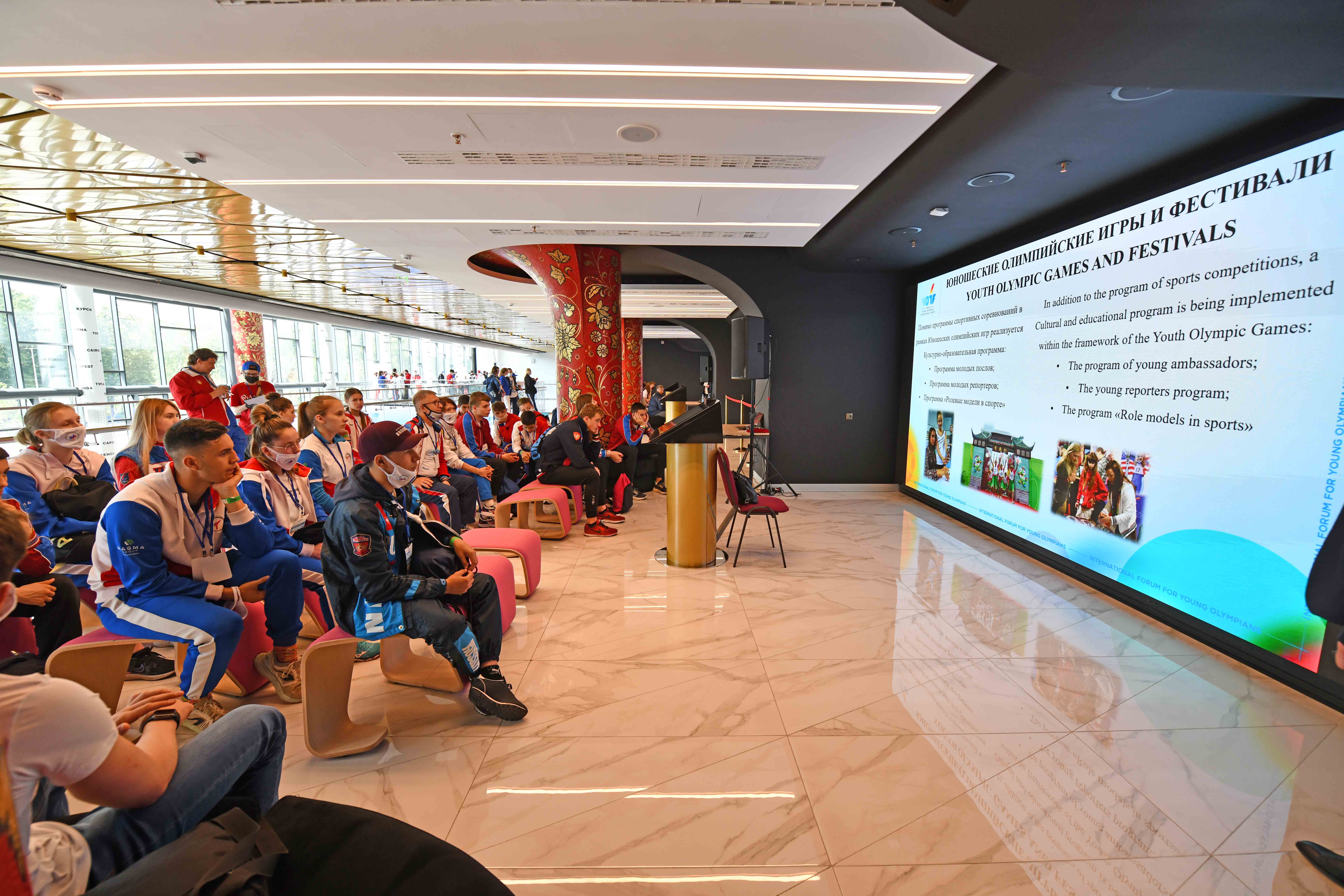 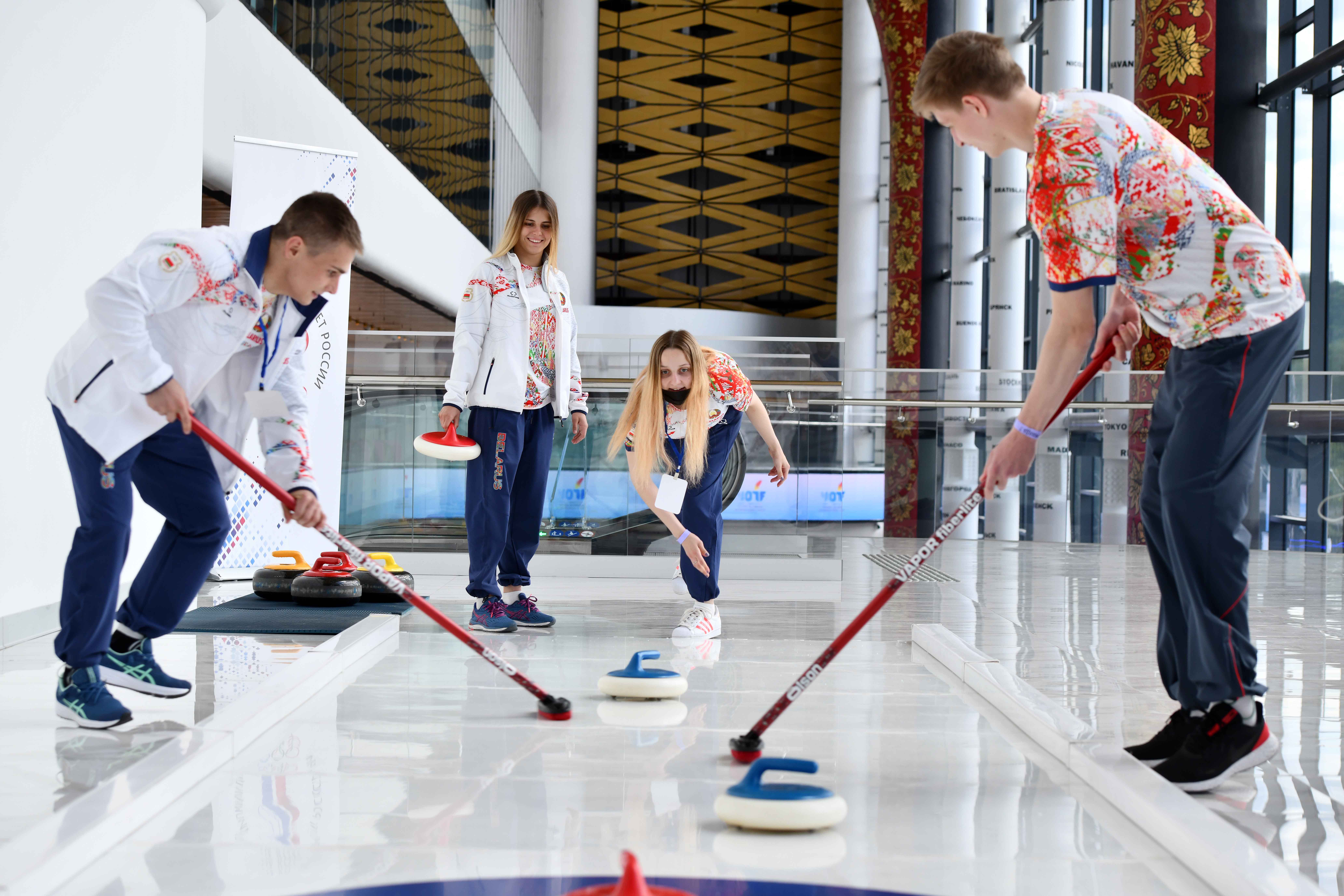 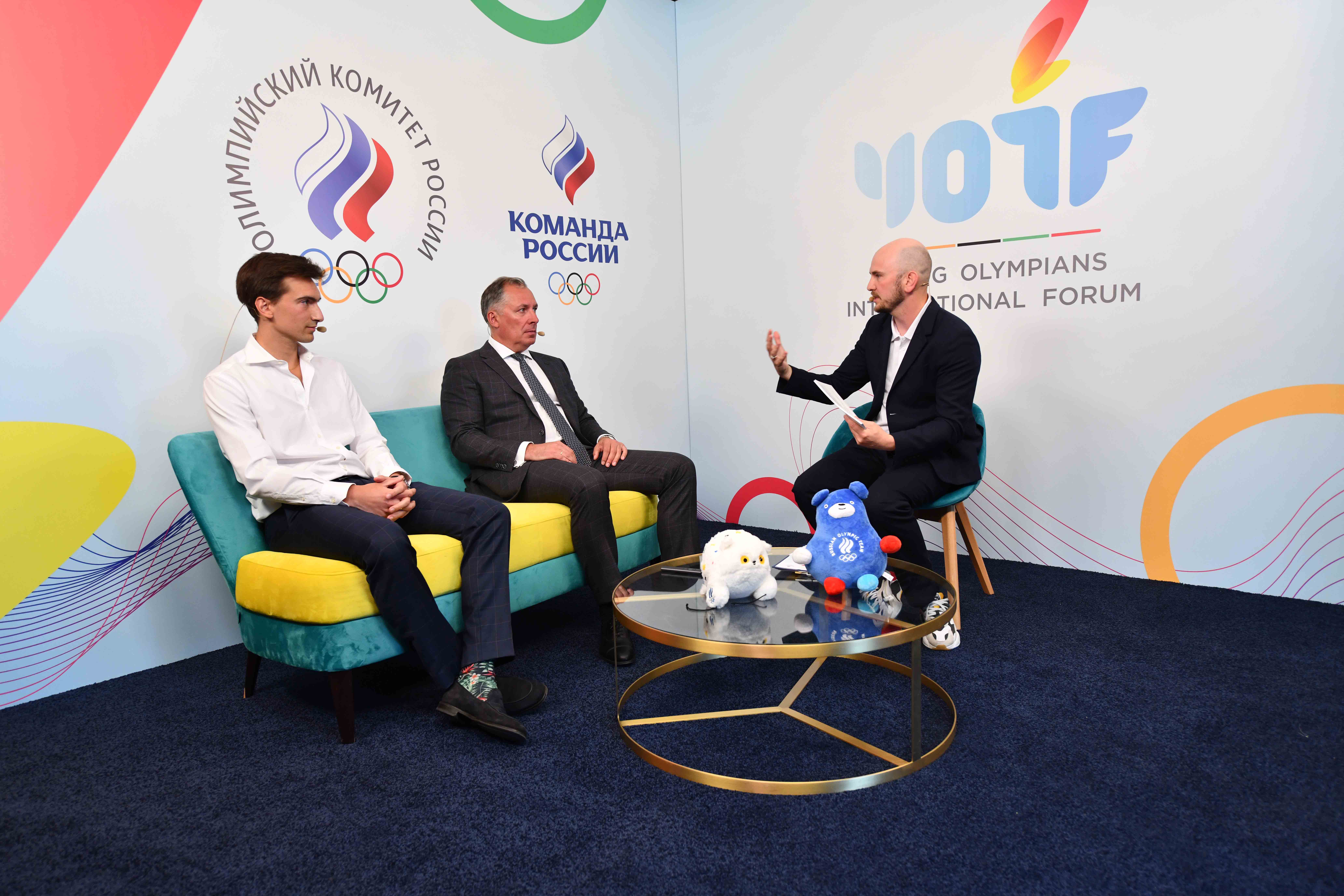