Sofia Velikaya was elected Chairman of the ROC Athletes’ Commission

On 17 November 2016 the first All-Russian Athletes’ Forum was held at the Russian Olympic Committee. Election of the new members of the Commission and its Chairman was the main event of the Forum. Following the outcome of the vote the Commission will be headed by Sofia Velikaya, fencing Olympic champion, for the term of 4 years.

On 17 November 2016 the first All-Russian Athletes’ Forum was held at the Russian Olympic Committee. Election of the new members of the Commission and its Chairman was the main event of the Forum. Following the outcome of the vote the Commission will be headed by Sofia Velikaya, fencing Olympic champion, for the term of 4 years. 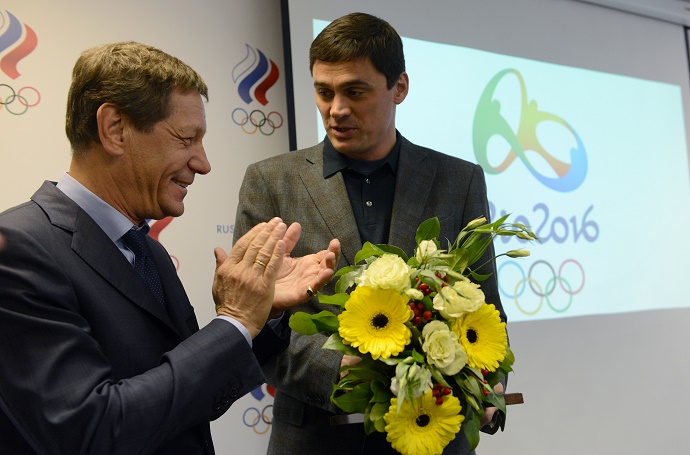 Alexander Zhukov, President of the ROC, welcomed the participants of the  All-Russian Athletes’ Forum

‘The Athletes’ Forum is undoubtedly one of the most important events of   the expiring year. Athletes play a dominant role in the Olympic Movement and it is our task to help them by all means. The ROC Athletes’ Commission, chaired by Olga Brusnikina, has done a lot to attract the attention to the real problems of Russian athletes, their social security and their participation in public life. I would like to thank Olga and all outgoing members of the previous Commission for their fruitful work, and I would like to wish the new members  success in solving  problems on protecting athletes’ rights both within the country and especially abroad,’ – said President of the ROC. 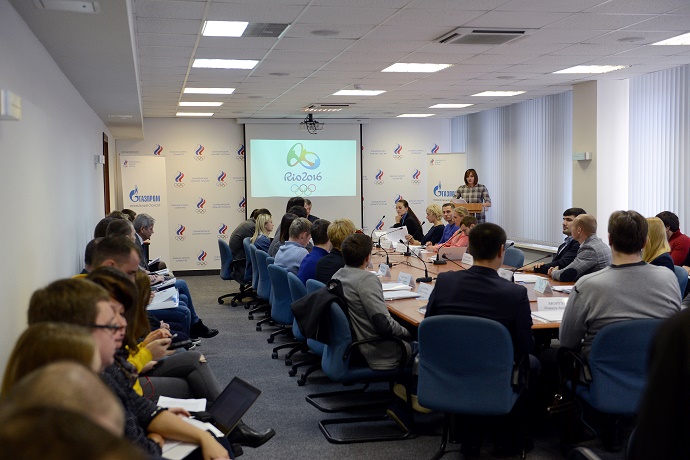 Olga Brusnikina reported of the Commission’s work to the Forum participants.

“The  ROC Athletes” Commission was created in November 2005 on the recommendation of the IOC in order to protect athletes’ rights and interests. Within this time much has been done for social adaptation of athletes who have finished their sporting careers.

The Commission actively cooperates with the Olympic Athletes Support Foundation, which issued grants within the Contribution charity program in 2012, to provide athletes with financial assistance to pay for the education at the Russian International Olympic University in Sochi. Thus far on the proposal of the Athletes’ Commission, the Foundation has performed 9 education courses and sponsored the education of 187 athletes from 64 regions of the Russian  Federation. Among them were 19 Olympic  champions, 22 prize winners of the Olympic Games, 35 World champions and prize winners.

The  Athletes’ Commission also actively cooperates with the Moscow State University, where since 2012 athletes can  get second higher education at the Higher School of Policy in Culture and Management in the Sphere of Humanities (Management in Sport Master’s degree programme). Thus far 10 athletes have reached high level. The following athletes have completed their education and have diplomas of one of the country’s most prestigious university: Sofia Velikaya, Alexey Yakimenko, Ivan Cherezov, Svetlana Romashina, Alexandra Patskevich, Alla Shishkina, Tatyana Kocharian-Shchegoleva. And Yelena Zamolodchikova and Yevgeniy Korotyshkin   received  first class diplomas. Today 8 more renowned athletes study at the MSU.

On the initiative of the Athletes’ Commission the ROC has established cooperation with the Adecco company, one of the leading world companies, implementing the Athlete Career Program   in 30 countries of the world. The main goal of this Program is to help athletes  adapt to the modern labour market and find new career possibilities.

I would like to wish   new Commission members to work more actively with the federations, creating athletes’ commissions, to continue  working on the athletes’ social adaptation problem,  establish closer  cooperation with similar commissions in other countries to participate more actively in the international activities, promote Olympic movement and healthy lifestyle in the regions, increase efforts to fight doping and inform athletes on  the legal protection of their rights in and outside the Russian Federation’, – said Olga Brusnikina.

Head of the Synergy University Volunteer center Georgy Bilman told about their system of education  for athletes after they finish their sporting career. 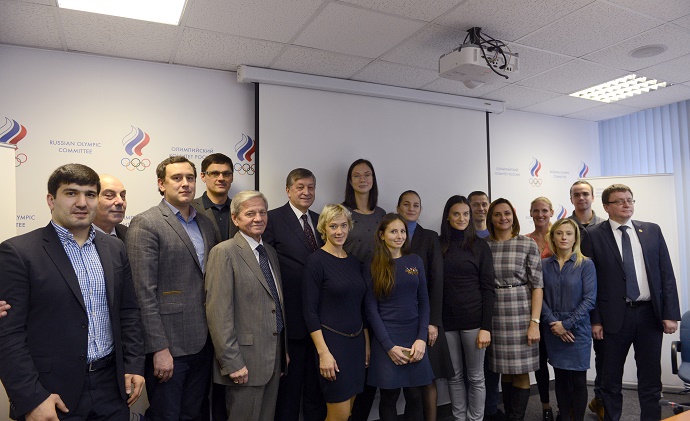 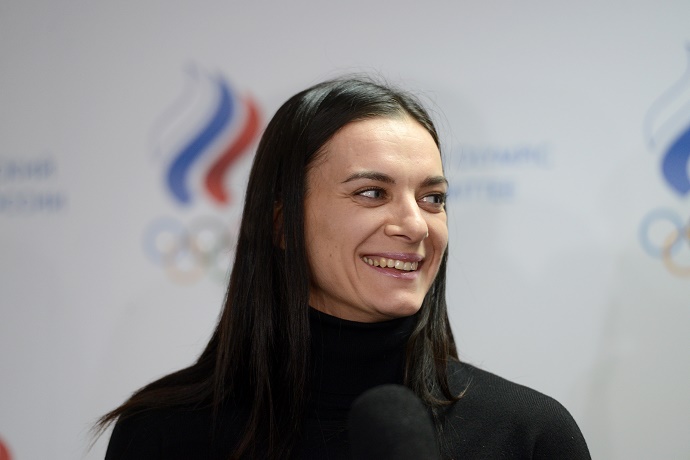 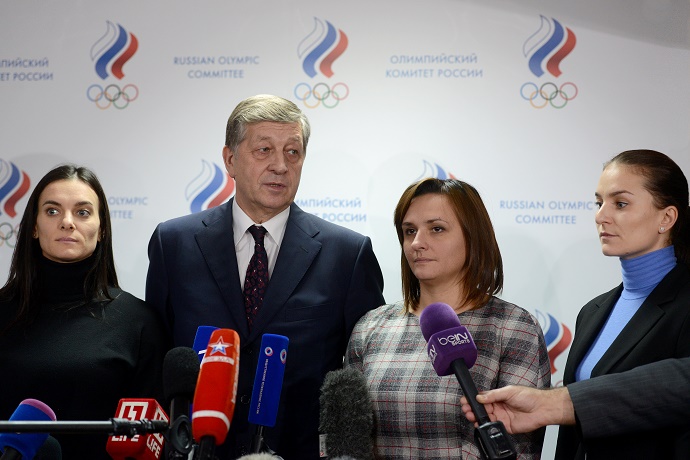 Olga Brusnikina: ‘In the 11 years of the ROC Athletes’ Commission existence much has been done. But now we face new challenging tasks. First of all its the fight against doping, discrimination and violence in sports.’

Sofia Velikaya: ‘It is a great honor for me to become Head of the ROC Athletes’ Commission, but at the same time it is a great responsibility.  I respect the work of the previous Commission and hope for support of our more experienced colleagues. I am sure that together we will help our athletes in their hard work.’

Yelena Isinbayeva: ‘I would like to once again thank the Russian Olympic Committee for assistance in launching my candidacy to the IOC Athletes’ Commission. I have experience, I have much to share. I will transmit all the work to the IOC, so that our Athletes’ Commission would be   exemplary for  the whole world.’ 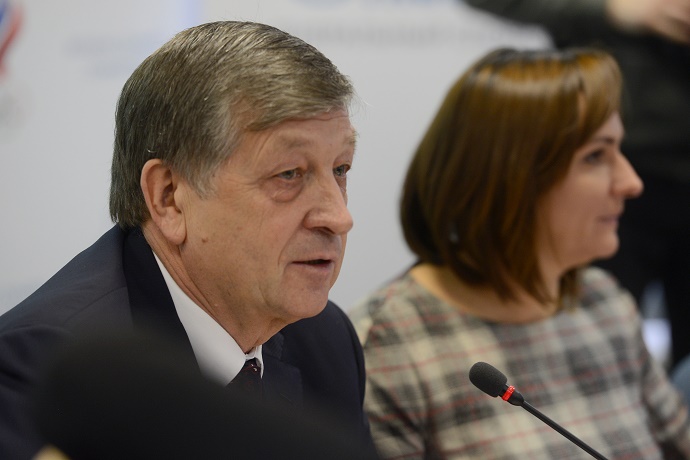 In conclusion Head of the ROC Directorate General for the Participation in the Olympic Sporting Events Igor Kazikov assured that the ‘ROC would do its utmost  to make our athletes’ voices be heard and to protect their rights.’ 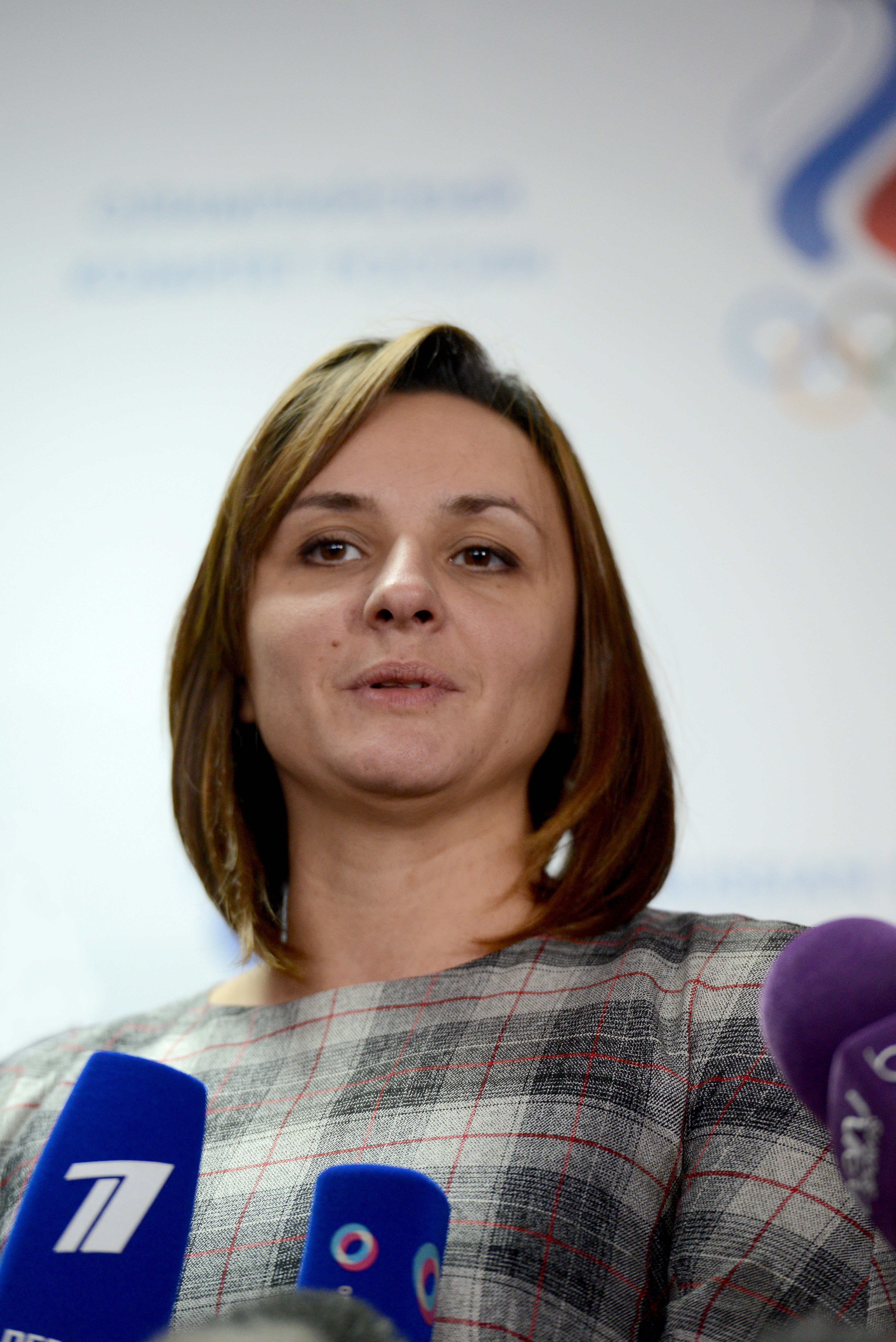