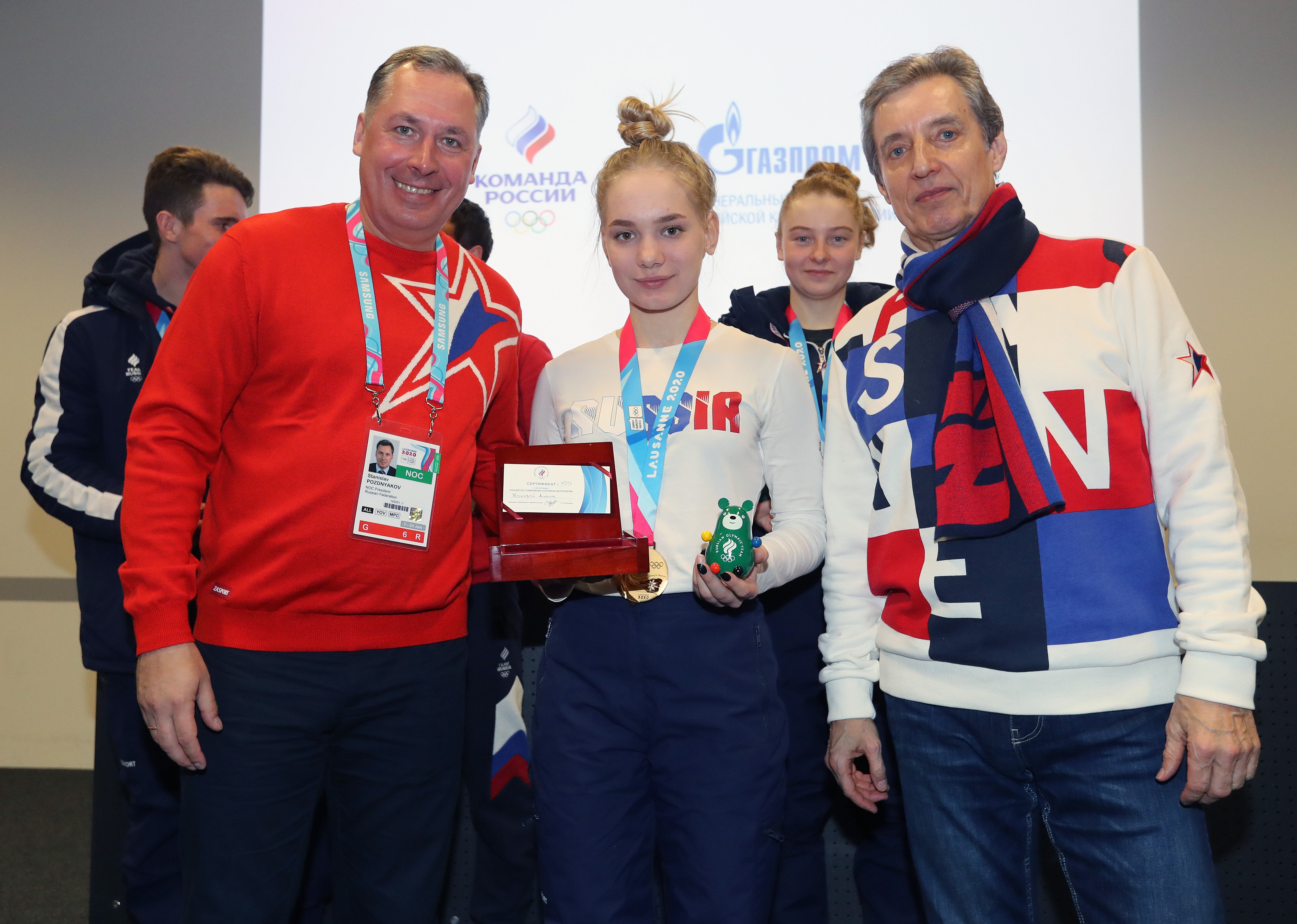 Stanislav Pozdnyakov: “I am glad that athletes from various regions across the country were part of the Russian Olympic team”

The ROC President Stanislav Pozdnyakov and Executive Director of the Russian Olympians Foundation Alexander Katushev took part in the ceremony honoring the winners and medalists of the 3rd Winter Youth Olympic Games.

The ROC President Stanislav Pozdnyakov and Executive Director of the Russian Olympians Foundation Alexander Katushev took part in the ceremony honoring the winners and medalists of the 3rd Winter Youth Olympic Games.

On a separate note, much gratitude was expressed to the coaches, it is thanks to them that these wonderful victories were achieved.

Stanislav Pozdnyakov, congratulating the Olympians, expressed admiration for their results.

– Our skaters have once again confirmed the high class of the sport in Russia. I was at the competition and saw how many fans vigorously applauded from the stands. Enthusiasm from fans is the best mark for any athlete! Thank you for continuing the glorious traditions of Russian figure skating!

Our biathletes have also given us many positive emotions these last few days! Today’s sprint race turned out to be extremely dramatic. It was impossible to predict the winner until the very end. Alena Mokhova, Anastasia Zenova, Denis Irodov – congratulations! They did their best and deservedly claimed victory. I would also like to mention Oleg Domichek, who brilliantly performed in the individual race. Altai Krai is known for training talented biathletes. Oleg, your fellow countryman Sergei Tarasov in 1994 at the Olympic Games in Lillehammer also won the gold medal in the individual race. I am glad that the younger generation is continuing the success of our great athletes.

I am also glad that athletes from various regions across the country were part of the Russian Olympic team! I hope that your success will serve as an incentive for the development of sport in your respective sports centers where you train and prepare for competitions. This is very important, – said the head of the ROC.

Alexander Katushev expressed his wish that the young athletes stay on the Olympic peak and had some important news to announce.

– Never forget which country you represent. Russia is a great sports power and a founding member of the modern Olympic movement. We are one of the few countries in the world that develop all Olympic sports.

I also want to say that on December 30, during a meeting of the Russian Olympians Foundation Council, a decision was made to provide financial rewards to the medalists of the Winter Youth Olympics. We will continue to support and assist you. Be successful in sport and in life!

Alena Mokhova, two-time gold medalist of the 2020 Winter Youth Olympics, thanked the Russian Olympic Committee on behalf of the athletes for the assistance provided when preparing for these Games.

– Our medals are in part due to the effort of numerous people. Thank you! Go, Russia!