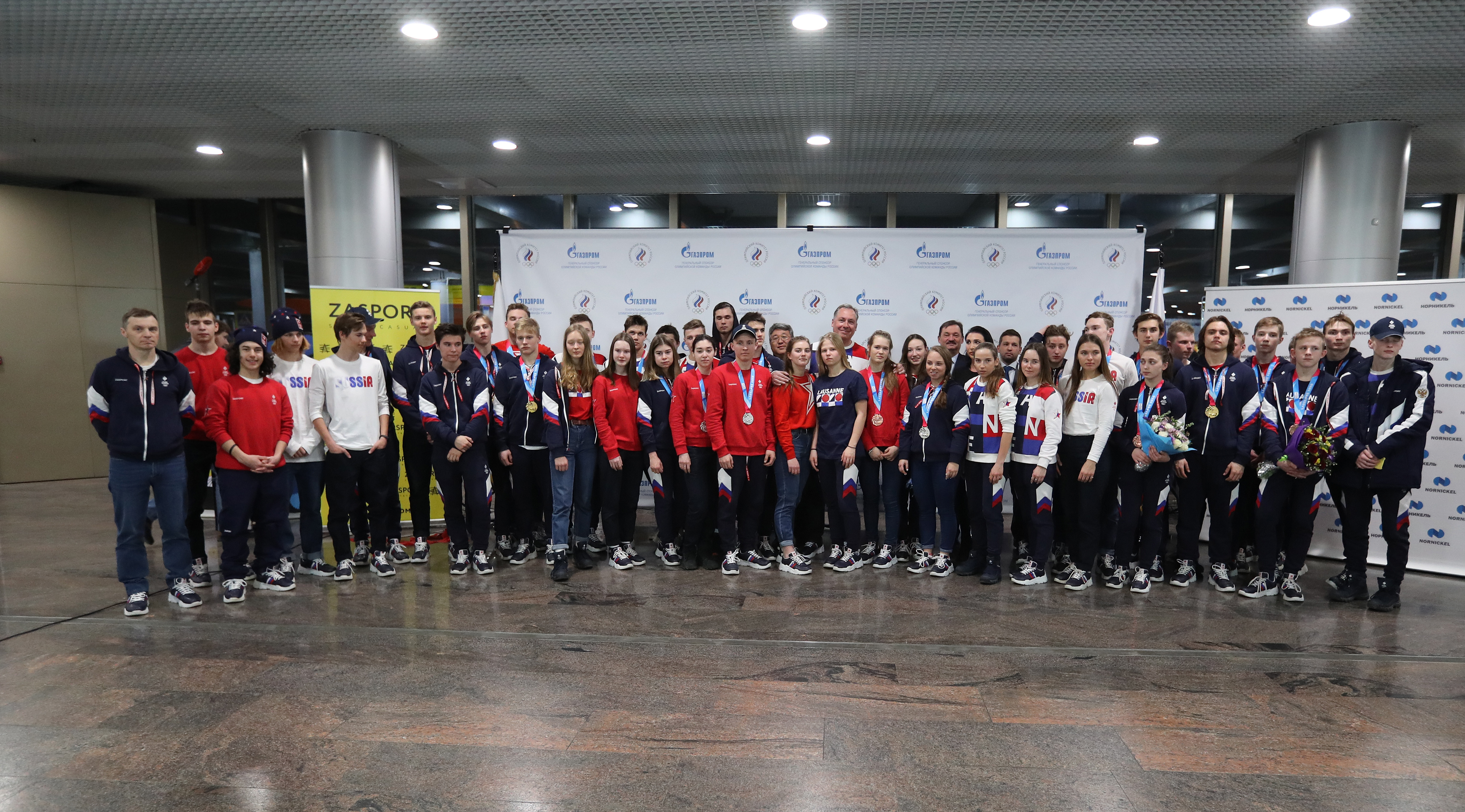 Stanislav Pozdnyakov: “Our victories in Lausanne will go down in the history of Russian sport”

In addition, Deputy Minister of Sport Sergey Kosilov read out a congratulatory telegram from the President of the Russian Federation Vladimir Putin.

– I am glad to congratulate you on your triumphs at the 3rd Winter Youth Olympic Games. You prepared well for these important sports competitions thanks to your determination and victorious spirit, you withstood serious competition from worthy rivals and coped brilliantly with the tasks set before you. You proved to be a friendly, close-knit team, uniting talented young athletes from many regions across the country. And of course, from the bottom of my heart I congratulate and salute your coaches, as well as all those around you who helped you succeed. May there be new achievements ahead and I wish you all the best.

The President of the Russian Olympic Committee Stanislav Pozdnyakov also congratulated the athletes on their historic achievement – first place in the unofficial medal standings.

– Our athletes for the very first time took the lead in the unofficial medal standings of the Winter Youth Olympic Games. I am sure this event will go down in the history of Russian and international sports. We were successful in many disciplines. Our team won medals in 11 out of 16 sports. This is in part thanks to the coaches and specialists who trained the young Olympians for these Games. The telegram from the Russian President underscores the importance of this achievement.

Special thanks to our sponsors and partners who created ideal conditions for preparation and participation in the Games, allowed us to comfortably reach Lausanne and St. Moritz, and also provided excellent equipment and sports gear.

Look forward to more victories, continue to participate in sports competitions and strive for Olympic medals. Remember, the Youth Olympics in Lausanne were your first steps on the way to the major Olympic Games. Only by showing commitment and determination can you claim success. We will be waiting for you in the Russian Olympic team at the 2022 Winter Olympics in Beijing and the 2026 Winter Olympics in Milan and Cortina d’Ampezzo, – said Stanislav Pozdnyakov.

Anastasia Zadorina, founder and chief designer of ZASPORT, addressed the Olympians by giving a welcoming speech.

– With all my heart I would like to congratulate all athletes and coaches on their wonderful victories. You are our pride. Appreciate and remember these victorious days, and know that we will always be close by with support and assistance.

Next in line was the Secretary of State and Vice-President for Relations with Government and Management of Nornickel Dmitry Pristanskov.

– The whole country is proud of you. You have demonstrated real willpower and desire for victories. You are the future of our Olympic movement. The medals you brought to Moscow today prove once again that Russia is a great sports nation.

The captain of the hockey team and champion of the 2020 Winter Youth Olympics Ivan Miroshnichenko responded on behalf of the athletes and coaches.

– I would like to say thank you to all my companions in the Russian Olympic team, as well as our sponsors and partners – without you we would not have been able to prepare for the Winter Youth Olympics in ideal conditions. These efforts resulted in gold medals and first place in the unofficial medal standings.

An integral part of the solemn ceremonies of welcoming Olympians from major sports competitions was the presentation of the mascots of the Russian Olympic team – a roly-poly toy Bear and an ushanka Cat with earflaps. This time was no exception. The mascots, which bring good luck and medals to their owners, were presented to all athletes and coaches.

According to the established tradition, the Olympians and fans sang the anthem of the Russian Federation together, and also took part in the general photo shoot.

The 2020 Winter Youth Olympics became the most successful for the Russian Team by the number of medals won. Our athletes won 29 medals. In total, they have 10 gold, 11 silver and 8 bronze medals. Of the 108 athletes competing in Lausanne, 68 athletes from 15 regions of the country became medalists during the Games.

The Russian athletes were supported and praised for their victories by: the General sponsor of the ROC – global energy company Gazprom, the General partners of the ROC – the largest airline of Russia Aeroflot, the official outfitter of the Russian Olympic team ZASPORT, and the Partner of the ROC – mining and metallurgical company Norilsk Nickel.