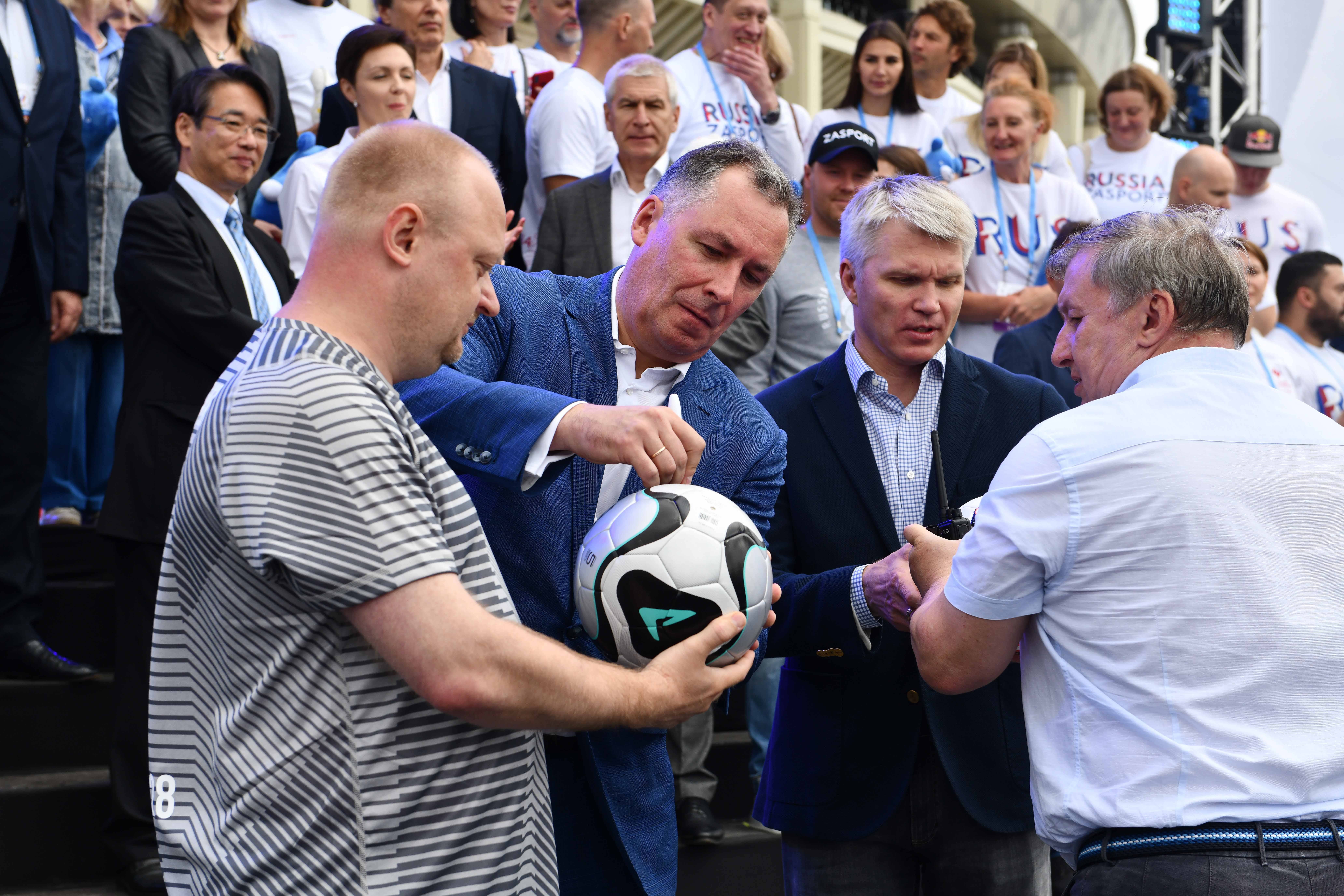 Stanislav Pozdnyakov: “Russia has always been and remains a great sports nation”

“We are very pleased that so many people have gathered in the Luzhniki today, plenty of them have come with small children”, noted Stanislav Pozdnyakov. “Pay attention to how many Olympic champions and prize-winners were on the stage during the opening ceremony of the festival! All this once again proves that Russia has always been and remains a great sports nation.

Our renowned Olympians are ready to pass on the experience and knowledge to new generations of athletes who, over time, will also become great champions and continue the glorious traditions established by veterans of the Olympic battles.

Already on June 21, the II European Games will be opened in the capital of Belarus. As part of the All-Russian Olympic Day, we will wave our team farewell to these important competitions, and will be cheering for it together.

At the same time, I want to say that our plans are not limited to the sport of higher achievements. The Olympic Committee of Russia actively develops mass sports in the regions, implements numerous educational programs that help our countrymen walk confidently through life. We are all one big Olympic family, and today’s holiday proves it”.