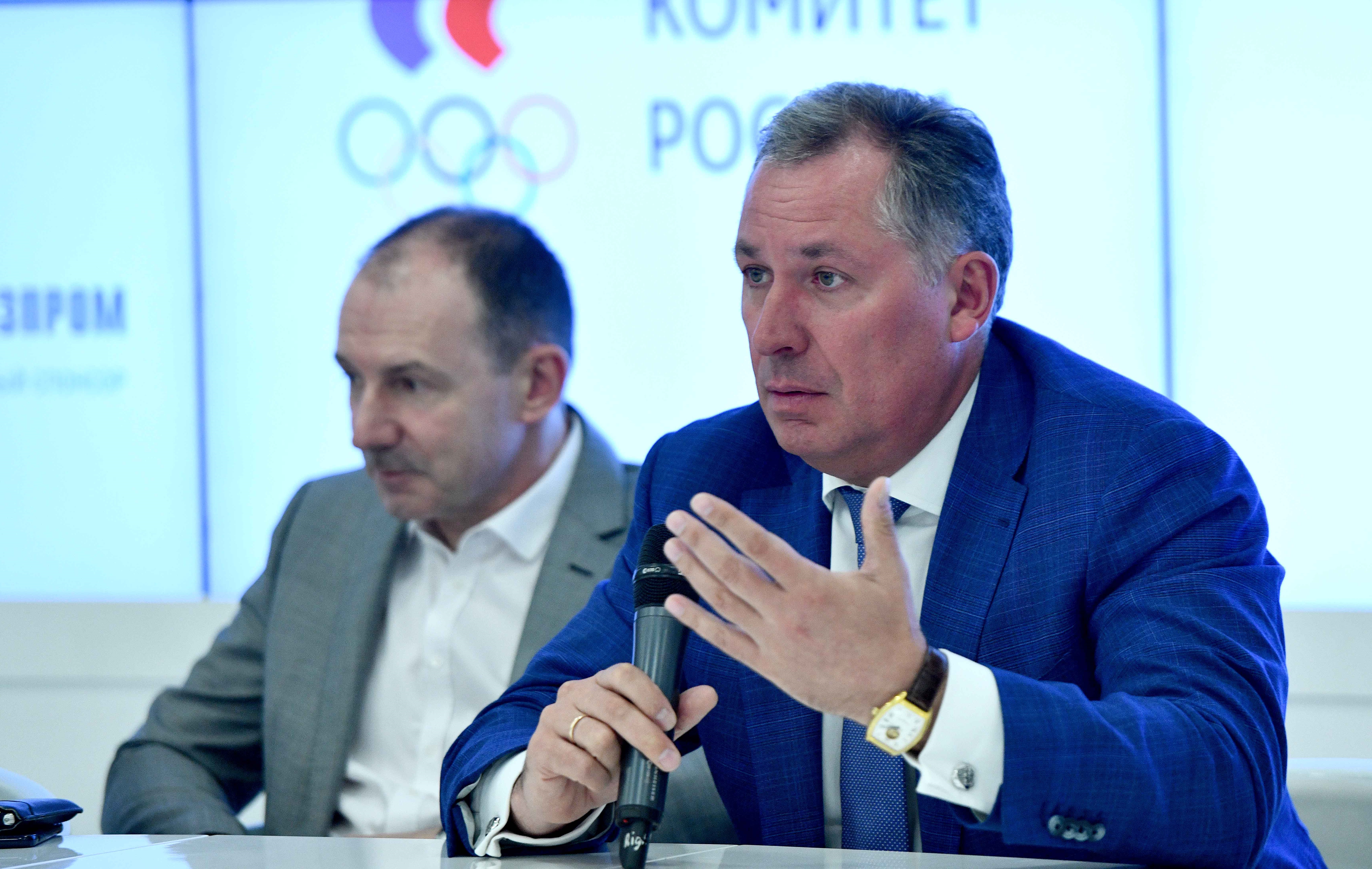 Stanislav Pozdnyakov: “The adaptation experience of hockey players will help the entire Olympic team of Russia”

Today, ROC’s Innovation Centre held the seeing-off ceremony for the Russian women’s field hockey team, which will compete at the qualifying Olympic competitions in Hiroshima, Japan.

Today, ROC’s Innovation Centre held the seeing-off ceremony for the Russian women’s field hockey team, which will compete at the qualifying Olympic competitions in Hiroshima, Japan.

The President of ROC Stanislav Pozdnyakov addressed the athletes with a send-off speech, reminding them of the need to revive the victorious traditions in this sport.

– The peak of the best results in field hockey came at the beginning of the 1980s, – said the head of ROC. – For many years since then our teams have failed to shine on the international arena, but I believe that this time the new generation will be able to revive the past glories in this sport.

Field hockey was one of the first sports to be included into the Olympic program and has been present in it since 1908. The International Federation has almost 150 national federations and associations, which indicates a great interest in this game all over the world.

I know from my own experience that there are always difficulties connected with training camps and competitions, but I believe that you will pass this stage with dignity, – emphasised Stanislav Pozdnyakov.

In addition to the hockey players and coaches, a special integrated research group will go to Japan, which will work within the framework of ROC’s program on the chronobiological and climate-geographic adaptation of athletes to the conditions of the upcoming 2020 Games. Stanislav Pozdnyakov stressed that as part of this program a special mission has been assigned to the hockey players.

– It will be useful not only to you, but also to all the members of the Russian Olympic team in an attempt to get through and study the adaptation process of athletes to the climate of the Land of the Rising Sun. The Russian Field Hockey Federation has responded to ROC’s offer to take part in the adaptation program developed by our specialists.

We implement similar projects right before every Olympic event. The previous Olympic Games were also held in the Asia-Pacific region, in South Korea, and participation in similar adaptation programs by the representatives of winter sports helped many national teams achieve the best possible preparation for competitions in Pyeongchang, – said Stanislav Pozdnyakov.

As part of the research team, specialists on the study of parameters and the identification for the best physical performance of the body will go to Hiroshima, – said Alexander Grushin, deputy head of ROC’s Main Directorate for ensuring participation in Olympic sports events. – Today we have 13 applications from sports federations for participation in the adaptation program for the Games in Tokyo. 11 of them are in the process of registration, which will last until September.

As for the field hockey federation and artistic gymnastics federation, the ROC Executive Committee has already allocated funding in order to conduct the relevant training sessions.

The head coach of the Russian women’s national field hockey team Svetlana Ivanova thanked the leadership of ROC for the opportunity to participate in adaptation activities and shared the details of forming the team for the Hiroshima tournament.

– Changes are being made to the composition of our team. The key members are 8 experienced hockey players – Bogdana Sadovaya, Margarita Drepenkina, Ksenia Svezhentseva and others. And they have been joined by members of the youth national team.

– Isn’t it a bit risky to make team changes in such a crucial period?

– The time has come. I see promising female athletes and give them the opportunity to make a name for themselves, alongside leading members who I hope will support them.

– Could you tell us a bit more about the tournament in Hiroshima?

– This is the final stage of the so-called Open series. Similar competitions will be held in Spain and Ireland. Eight teams will perform in every venue. In order to gain the chance to go to Tokyo, an athlete needs to make it to the first two. It has been quite a long time since the Russian women’s field hockey team performed at the Olympics. The athletes know this and will try their best to achieve victory.