Stanislav Pozdnyakov: “The ROC and NOC Belarus have accumulated a lot of practical experience in order to implement the proposed plans”

Stanislav Pozdnyakov shared his impressions of the events held within the framework of the joint meeting of the ROC Athletes’ Commission and the Athletes’ Commission of NOC Belarus in Minsk, and also answered journalists’ questions about the situation surrounding Russian and Belarusian sports today.

– In the course of joint events in Minsk, we had the opportunity to attend master classes with the participation of Russian Olympians who came to Minsk as part of the delegation of the ROC Athletes’ Commission. Once again, I was convinced that such a format of cooperation is in great demand because the Olympic movement is not limited to elite sports. Of course, interaction between people, new meetings and new opportunities promoting the values ​​of Olympism are also important.

I am very pleased that our athletes quickly found a common language. Now they are coming up with initiatives to promote the Olympic movement on a large scale, including within the framework of the working meetings of both Athletes’ Commissions. For example, in various cities of Russia and Belarus.

This is important in order to achieve two goals – to share experience with young athletes and get to know each other better. Thus, the Olympic movement fulfills its main mission by building bridges between states in the sports, social, cultural and economic spheres.

The work of our NOCs, of course, is not limited to the field of elite sports. The topic of coaching educational projects is also relevant for us, so we also paid particular attention to this issue during the working meeting. We can see great potential in joint activities within the framework of the Higher School of Coaches. We have also put forward ideas for organizing special programs for referees and umpires. So we’re trying to cover as many areas as possible.

Among our priorities is children’s and youth sport. I believe that our NOCs have accumulated a powerful potential for the implementation of all the proposed plans. Especially considering the extensive sports infrastructure in Russia and Belarus. We have great potential, an excellent base for sports infrastructure, a rich sports history and promising coaches who need further assistance and support.

The freed-up time from international competitions now needs to be devoted to fundamental components. This will be useful not only in the current moment but also when we triumphantly return to the world stage.

We clearly understand that the list of restrictions imposed on the NOCs and National Federations of Russia and Belarus is similar. In this regard, we are now paying special attention to the legal protection of our athletes. I am sure that joint actions in this regard will produce some results. But, as you may have noticed from the example of the International Luge Federation, today the realities are such that even the decision of the Federation’s own internal independent arbitration, as it turns out, is not binding. This is the first time we have seen this in practice. And in general, what we are seeing today can be regarded as a breakdown of the integrity of the Olympic movement. We hope very much that the precedent when a separate sports federation violates the decision of its own arbitration shall be an isolated occurrence. 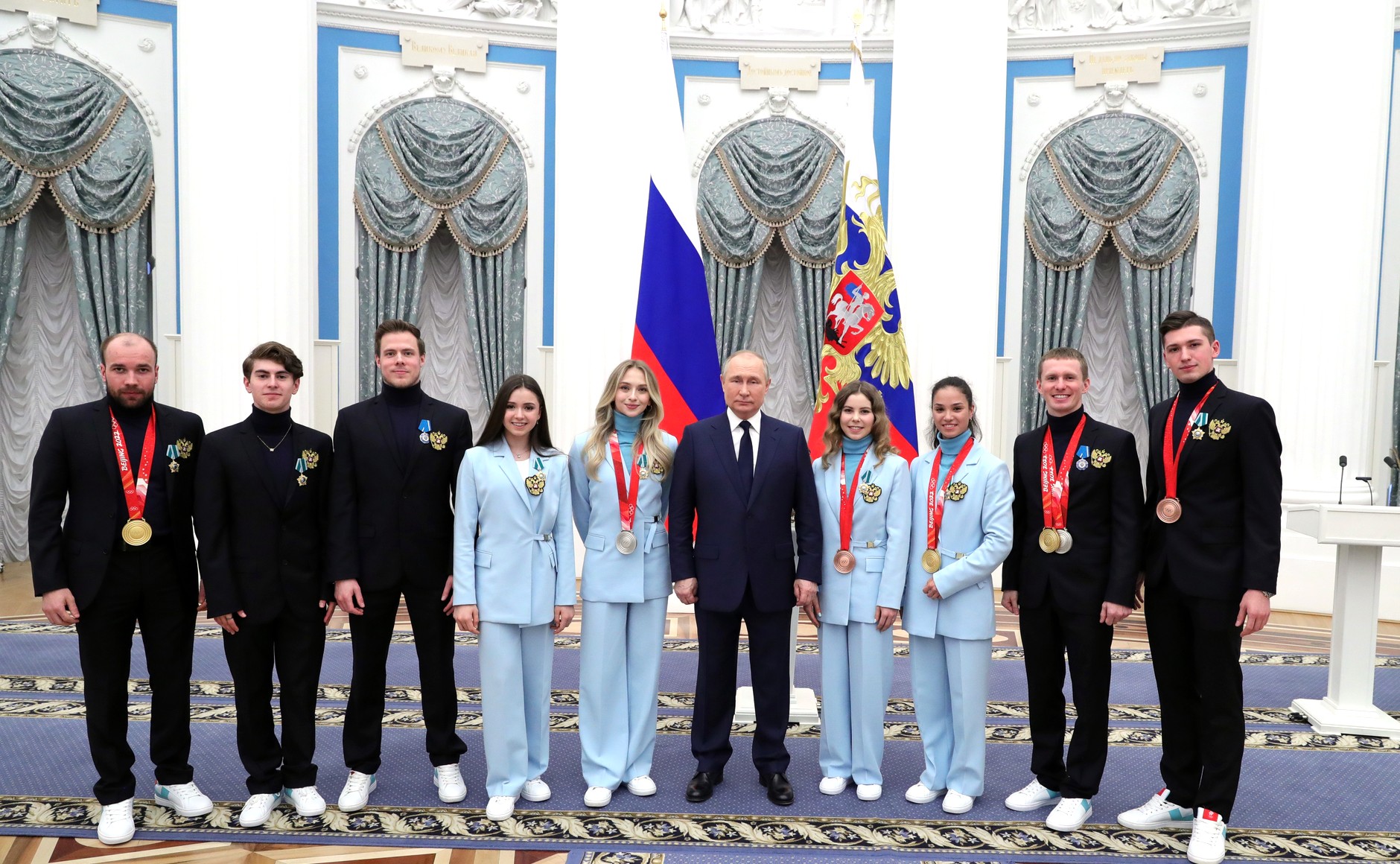 Congratulations and awards 28 April 2022
Vladimir Putin: “The brilliant and strong-willed triumphs of our Olympians are the real decorations of the 2022 Winter Olympics”

On 26 April, the Kremlin hosted a meeting between the President of the Russian Federation and Russian winners and medalists of the XXIV Olympic Winter Games in Beijing.