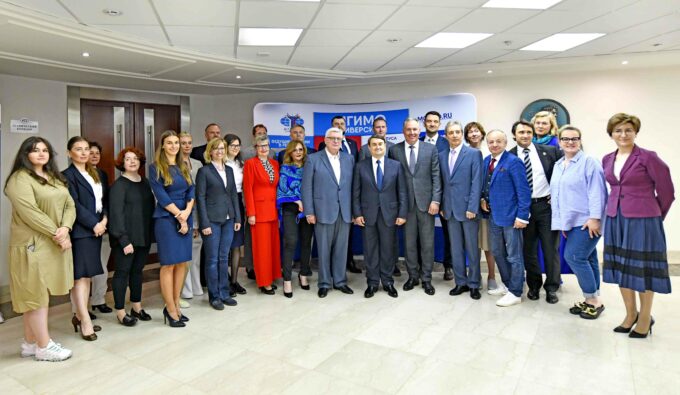 Stanislav Pozdnyakov: “The training program for sports diplomats must be continued”

The President of the ROC took part in the ceremony of awarding diplomas to representatives of the all-Russian sports federations who successfully completed their training under the professional retraining program “World Sport: Legal Regulation, Positioning, Communication,” implemented at Moscow State Institute of International Relations under the Russian Ministry of Foreign Affairs (MGIMO).

The President of the Russian Olympic Committee took part in the ceremony of awarding diplomas to representatives of the all-Russian sports federations who successfully completed their training under the professional retraining program “World Sport: Legal Regulation, Positioning, Communication,” implemented at Moscow State Institute of International Relations under the Russian Ministry of Foreign Affairs (MGIMO).

It should be noted that this educational project is being implemented at the initiative of the ROC with assistance from the Russian Olympians Foundation based at MGIMO School of Business and International Competencies for representatives of the all-Russian sports federations. Its main task is advancing the latest practical knowledge in the field of strategic sports management. First and foremost, it is intended for professional retraining of the management staff of the all-Russian sports federations.

— Unfortunately, the level of sports diplomats in Russia has dropped significantly lately, — said Stanislav Pozdnyakov. — Not enough attention was given to this area, so now the all-Russian sports federations are in dire need of such personnel. Last year, at the Presidential Council for the Development of Physical Culture and Sport, I highlighted that it was necessary to help the national sports federations in training specialists working in the field of international relations. And already today we can observe how MGIMO is engaged in their preparation alongside the Russian Olympians Foundation which is financing training and the ROC which is responsible for remuneration of their work in the all-Russian sports federations. This work has the potential to underpin the success of our athletes in arenas around the world.

— My colleagues and I unanimously agreed that this program should be continued. Only by joining forces can we improve the situation, — he added.

The course participants were told in detail about the institutions of world sports, the role of the ROC in the Olympic movement, the regulation of activities of specialized international organizations, sports law and arbitration, anti-doping policy and several other relevant aspects. — As you all know, Stanislav Pozdnyakov and I are heads of two European sports federations. Stanislav is the head of the European Fencing Confederation and I am the head of the European Table Tennis Union. Therefore, we know firsthand what role diplomacy plays in the world of sport, and how closely everything is intertwined, — said Igor Levitin. — In my opinion, the program that ended today was a great success. The next issue that we have to work on is the anti-doping education of athletes and leaders of the national sports federations.

— This program was conceived as a diplomatic academy for athletes, — stressed Alexander Katushev. — This is a first for Russia and the program is one-of-a-kind. Therefore, I would like to thank the MGIMO team for the work done.

During the six months of training, we carried out observations, made adjustments and gave evaluations to the lecturers. At the moment, the Olympians Foundation is discussing the launch of an even more extensive educational program based on the results of the completed course, — he summed up. 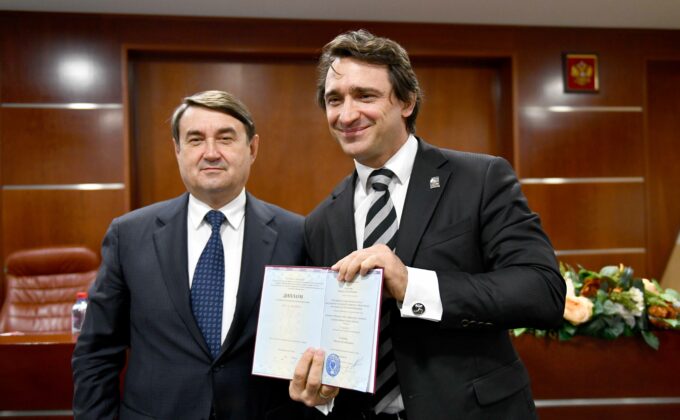 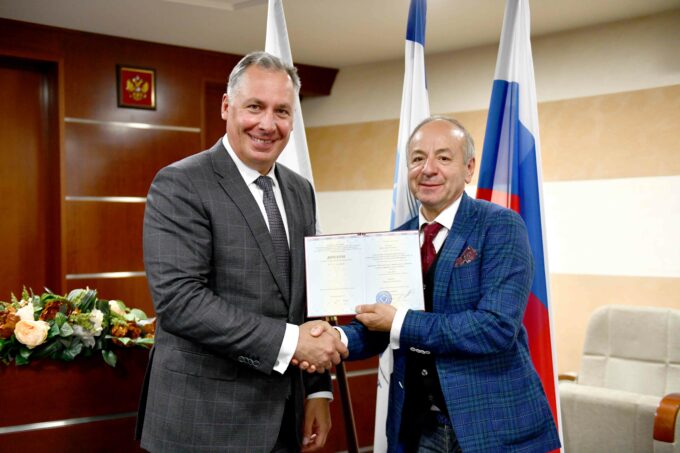