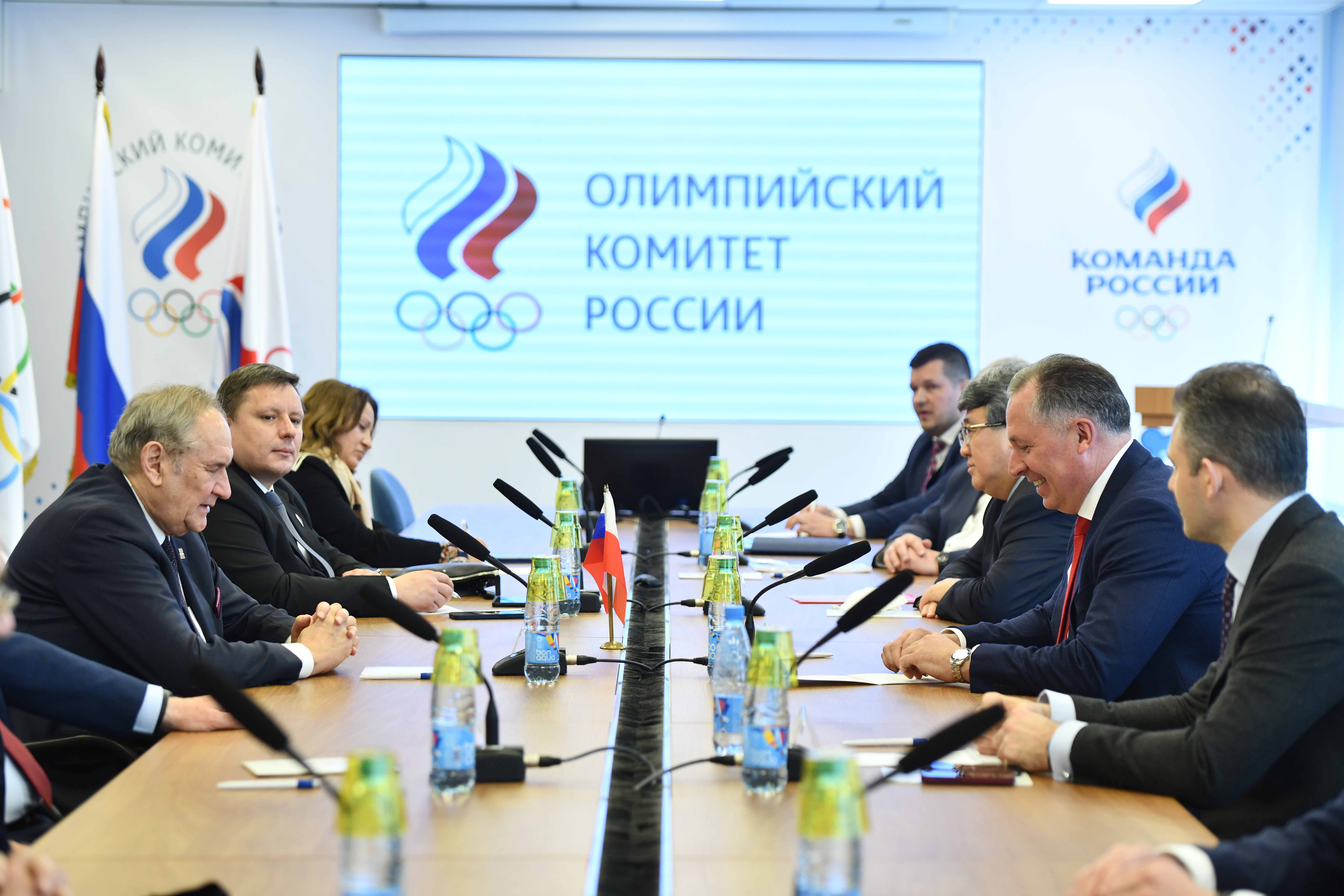 The working meeting of Stanislav Pozdnyakov and the Polish NOC delegation

The parties discussed current issues of international and regional cooperation, including the 50th General Assembly of the European Olympic Committees (EOC), scheduled for June 10-11 in Athens, preparations for the Tokyo Games, and the III European Games, which Poland will host in 2023. — The relationship between the National Olympic Committees of our countries has a long and good history, — said Stanislav Pozdnyakov. — With pleasure reminisce I the solemn 2019 ceremony in Warsaw on the 100th anniversary of the NOC of Poland. The pandemic messed up all our plans, and we were only able to meet again now.

According to Andrzej Krasnicki, Polish athletes continue to prepare for the Games according to the original plans. He also stressed that all delegation members would be vaccinated against the coronavirus before flying to Japan. Besides, the Polish side appreciated the recently presented the ROC Team official outfit for the Tokyo Games.

— All stores, restaurants, theaters, and sports facilities are closed in Poland, said Andrzej Krasnicki. — Exceptions are made only for athletes. The situation is complicated, but we believe that everything is going according to plan. We expect the number of our delegation to Tokyo to be about 220-240 people.

The parties also exchanged views on logistics. According to International Olympic Committee (IOC) anti-epidemiological requirements, athletes can move into the Athletes’ Village no earlier than five days before starting the performances and leave no later than two days after. According to Vladimir Sengleev, this will add to organizational difficulties. — Because of the pandemic, most of the final pre-Olympic training camp will occur in the Far East, so many athletes will fly to Japan from Vladivostok, Khabarovsk, and other cities, which forces us to think through all the options. The logistics is not easy. This issue is being actively worked out, and optimal and favorable solutions for our athletes should be found, said the Director General of the ROC.

As for the plans of the Polish side, the LOT airline will operate at least 2-3 direct flights from Warsaw to Tokyo for the Games period.

Marian Dimalski, NOC of Poland Board Member and Vice-President of the International University Sports Federation, shared the plans to organize student competitions shortly.

— Unfortunately, we had to postpone the Summer Universiade in Chengdu to the summer of 2022. Nevertheless, in December we expect to hold a winter competition in Lucerne, and in 2023 to gather in Yekaterinburg. The students are longing for the competition.

The meeting discussed in detail the III European Games, which will be held in Poland in 2023. The program has more than ten sports included, and the geography of the multisport forum brings together several country’s regions: Krakow, Lesser Poland Voivodeship, and Silesia. — The recent ROC Executive Committee set the budget for preparing for the European Games, — said Vladimir Sengleev. — As soon as the pandemic subsides, we would be happy to come to Krakow, Lesser Poland Voivodeship, and Silesia to see the competition venues and check the logistics out. We are also considering organizing, together with partners, the already traditional for the European Games, Russian Olympic Team House of Fans. We implemented a similar project in 2015 in Baku and 2019 in Minsk. Krakow is a beautiful city that sports fans will definitely love.

As Andrzej Krasnicki noted, the NOC of Poland intends to reduce costs when organizing the European Games. For example, the main tournament under the EOC auspices will feature only sports for which no new arenas need to be built.  Besides, most of the competitions in 2023 will be held in the rank of continental championships or qualifying for the Olympic Games in Paris.

— As the European Confederation of Fencing head, I can say that at the moment, we are working within the international federation to include the sport in the program of the III European Games — said Stanislav Pozdnyakov. — The competition will be held as the European Championships and will be part of the Olympic selection for the 2024 Games. This will make it possible to gather the leading fencers of the continent in Poland. The decision to make the European Games an Olympic qualifying tournament is the right one. This will raise their prestige, status, and importance, which is especially important in developing all sports on the continent. I should add that for me personally, Krakow is a special place; it was in this city in 1994 that I first won the European Fencing Championship, — added the head of the ROC.

At the end of the meeting, Yuri Yuriev, Deputy Secretary General — Head of the Department of International Relations, invited the Polish delegation to participate in the XXII Forum of CIS countries, the Baltic States and Georgia National Olympic Committees Heads, which is to be held in October this year in Tashkent.

In turn, Andrzej Krasnicki invited the representatives of the ROC to visit Poland to continue and develop good-neighborly and mutually beneficial relations between the countries.

After the talks, the participants attended a handball World Cup qualifying match between Russia and Turkey. 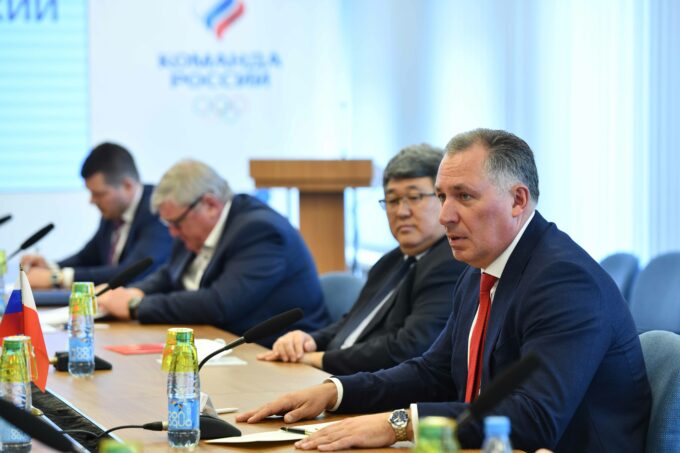 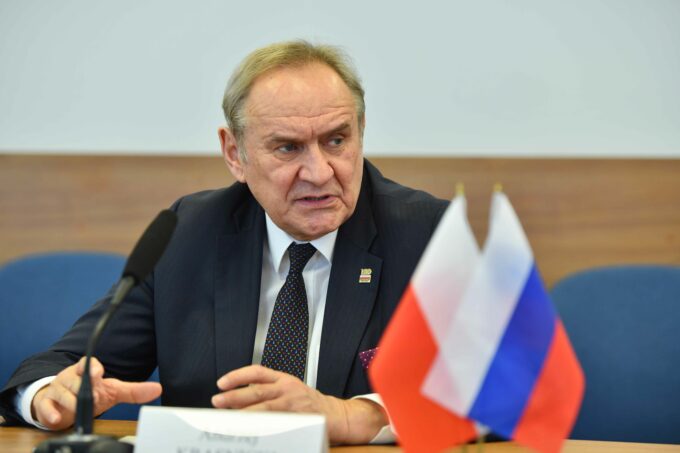 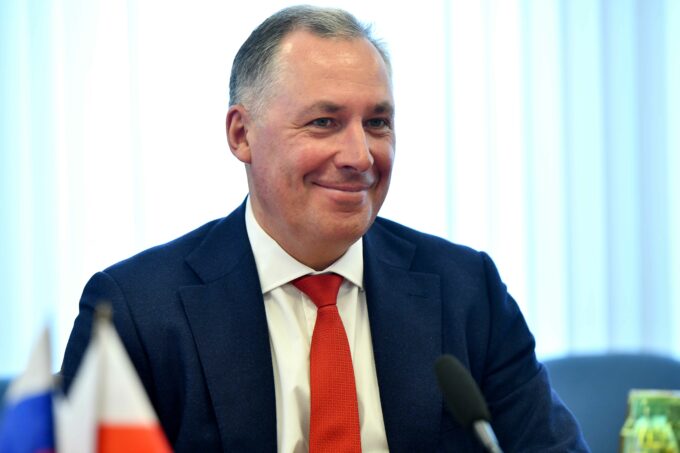 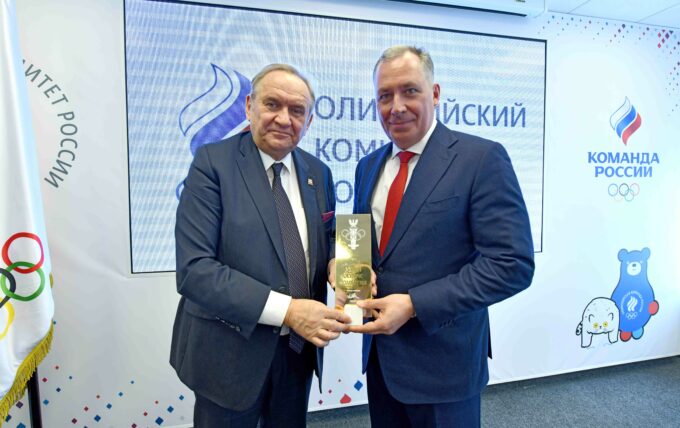