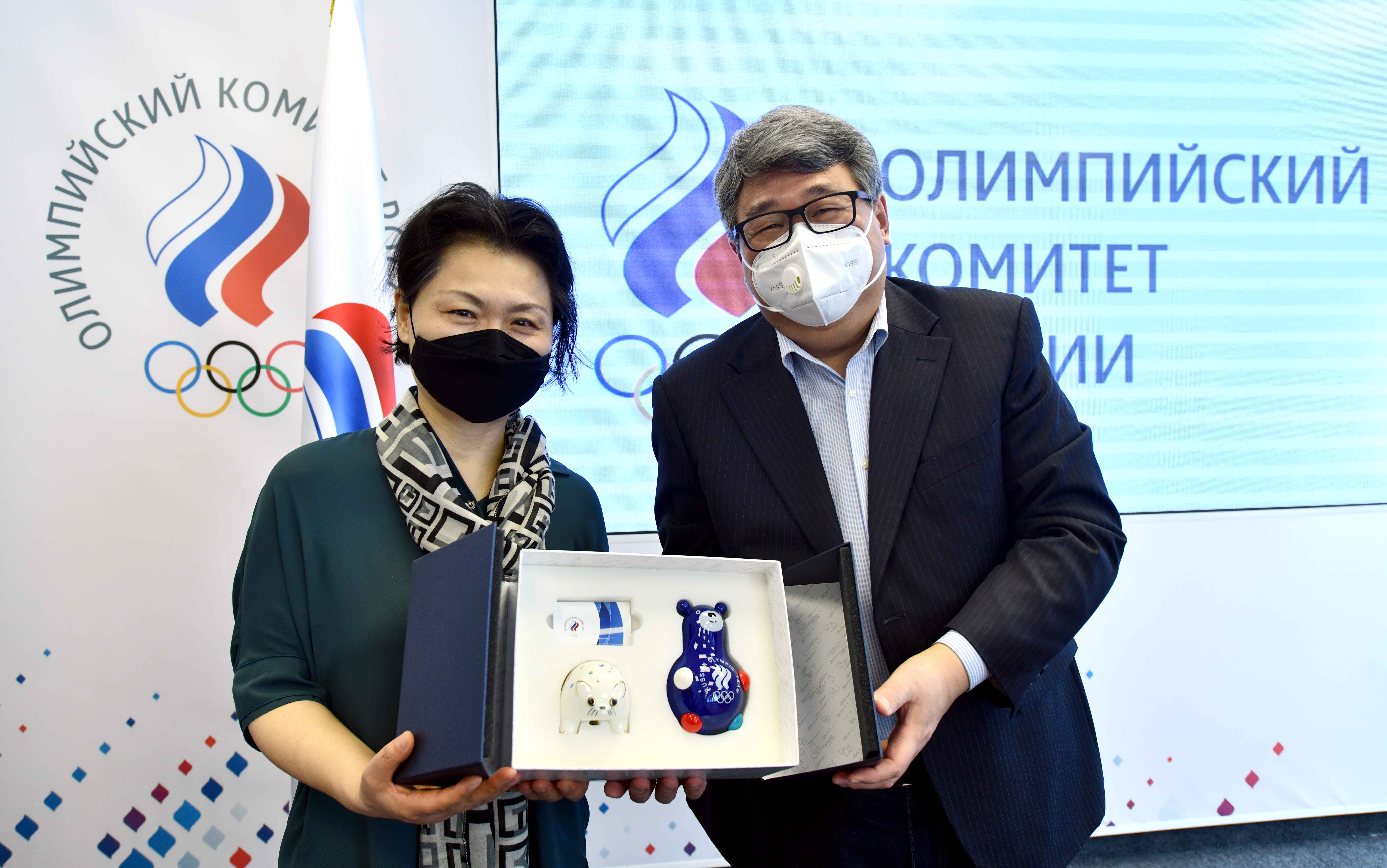 Vladimir Sengleev: “We invite the South Korean delegation to participate in the VIII World TAFISA Games”

The Olympic Committee of Russia hosted a working meeting of the ROC Director General Vladimir Sengleev with representatives of the Cultural Center of the Embassy of the Republic of Korea in the Russian Federation headed by Minister Plenipotentiary, Advisor, and Director of the Center Wee Myung-Jae.

The Olympic Committee of Russia hosted a working meeting of the ROC Director General Vladimir Sengleev with representatives of the Cultural Center of the Embassy of the Republic of Korea in the Russian Federation headed by Minister Plenipotentiary, Advisor, and Director of the Center Wee Myung-Jae.

Vladimir Sengleev noted that the 2018 Olympic Games Russian delegation had the fondest memories of their trip to Pyeongchang. — Our Olympic delegation felt very comfortable in Pyeongchang thanks to the fruitful cooperation between the ROC and the Cultural Center of the Embassy of the Republic of Korea in the Russian Federation. I do not doubt that during the Winter Youth Olympic Games 2024, we will get the same warm and hospitable welcome, said the ROC Director General.

The meeting participants discussed the possibility of implementing joint cultural and sports projects, including those aimed at the effective use of the Olympic legacy.

Ms. Wee Myung-Jae spoke separately about the South Korean government’s plans for a joint bid with North Korea to host the 2032 Summer Olympics.

— In 2018, our governments already discussed this issue in Pyeongchang. Since Brisbane, Australia, is currently considered the favorite to win the 2032 Games, we had hoped to hold new talks with our North Korean counterparts during the Tokyo Games. But, unfortunately, they refused to participate in these competitions, said Wee Myung-Jae.

Vladimir Sengleev emphasized that the Russian Olympic Committee now pays special attention to creating the necessary conditions for Russian athletes who are preparing for the Olympic Games in Tokyo and Beijing. The ROC Director General also invited South Korean colleagues to participate in the VIII World TAFISA Games. As you know, a large-scale festival of amateur sports will be held in Nizhny Novgorod in 2024, and the National Olympic Committee (ROC) will act as its organizer for the first time.

— The representative of South Korea Mr. Joo-ho Chang was a member of the Organizing Committee of the Olympic Games in Seoul in 1988, and now he heads the International Association “Sport for All” (TAFISA), — reminded Vladimir Sengleev. — We know that South Korea has a lot of interesting national sports and we would be glad to see your delegation in Nizhny Novgorod. An extensive cultural program is planned for the TAFISA World Games, in which your Cultural Center could also take part.

The Korean side showed interest in the participation of their country’s delegation in the 2024 TAFISA World Games and emphasized the importance of integrating mass and amateur sports into the daily life of society.