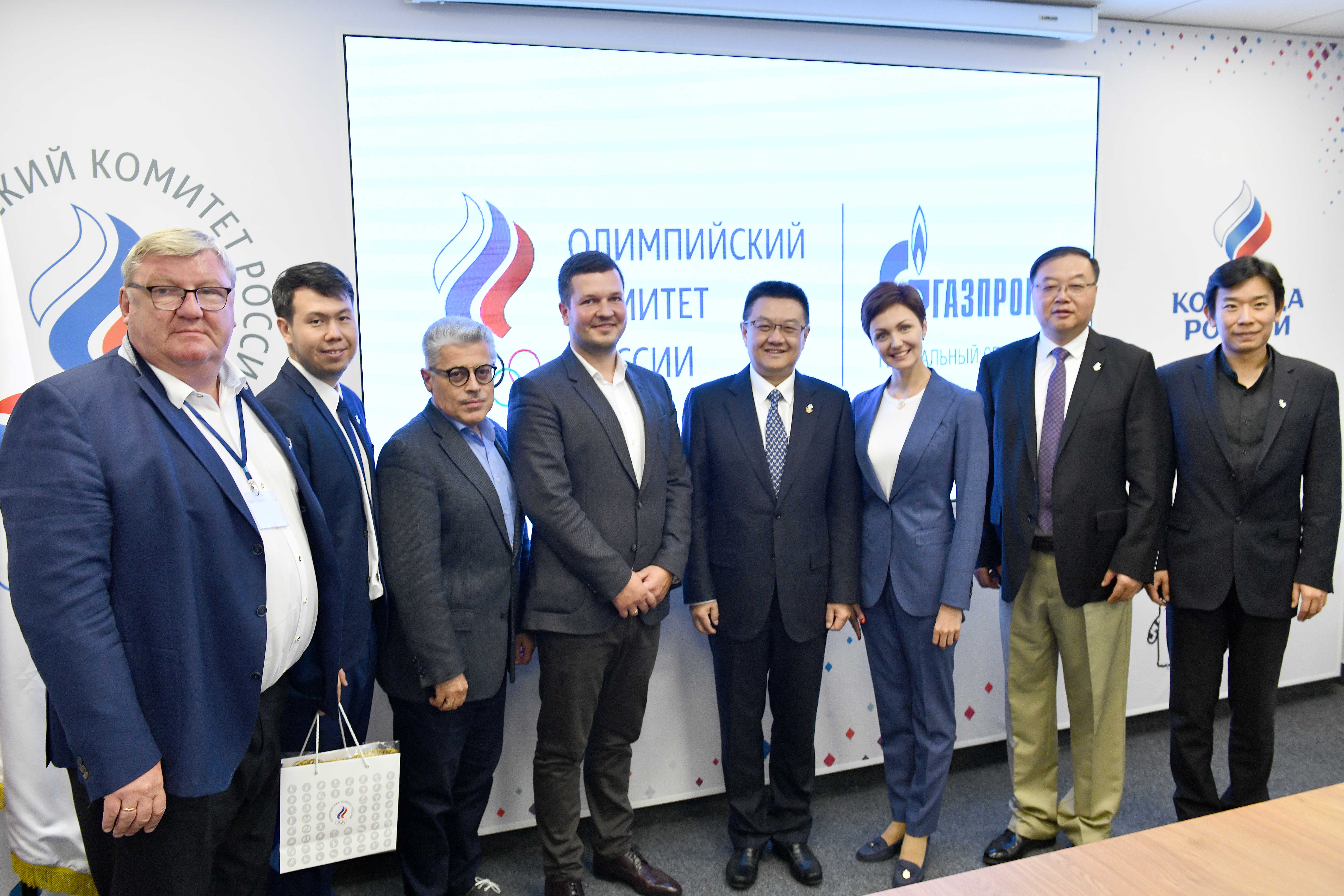 On September 13, a delegation of the Beijing 2022 Organizing Committee visited the Russian Olympic Committee. During the meeting, both sides discussed preparations for the 2022 Winter Olympics and cooperation in various areas.

On September 13, a delegation of the Beijing 2022 Organizing Committee visited the Russian Olympic Committee. During the meeting, both sides discussed preparations for the 2022 Winter Olympics and cooperation in various areas.

Anastasia Davydova noted that ROC representatives, together with their Chinese colleagues, are ready to participate in implementing joint projects aimed at developing high achievement sports in both countries.

– I am especially pleased to welcome the Chinese delegation to Moscow as I took part in the 2008 Summer Olympics in Beijing, where I won two gold medals, – said ROC Secretary General Anastasia Davydova. – I am glad that in 2022 we will go to this city once again, this time for the Winter Olympic Games which will undoubtedly be organized at the highest level.

As you know, last year the ROC and the Chinese Olympic Committee signed a Memorandum of Cooperation that envisages exchanging specialists, organizing match encounters and advanced training courses for athletes and coaches, as well as other projects.

The Head of the Human Resources Department of the Beijing 2022 Organizing Committee, Yan Cheng, thanked the ROC for its willingness to cooperate and share experience.

– The Russian Olympic Committee is our main strategic partner, – said Mr. Yan Cheng. – Your country is traditionally strong in winter sports and has rich experience in organizing major international competitions, including the Olympic Games. We look forward to putting into practice your knowledge base and technology in preparation for the 2022 Games.

Furthermore, Yury Yuryev addressed the Chinese delegation and spoke about the educational programmes of the ROC based at the Russian International Olympic University (RIOU).

– We are ready to invite representatives of the Beijing 2022 Organizing Committee to undergo training at RIOU as part the English-language programme Master of Sports Administration, – said Yury Yuryev.

Also discussed was the possibility of organizing training events for Russian athletes at the Olympic facilities of the 2022 Olympics, conducting match encounters between Russian and Chinese athletes, as well as working together as part of ROC’s special Steinshlift project.

It is worth mentioning that during the visit to Moscow, the Chinese delegation also visited ROC’s Innovation Centre and the Training Centre “Novogorsk”.