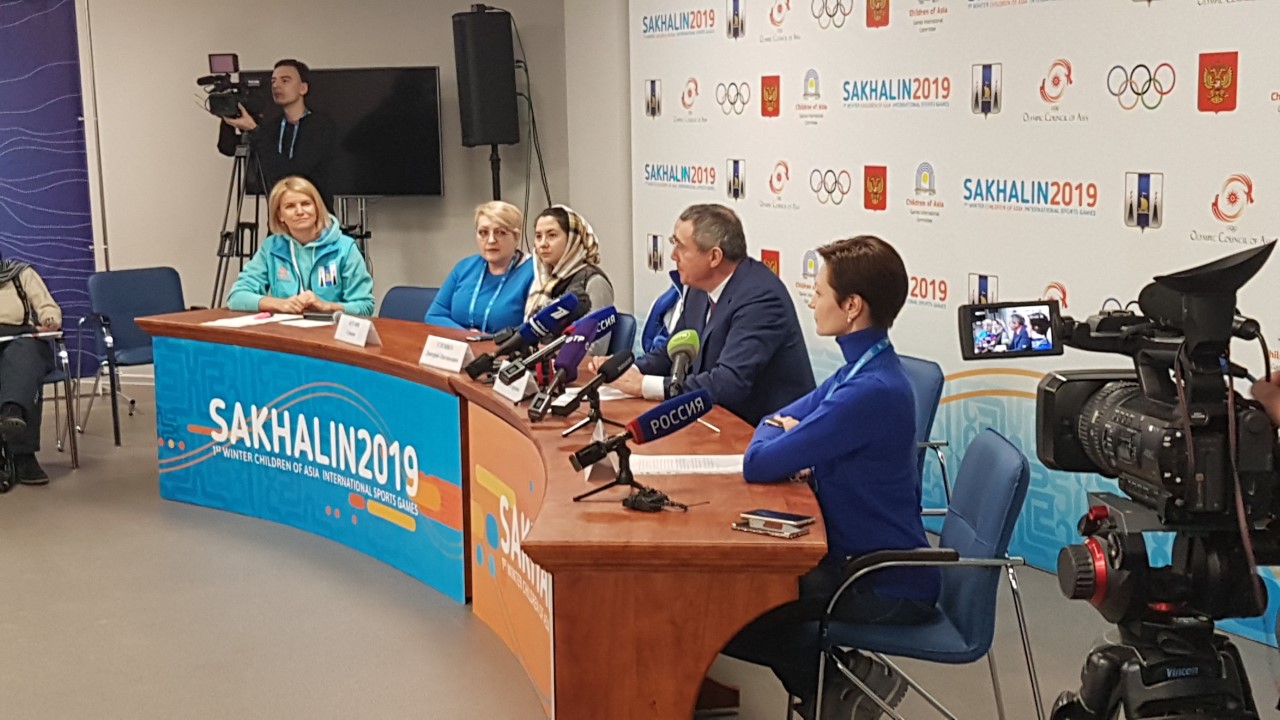 Anastasia Davydova: The Children of Asia Games play a significant role in the development of children’s and youth sports

Speaking to journalists, Anastasia Davydova noted that Sakhalin is a region where they are actively developing winter sports, where they welcome guests and know how to receive them.

— I’m pleased to note that here, at the sports infrastructure facilities of Sakhalin, a part of the Russian Olympic team conducted their final stage of preparation for the 2018 Winter Olympics in Pyeongchang (South Korea).

The Children of Asia Games play a significant role in the development of children’s and youth sports, mass physical culture, contribute to the nurturing of respect for fair competition and form the right outlook on healthy lifestyle among the younger generation. And, of course, these Games contribute to the strengthening of mutually beneficial cooperation with Asian countries and help young people from these countries to establish friendly contacts with each other.

For the first time in the history of the Children of Asia Games, athletes will be competing in winter sports (namely, alpine skiing, snowboarding, biathlon, cross-country skiing, ski jumping, figure skating, short track and hockey). For this purpose, all the necessary infrastructure has been created on Sakhalin.

I’m even more pleased to note that the opening of the 1st Children of Asia Winter International Sports Games was set to coincide with Winter Sports Day, held by the Russian Olympic Committee as part of the ROC Programme for Mass Sports Development “Olympic Country”. The Russian Olympic Committee established a tradition to annually celebrate Winter Sports Day on the first weekend after 7 February, the opening day of the Winter Olympics in Sochi. Each year, about two million people across 82 entities of the Russian Federation take part in this event.

Also, the Russian Olympic Committee contributes to the involvement of new national Olympic committees in participation in the Children of Asia Winter Games by offering assistance in the training of winter sports athletes and coaches.

Thanks to the ROC’s support, last year the Children of Asia Games International Committee was recognised by the Olympic Council of Asia and became part of the large Olympic family.

In this regard, it should be noted separately that the Children of Asia Games on Sakhalin will be held under the patronage of the International Olympic Committee, and that will allow us the use of Olympic symbols at the event, — concluded Anastasia Davydova.