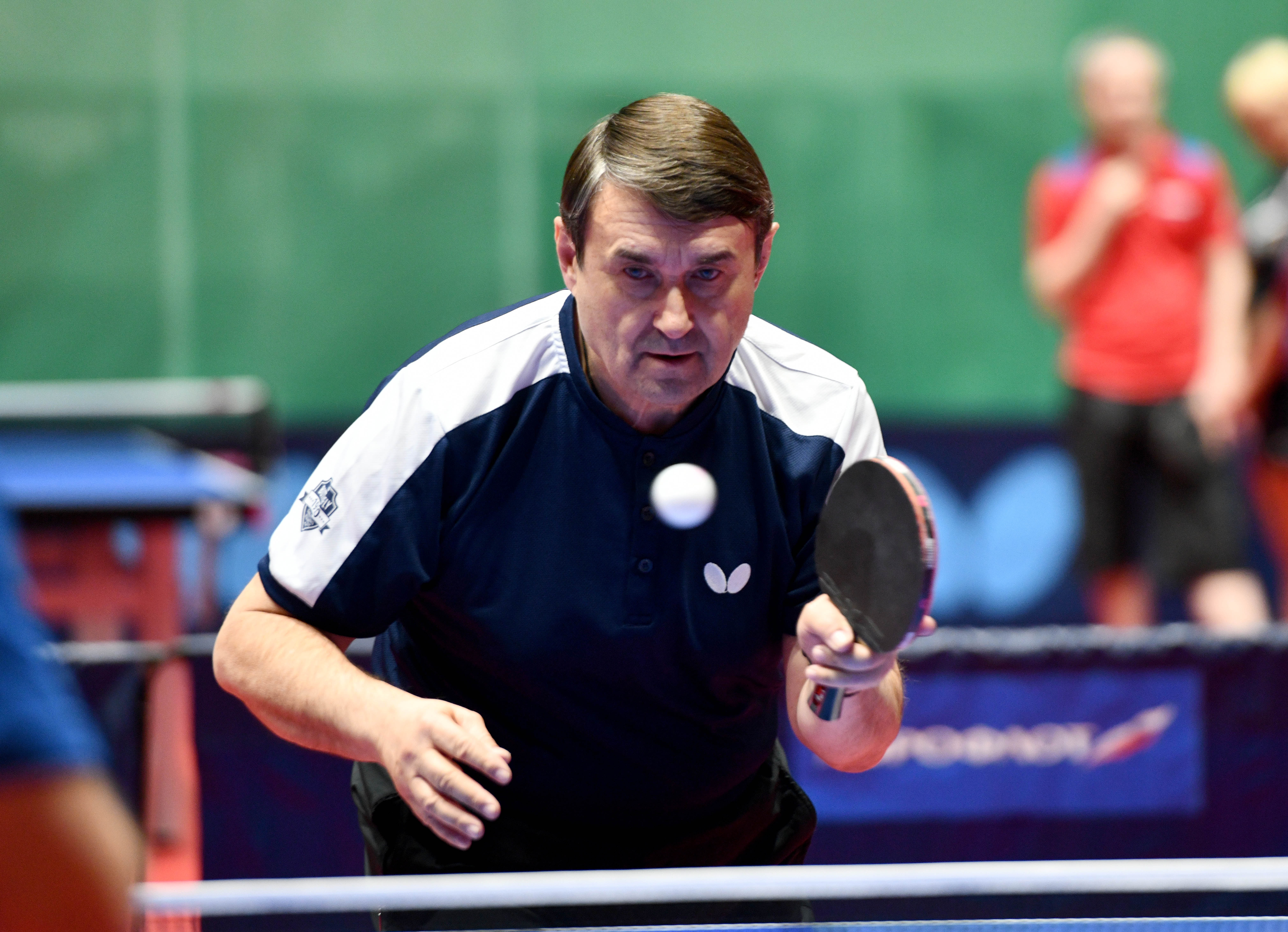 Igor Levitin: ″Table tennis has been my passion over the course of many years″

The table tennis personal-command championship of Russia has started in Moscow. From February 26 to March 3, athletes from 28 regions of the Russian Federation will determine the best players in individual and team ranks. The tournament will be one of the stages of selection for the World Cup, which will be held at the end of April in Budapest.

The table tennis personal-command championship of Russia has started in Moscow. From February 26 to March 3, athletes from 28 regions of the Russian Federation will determine the best players in individual and team ranks. The tournament will be one of the stages of selection for the World Cup, which will be held at the end of April in Budapest.

The opening ceremony of the competition was attended by the Advisor to the President of the Russian Federation, Chairman of the Board of Trustees of the Table Tennis Federation of Russia (TTFR) and First Vice President of ROC Igor Levitin, Head of Moscow City Sports Department Nikolay Gulyayev, TTFR President Alexander Babakov, Director of Sports and Head of the Main Directorate for ensuring participation in Olympic sports events of ROC and TTFR Vice President Andrey Konokotin, as well as veterans of national table tennis.

– The last time Moscow hosted the Russian table tennis championship was 15 years ago. I am grateful to Moscow’s Department of Sports for creating the conditions that have allowed to hold the tournament on the international level. I really hope that table tennis will be played all over the country, which will allow this beautiful sport to develop. While our legends are alive, young athletes can look up to them and strive for the best results, – said Igor Levitin.

Along with the matches of professionals in the sports complex Chertanovo, a doubles VIP tournament took place, where the presidents of the regional federations, silver medalist of the 2003 European Championship in doubles Dmitry Mazunov, Igor Levitin, Andrey Konokotin and other renowned guests showed their skills in table tennis.

Despite the amateur status of the participants, they did their best to win. Igor Levitin was paired with famous Soviet tennis player Valery Shevchenko and it seems they got lucky: their matches were judged by two-time world champion and three-time European champion Svetlana Fedorova.

– Igor Levitin pays a lot of attention to the development of our sport even despite the fact that after the collapse of the USSR, the results of Russian athletes leave much to be desired. By the way, I myself continue to play along with the young players, – said the famous athlete.

Over the course of the evening, the guests of honour not only identified the strongest in their circle, but also spoke with representatives of regional federations, discussing, among other things, the pressing problems of table tennis.

– It is good that more and more regions are developing this sport, – noted Igor Levitin before the final of the VIP tournament. – The Ural Federal District stands out especially. Our teams are among the leaders of the European Club Championship. Yes, foreigners are part of those teams, but Russian athletes are progressing as well.

– How do you rate the level of the national championship?

– The level is quite high. The best tennis players will perform in Moscow. Those who miss the individual-team championship of the country practically have no chance to get into the international and European competitions.

– What are the challenges facing Russian tennis players in the pre-Olympic year?

– We are well aware that it will be difficult to compete with world players at the Olympic Games. Nevertheless, in sports you should always set maximum goals. In Tokyo, we will try to compete for medals in several disciplines.

– TTFR was one of the first to hold the club championship matches under the new rules.

– We developed several important initiatives designed to make table tennis more spectacular. For example, Russia was one of the first to play without “more-less” (the 11th point with a score of 10:10 brings victory), with a seven-point fifth set. We also use 10 balls and volunteers who collect them and pass them on to the umpire. This has allowed to significantly increase the dynamics of the game. It is important that the European and world federations take note of our developments.

– Judging by the fact that you managed to reach the final, do you play table tennis regularly?

– This has been my passion over the years. I try to play regularly because I believe that a person working in a federation should know his sport from the inside.

Ultimately the VIP tournament was won by the pair Levitin and Shevchenko who did not lose a single game. All the participants received awards from the head coach of the Russian national table tennis team Sergey Astakhov.