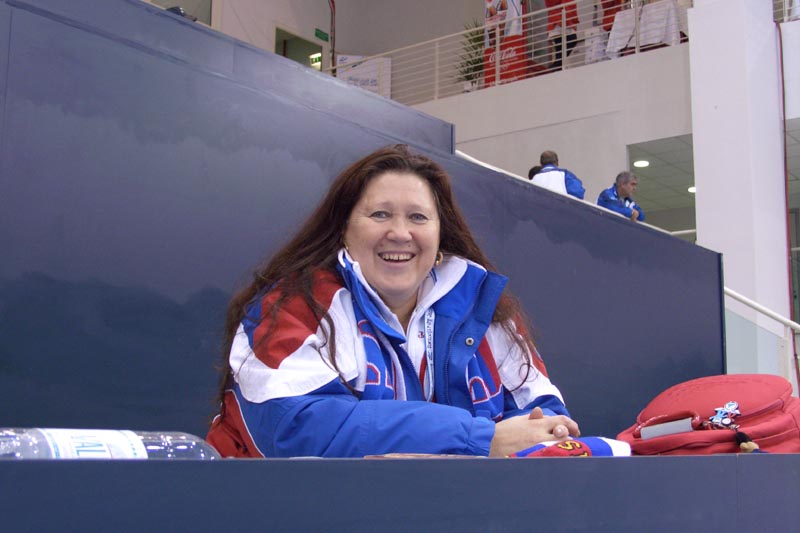 On Saturday, March 17, the Russian women’s Curling team headed by skip Victoria Moiseyeva will play the first match at the World Cup in North Bay, Canada (Ontario). They will play against the team of Scotland. The game starts at 9pm.

On Saturday, March 17, the Russian women’s Curling team headed by skip Victoria Moiseyeva will play the first match at the World Cup in North Bay, Canada (Ontario). They will play against the team of Scotland. The game starts at 9pm.

13 national teams will participate in the competitions. Compared to the Olympic Games the number of participants increased. The teams of the Czech Republic, Germany and Italy joined that competition, which will last till March 25. Then there will be two more World Curling Championships: from March 31 to April 8 in Las Vegas (men) and from April 21 to 28 in Östersund, Sweden (mixed pairs).

Olga Andrianova,  member of the Executive Committee of the Russian Curling Federation, assessed the chances of Russian teams in an interview with the information service.

– At the Pyeongchang Olympic Games our women’s team performed  not as well as we would want it to,  said the honored coach of Russia.  It was due to the lack of experience. After all, this team has never participated in Olympic tournaments or World Championships. However, at the time when we were choosing the team to go to Korea, it was the strongest in the country. In a series of qualifying matches, Victoria Moiseyeva’s team outperformed the team of Anna Sidorova.

After the Olympic Games the compositions are often renewed. However, after analyzing the compositions of the teams, participating in the World Cup, I found that most of them will look the same as they did in Pyeongchang. The teams are young, so the national federations intend to rely on them in the new Olympic cycle.

On the result of the round tournament, two best teams will make it through  to the semifinals, and four teams will play the play-offs: the 3rd with the 6th and the 4th with the 5th. Our girls are in good shape and should be one of the six. And after that much will depend on who our rivals will be.

At last year’s World Cup the men’s team, in a slightly different composition, lost all 11 matches. In the current composition, it took the 6th place at the European Championships this autumn and then lost qualifying tournament for the Olympic Games. Based on these data, I do not see any preconditions for a high result. I hope, however, that they will manage to make it to the six.

It is believed, that Curling athletes ripen, when their experience in this sport is at least 12 years, and when they are not under the age of 25. The age of our players is 24 – 28 years. I myself would place a bet on the older, more stable athletes. For example, the team that took 7th place at the Sochi Olympic Games.

As for the mixed doubles it is difficult to suggest. The strongest duo Anastasia Bryzgalova / Alexander Krushelnitsky, who won bronze medals in Pyeongchang, was disqualified. While our Federation is engaged in investigation of how the banned substance came to be in the curler’s system. At the same time, Maria Komarova/Daniil Goryachev passed the whole cycle of preparation for the Olympic Games. I think this pair has a chance to get to the top.

– During the Olympic tournament, Moiseyeva’s team, which took 9th place out of 10, lousing up match endings. What is the reason?

– In Curling, if the opponents are equal, the last throw in the final end is often decisive. It  requires maximum concentration and effort. Moiseyeva did not have enough experience of fighting in major tournaments where you play at least ten instead of 4-5, at the highest level, what is more.

The team has a young lineup. Ulyana Vasilyeva is still just a junior. At some point she could not stand the tension and started to play worse than she could. She was not invited to go to the World Cup, though, in my opinion, in vain. At the 2002 Olympic Games, when I worked with the national team, the team was made of juniors, with the exception of Yana Nekrasova. We took 10th place at that debut Olympics, but next time, in Turin, we were already 5th.

Of course, Sidorova’s team is much more experienced. Kira Ezeh played in four Olympic games, the other girls participated in two Olympics. But this team had not been prepared and was in very bad shape. Girls began fuss from one sports organization in another, from one coach to another, and spent for it a lot of energy and time which should have been devoted to preparation. I am sure, that Sidorova’s team could not perform better than Moiseyeva’s team, which could not cope with the endings, but mostly played equally with the rivals. This suggests that the level of preparetion was very good. Maybe sometimes our team was too straight in tactical terms, did not provide a margin in the middle of the game, when it was possible. We will see how it will show itself at the World Cup.

The only thing that is slightly annoying me, is the inclusion of the skip from the opponents’ team. Although I know that Anna Sidorova wants to play. At the time, she told me: “Olga Alexandrovna, I’m ready to play in any team, just to play.”

However, Sidorova has some disagreements with the athletes from the Moiseyeva’s team, and I do not think that they will be able to quickly smooth them. The introduction of a new person into a small women’s team, which consists of four players, is a complex process. You cannot expect, that she will walk out on the ice and immediately start to play. There are nuances that can be solved only at the training sessions, and Sidorova was only once at the training camp with this team. Therefore, I believe that Anna will a reserve player, and her presence will not give any positive emotions  to the team.

– Who initiated Sidorova’s inclusion in the national team?

– At the beginning of the Olympic tournament Moiseyeva’s team lost matches in a bitter struggle. After  Kruszelnicki scandal broke there went thumpings. Did this situation affect the team psychologically?

– Certainly! I was amazed to see on television, Moiseyeva giving interviews, commenting on the story. Coaches, as well as everyone who was near, had to protect the team from negative information. Girls were frightened of pressure and possible provocations. However, Curling is not just skills, but also psychological resistance. Stress resistance is a very important issue. In this case, the coaching staff made a tactical mistake. I asked the coaches why they did not protect the athletes from unnecessary interviews. It turned out, they did not know that, passing through the mixed zone, the players have the right to refuse to speak with journalists. But this is indeed a sign of incompetence. Unfortunately, there were no experienced consultants who had previously been to the Olympics and are familiar with this sort of intrigues.

– Do you have any idea how and when meldonium came to be in the Krushelnytsky’s system?

– Time is outlined. This could happen either at the end of the training camp in Japan, or already at the competitions. It could be accidentally. I mean, it’s a microscopic dose. Even the IOC does not deny that for the athlete it did not make sense to take this drug. Both the Investigative Committee and our internal Commission, of which I am a member, are currently investigating. The final results will be around April 10. While I can express only my own opinion: certainly, the athlete did not take meldonium, he is a normal person. But it is very difficult to determine who is to blame. It is a granule, someone could shake off his clothes, passing by. We are waiting for the results of the investigation and, of course, we hope that the IOC would be lenient. Krushelnitsky is a young capable athlete who can still achieve success under the flag of the country. We hope that suspension will be lifted or he will be disqualified for the shortest possible time.