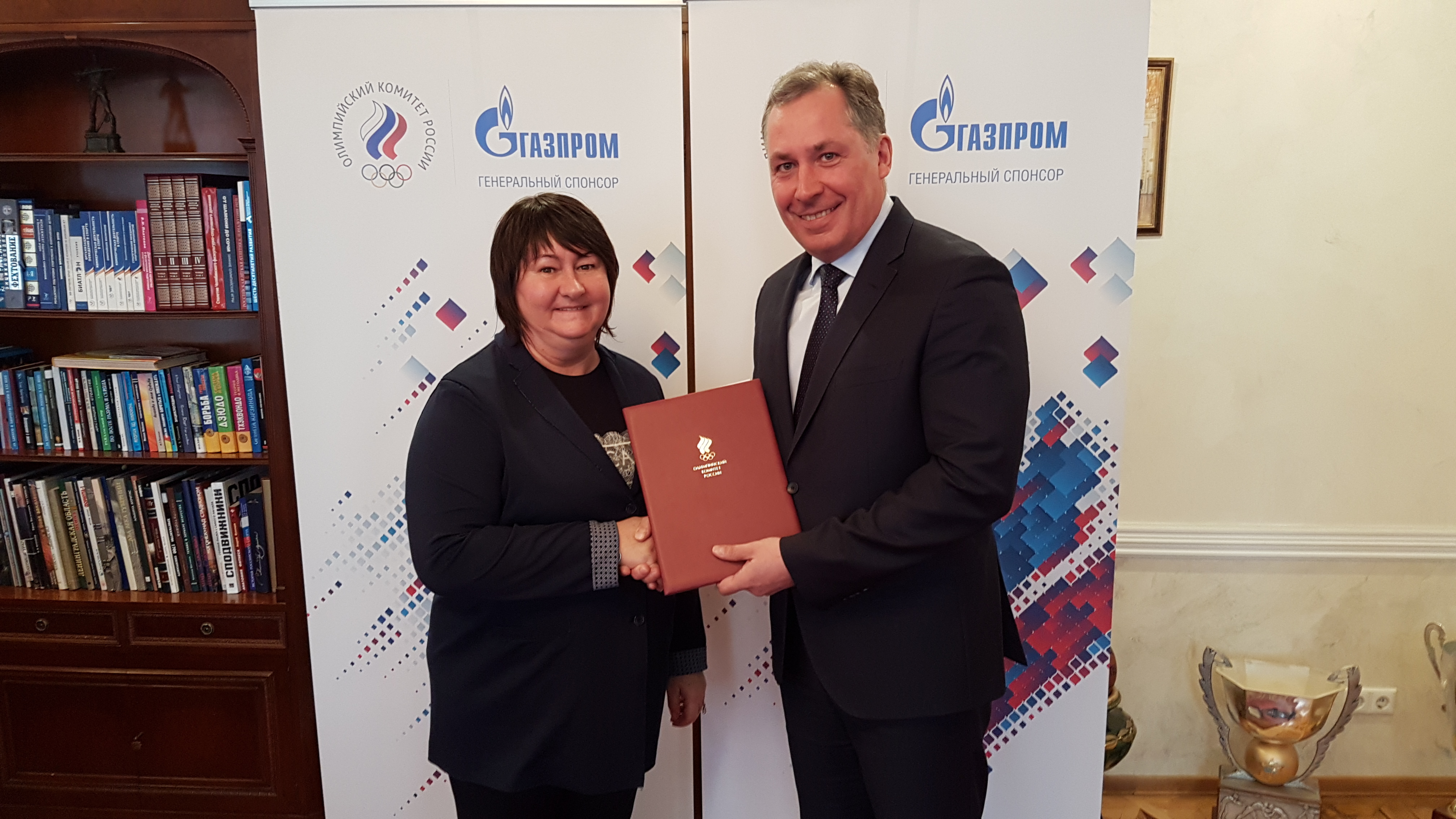 Today ROC President continued a series of working meetings with the leaders of winter sports federations, which resulted in the four-year extension of cooperation agreements with the federations of Curling and Cross Country Skiing.

Today ROC President continued a series of working meetings with the leaders of winter sports federations, which resulted in the four-year extension of cooperation agreements with the federations of Curling and Cross Country Skiing.

The head of the Cross Country Skiing Federation of Russia, Elena Vyalbe, talked to Stanislav Pozdnyakov about the preparations for the World Cup, which starts on February 19 in Seefeld, Austria. According to her, the team is in good shape right before the start of the season.

– For many years, the Russian Olympic Committee has provided us with considerable assistance in purchasing equipment, – said the three-time Olympic champion in an interview to the ROC Information Service. – This clause is also stated in the new agreement. In addition to the Steinshlift program, which has proven itself as successful at the Olympic Games in Sochi and Pyeongchang, we are waiting for cooperation as part of an educational program aimed at improving the qualifications of coaching staff. This is a pilot project, but I am sure that it will be implemented on the highest level.

Elena Vyalbe also noted that in the near future, ROC specialists within the framework of the Steinshlift project will go to Beijing, where they will begin to select grease for the equipment of our skiers taking into account the 2022 Olympic Games.

The head of RCF, Dmitry Svishchev, in turn, thanked Stanislav Pozdnyakov for the assistance in curling development and once again stressed the importance of the fight against doping at all levels.

– Only those athletes who have completed the RUSADA educational course can take part in competitions under the auspices of our federation, – he noted. – Anti-doping activities in close partnership with ROC are now a priority for RCF.

Another important aspect of our cooperation is the issue of remuneration of foreign specialists. We plan to bring famous foreigners to work so that our young coaches can learn from them.

Stanislav Pozdnyakov wished success to the skiers and curling players at the upcoming world championships, and also thanked the leaders of both federations for their assistance in organizing Winter Sports Day.

– For the first time, together with the Ministry of Sport, we are launching an inter-agency training program for our Olympians for the 2022 Games in Beijing, – said the President of ROC. – I hope that our joint work will help the skiers take another step forward. We now have a young, passionate team whose main success is still ahead. I would also like to note the overall great performance of the winter sports athletes this year. The results suggest that we are moving in the right direction.

The topic of the fight against doping is extremely important for the entire Russian Olympic movement. Immediately after the anti-doping seminar in Novogorsk, on the eve of the departure of the Russian Olympic team to the European Youth Olympic Festival in Sarajevo, we agreed with the leadership of RUSADA on cooperation through the Commission of ROC athletes. This will help speed up the resolution of pressing issues that concern athletes and federation leaders.