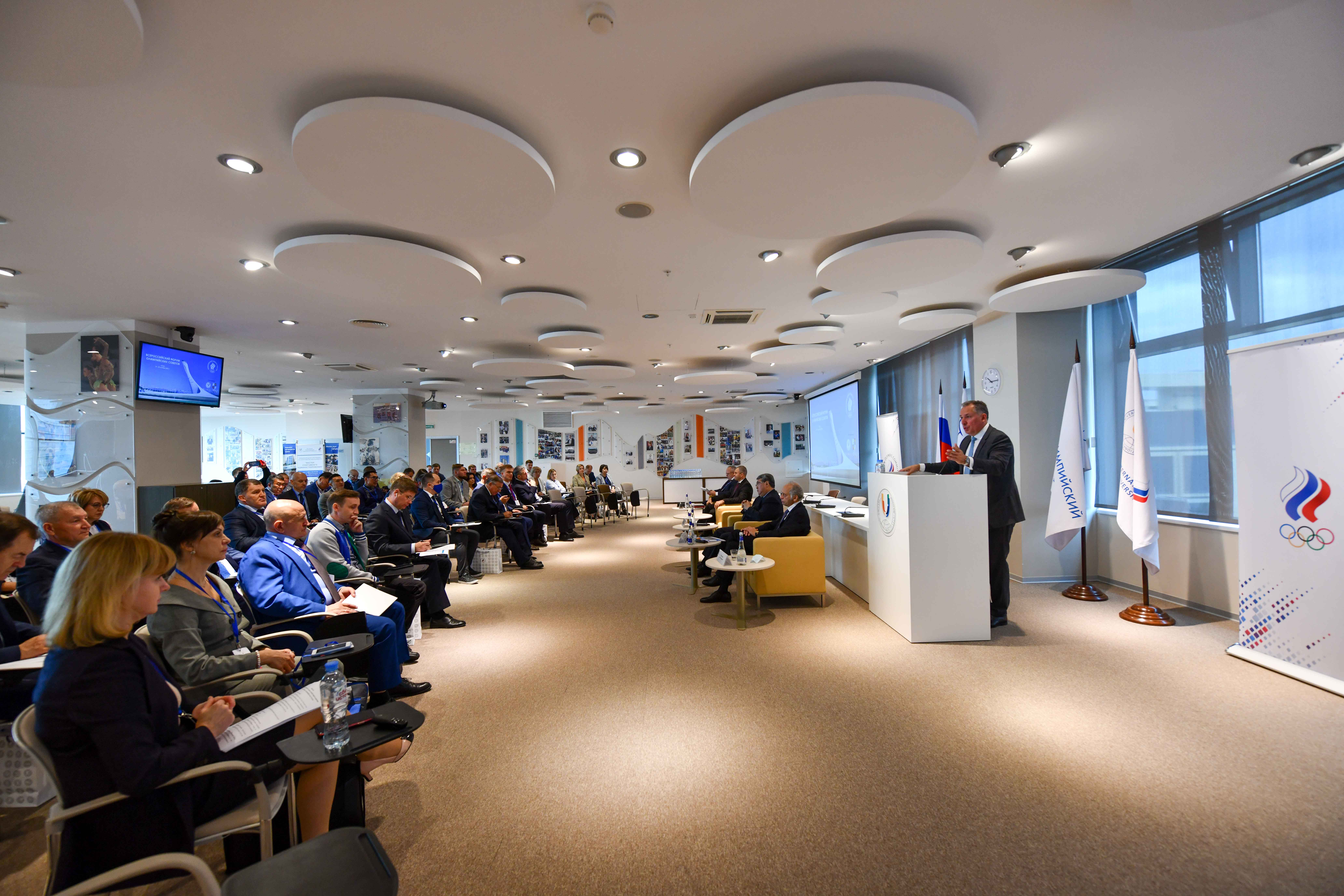 On the first day of the Forum, participants discussed topical problems in terms of development of sports and the Olympic movement in the regions, expanding cooperation with the support of the ROC in high-achievement and mass sport,  and also exchanged views on possible ways to resolve pressing issues related to the activities of the Olympic Councils, as well as greater integration of local regional sports structures into global processes aimed at developing sports in Russia, including training, methodological, educational, international, and anti-doping support. 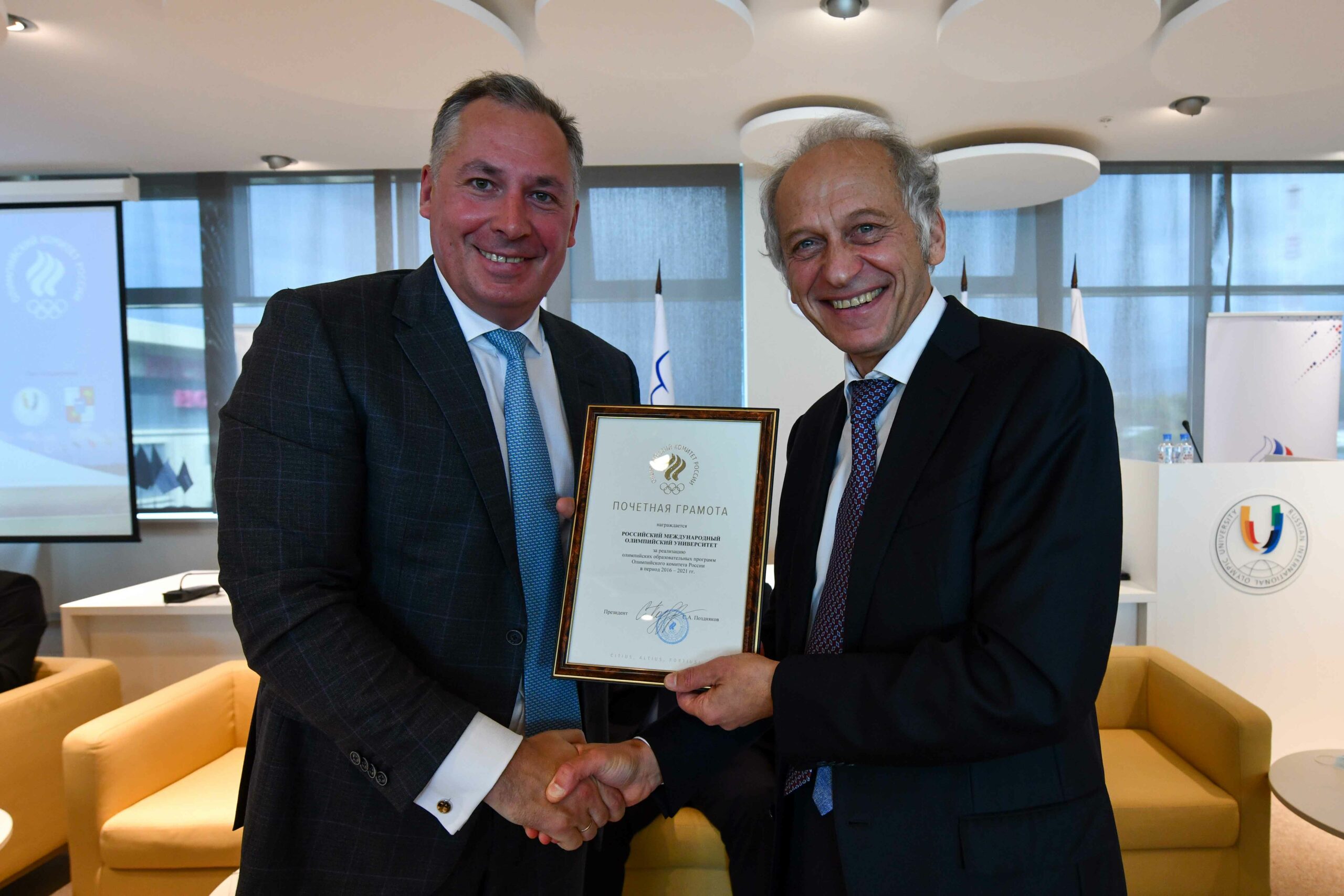 — One of our central tasks in the regions is to increase the efficiency of interaction of the Olympic Councils with federal and regional state bodies, local governments, public associations and organizations, and, most importantly, with the population, — said Stanislav Pozdnyakov in his speech. — The relevance of this approach is reflected in the Strategy for Developing Physical Culture and Sport in the Russian Federation for the period up to 2030, which was recently approved by the Order of the Government of the Russian Federation.

One of the most important ideas is partnership within the sports community, taking into account the regional characteristics of physical culture and sports development.

The action plan for implementing Strategy-2030 stipulates that by 2023 a roadmap will have been developed and approved to enhance measures of state support for regional sports federations and regional Olympic councils as part of implementing measures to improve the management system of the industry and interaction between the subjects of physical culture and sport.

In this regard, within the framework of improving the activities of the Olympic Councils, I propose, in particular, to actively use in cooperation with regional executive authorities and other representatives of the sports industry the experience gained and the systematic approach of the ROC.

— Our university can rightly be called the main humanitarian heritage of the Games in Sochi, — said Lev Belousov. — The RIOU was created not so long ago, but we have already achieved success. For the fourth year running, the university has taken a leading position in the rankings of the reputable British magazine SportBusiness International. Last year we took second (!) place in the world in such an important indicator as the quality of education. In five years, almost 6 thousand people have been trained within the framework of the Olympic educational program. If we talk about Russian athletes, 175 Honored Masters of Sports and International Masters of Sports have already received RIOU diplomas, including 55 Olympic champions and prize-winners. We are constantly changing and adapting our programs to the needs of modern sports and the Olympic movement. ROC President Stanislav Pozdnyakov today mentioned the importance of anti-doping education. We did not have such a program before, but in a fairly short period of time, with the support of the Russian Olympic Committee and RUSADA, we solved this issue.

After the speech of the rector of RIOU Stanislav Pozdnyakov thanked Lev Belousov and all the staff of the university for their effective work. The President of the ROC presented to Lev Belousov the Certificate of Honor for the successful implementation of the Olympic educational programs in 2016—2021.

Then the Director General of the ROC Vladimir Sengleev brought the attention of the Forum’s participants to the latest information on the preparations for the 8th TAFISA World Sport for All Games set to be held in Nizhny Novgorod in 2024. 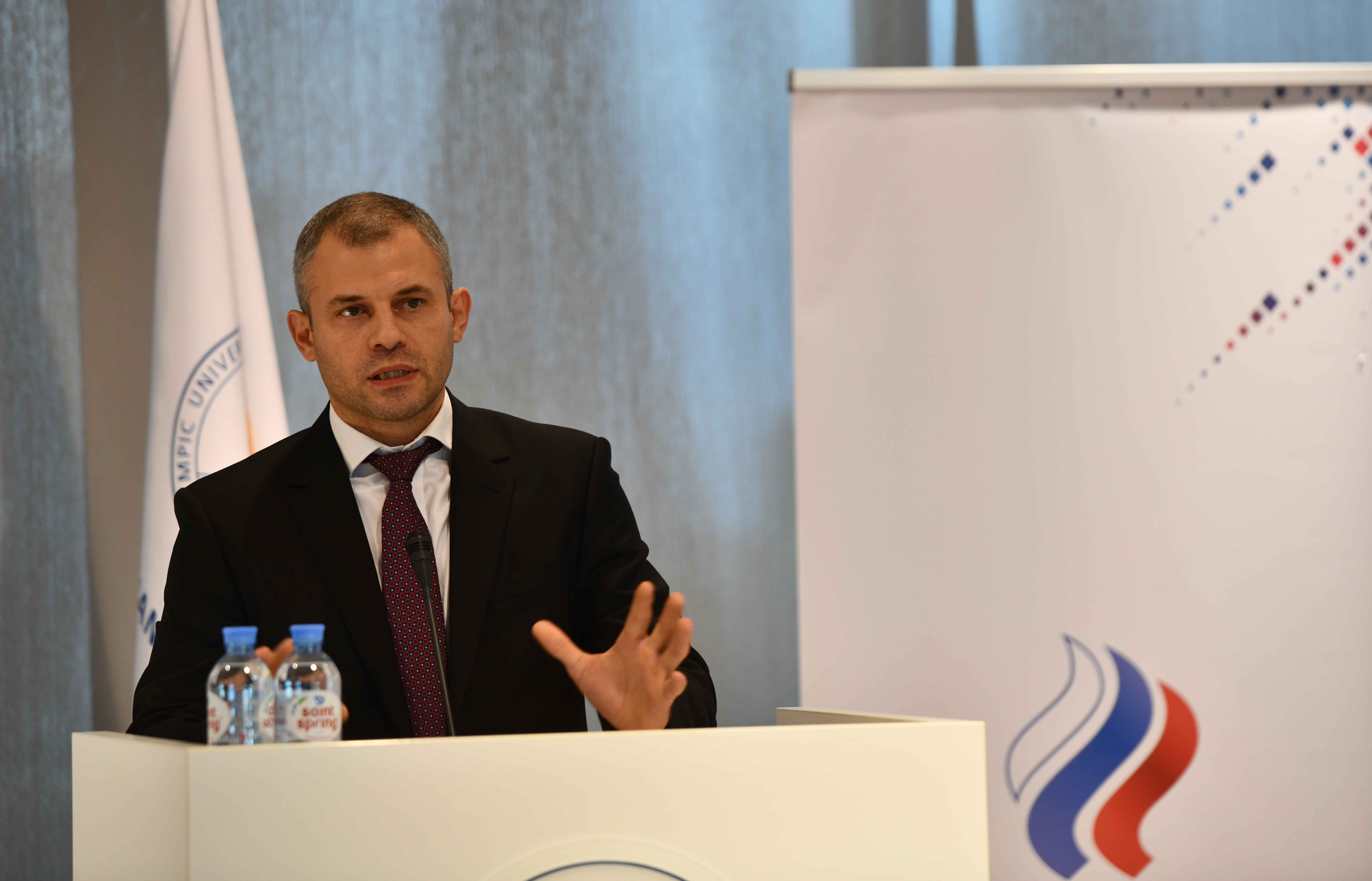 Deputy Director General — Head of the President’s staff of the ROC Rodion Plitukhin, in turn, spoke about the main directions of the international activities of the Russian Olympic Committee. He highlighted interaction with the national sports federations in Olympic sports in order to expand Russia’s representation in international sports organizations.

— For us, it is not only the quantity that matters, but also the quality of Russian representatives in international sports organizations. Therefore, the ROC is ready to provide financial, organizational and other types of support to the All-Russian Sports Federations in terms of training and advanced training of specialists, as well as further employment, — said Rodion Plitukhin.

He also invited the representatives of the Olympic Councils for closer cooperation in organizing international sports and official events on the territory of the Russian Federation.

— Only this year, despite the pandemic, the ROC assisted colleagues in holding the reporting and election congresses of the European Confederations of Modern Pentathlon and Fencing in Nizhny Novgorod and Sochi respectively. We can say that the native atmosphere to some extent helped to strengthen our positions in these organizations, — added the Head of the President’s staff of the ROC.

Afterwards, the leaders of the Regional Olympic Councils spoke about their activities. 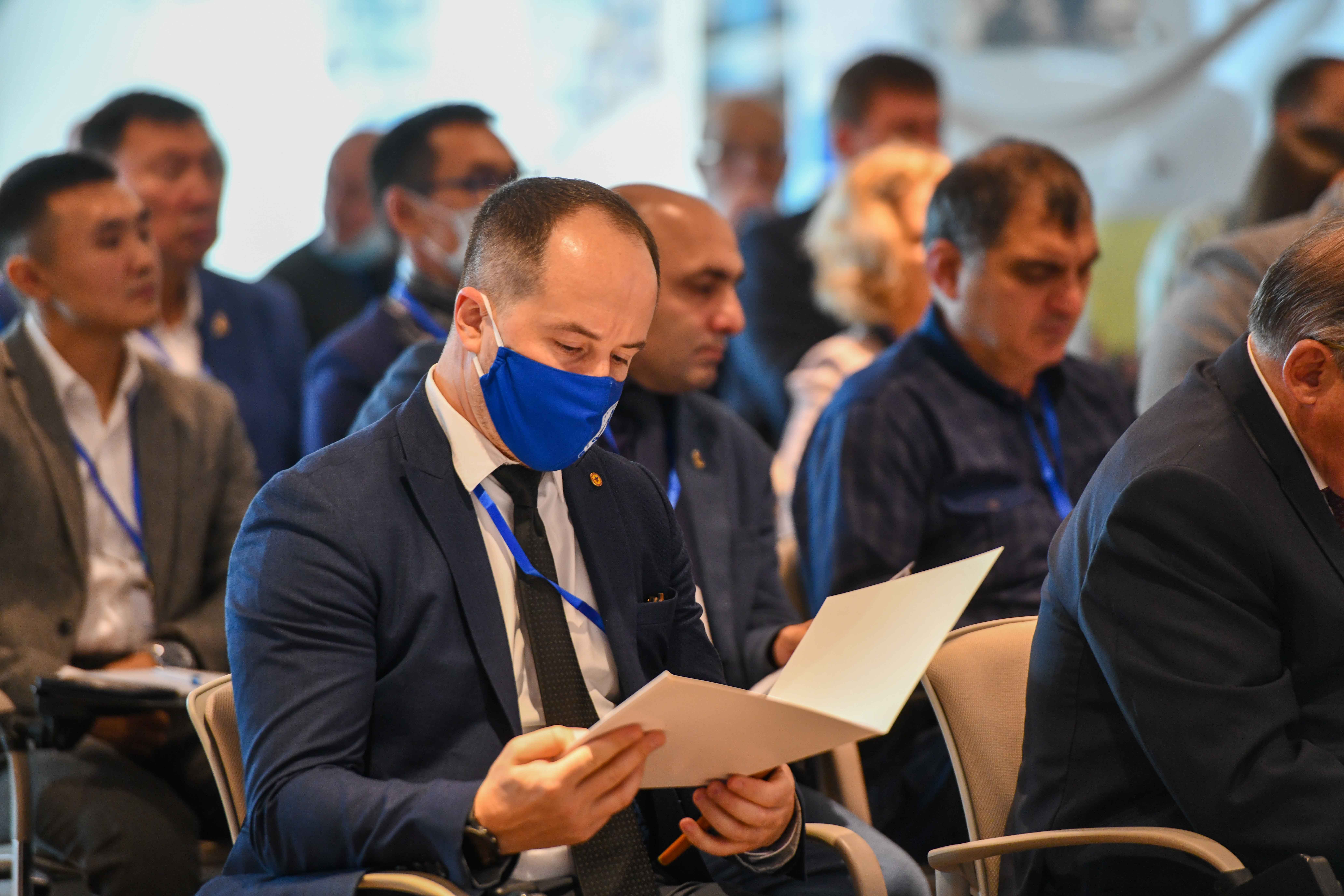 The President of the Olympic Council of St. Petersburg, Yuri Avdeev, thanked the ROC for organizing and holding the Forum in Sochi, and also noted the importance of preserving the institution of ROC coordinators in federal districts.

— Today we can exchange experience of our work, get acquainted and communicate with new colleagues. This is very important and significant. Especially now, when the Olympic movement, through the efforts of some Western politicians, unfortunately, has become an instrument of political manipulation and intrigue.

The head of the Olympic Council of Vologda Region, 1984 Olympic champion Sergey Fokichev stressed that such events helped to better understand the role of sports and the Olympic movement in the modern world.

— The leaders of the ROC rightly noted today that certain political forces are trying to exert negative influence on Russian sports. In these conditions, it is important to understand where we are and to confront contemporary challenges together. In addition, the Forum is of particular interest to me personally, since I represent both the Olympic Council and the Department of Sports of Vologda Region. We talk a lot about mass sport, but I am convinced that if we do not have champions and leaders from whom the younger generation could follow an example, the whole sports pyramid will fall apart. I myself was an athlete and I know what kind of work is behind every victory and medal. Therefore, it is very important to maintain the positions that we have now. 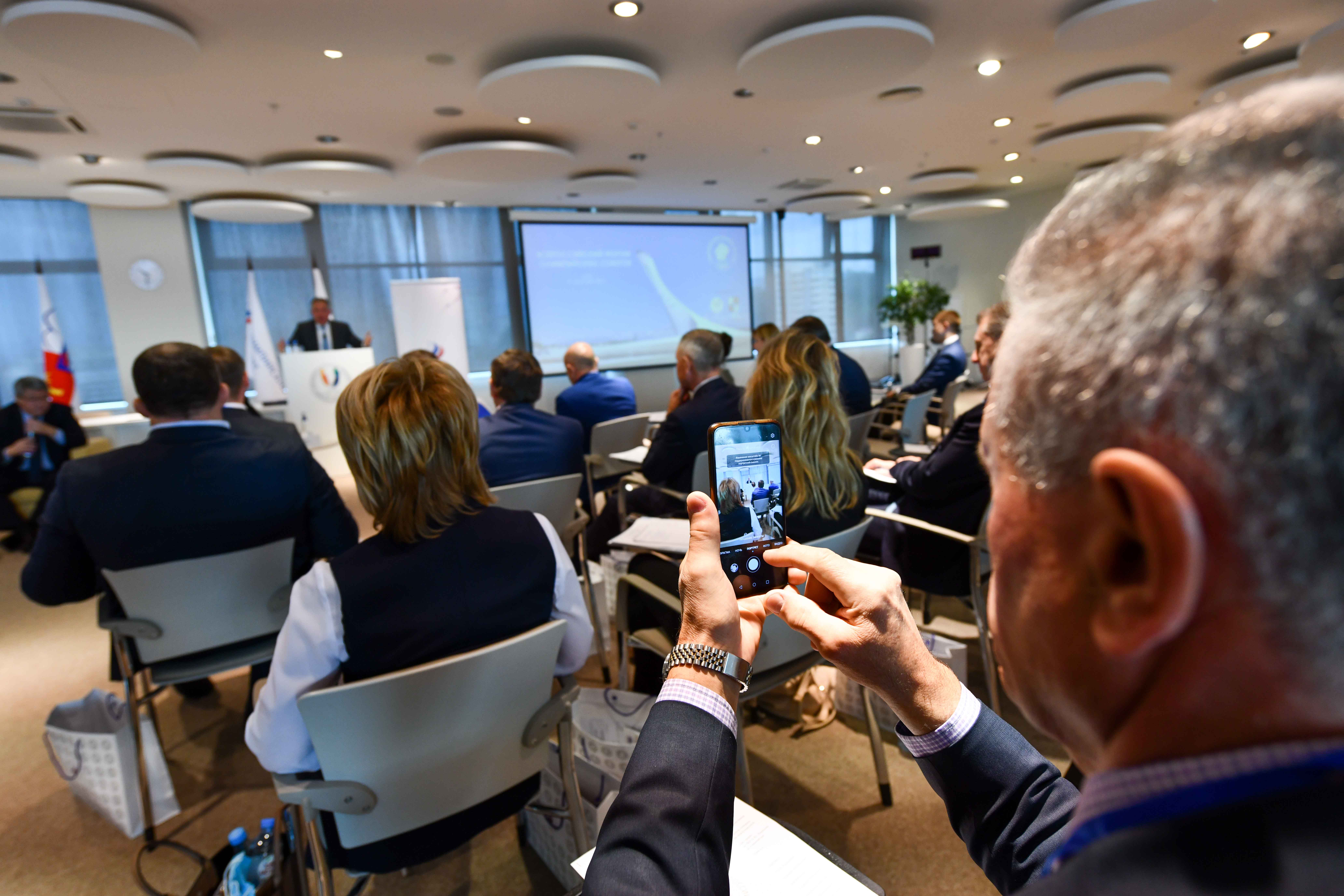 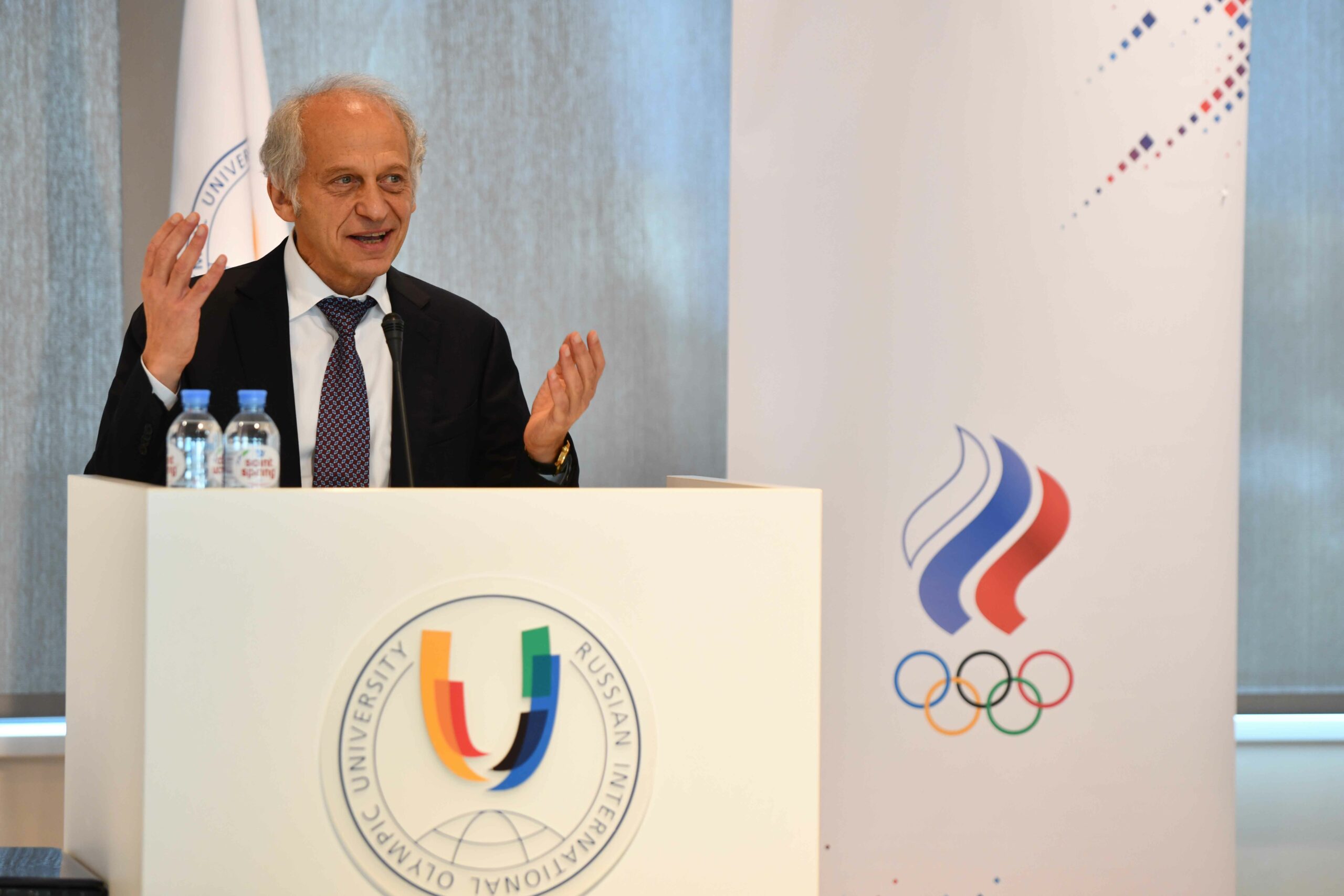 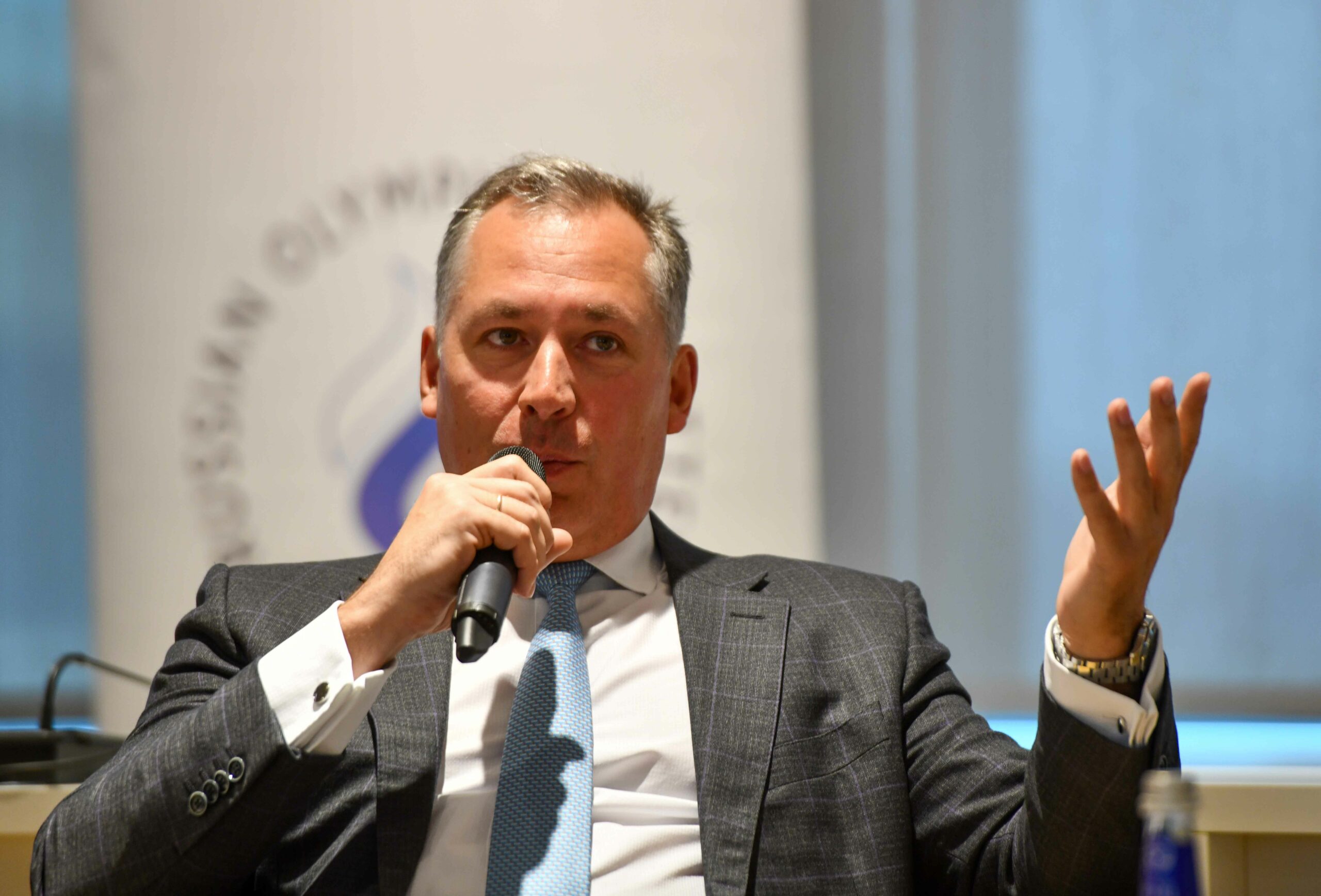 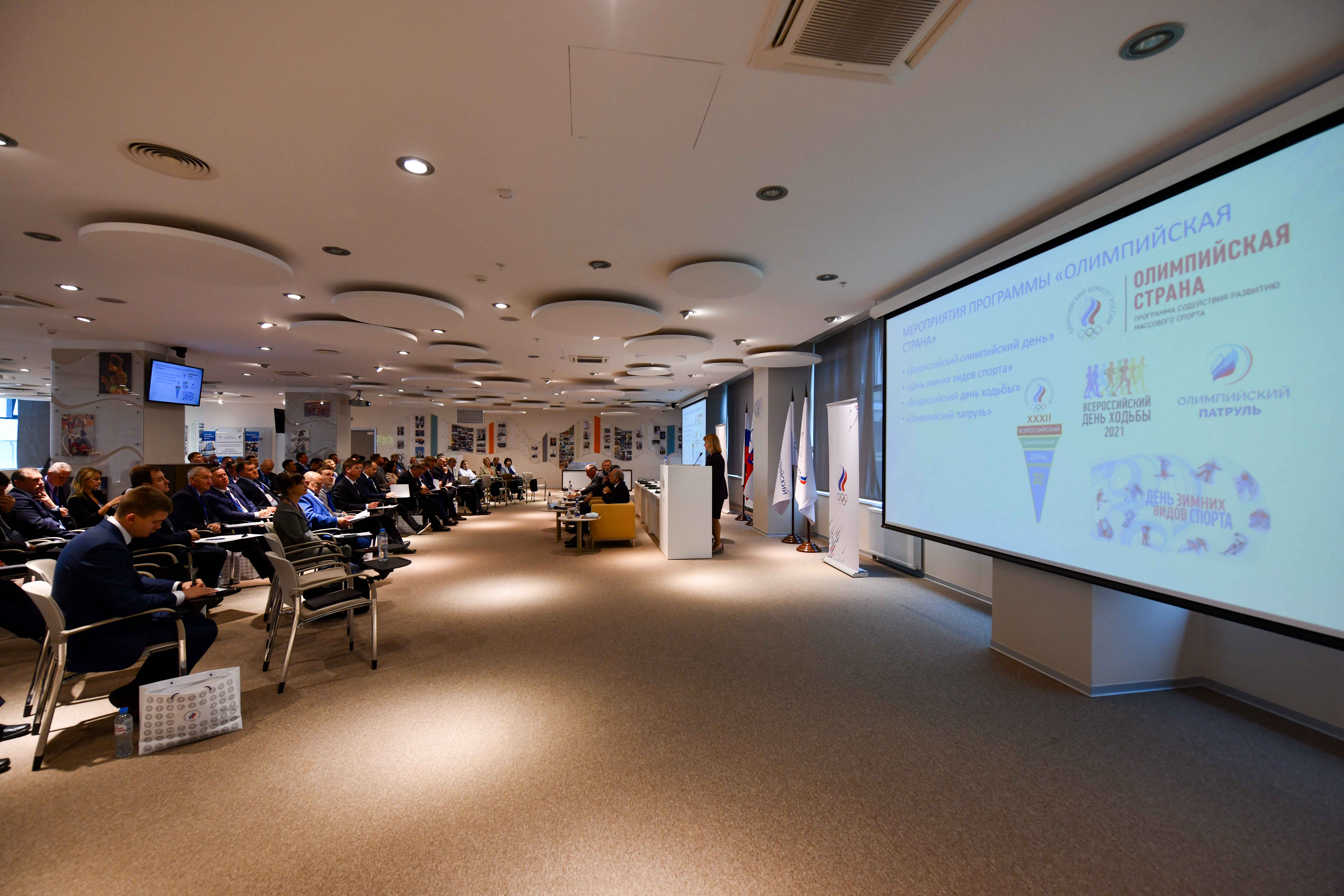 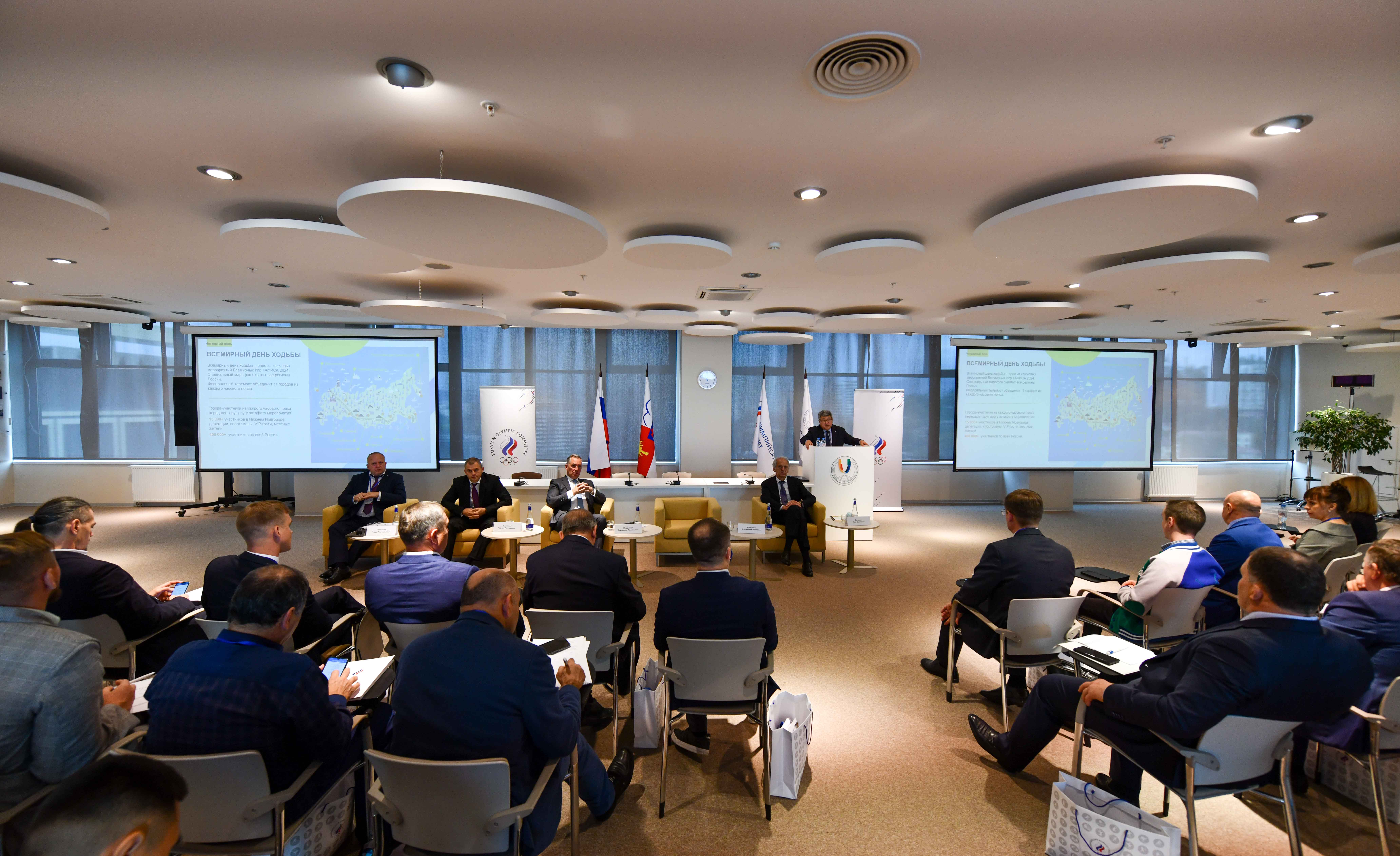 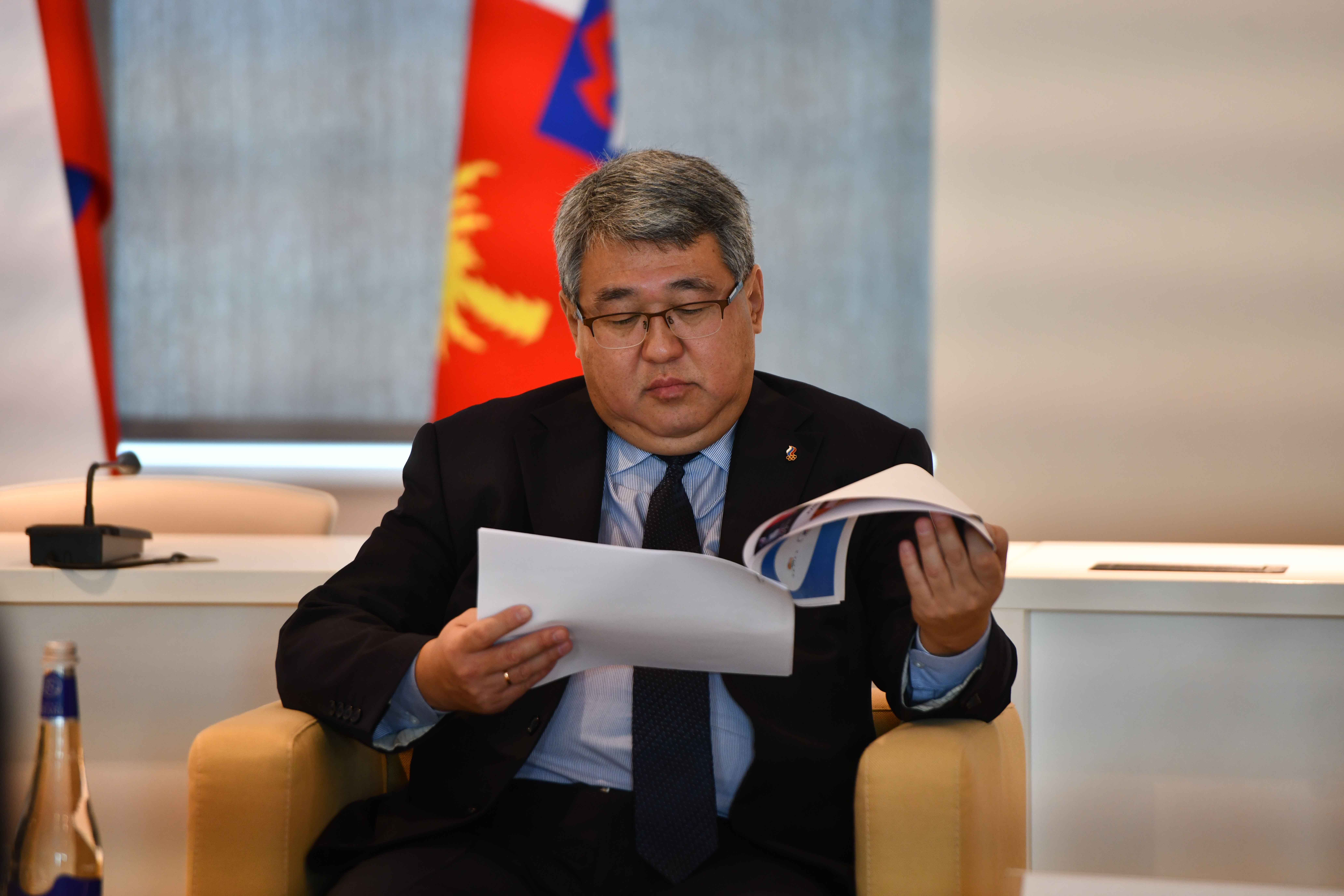 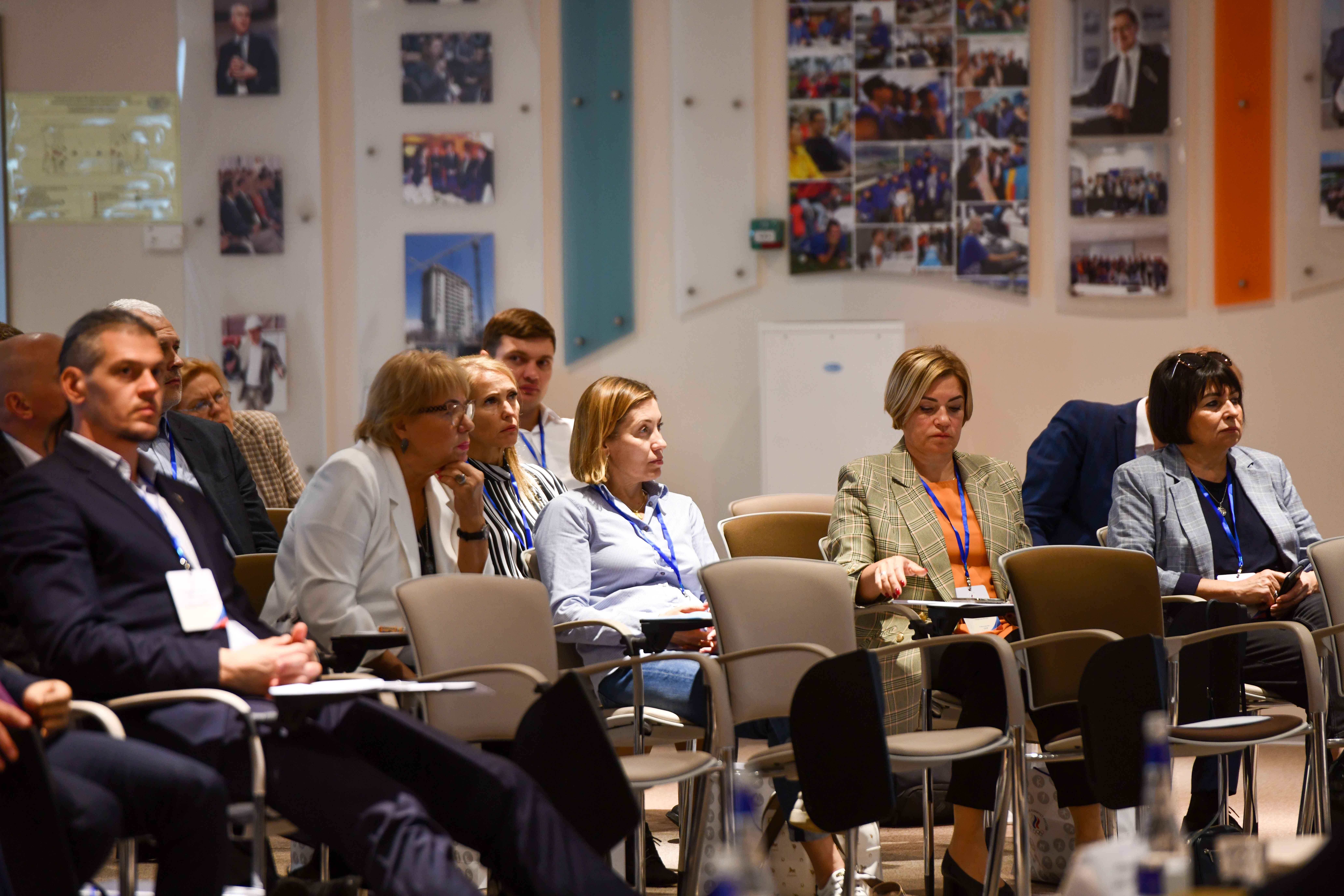 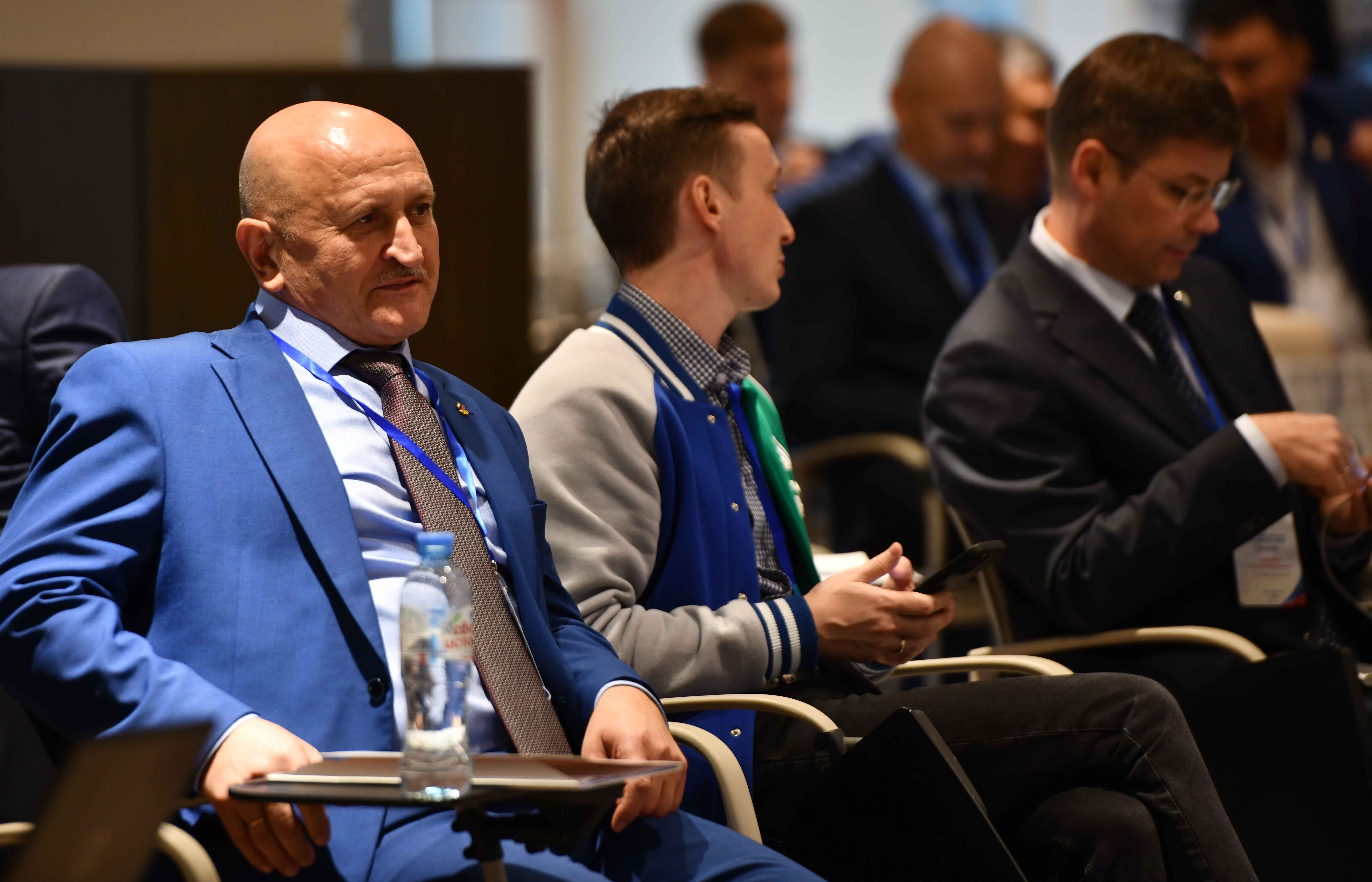