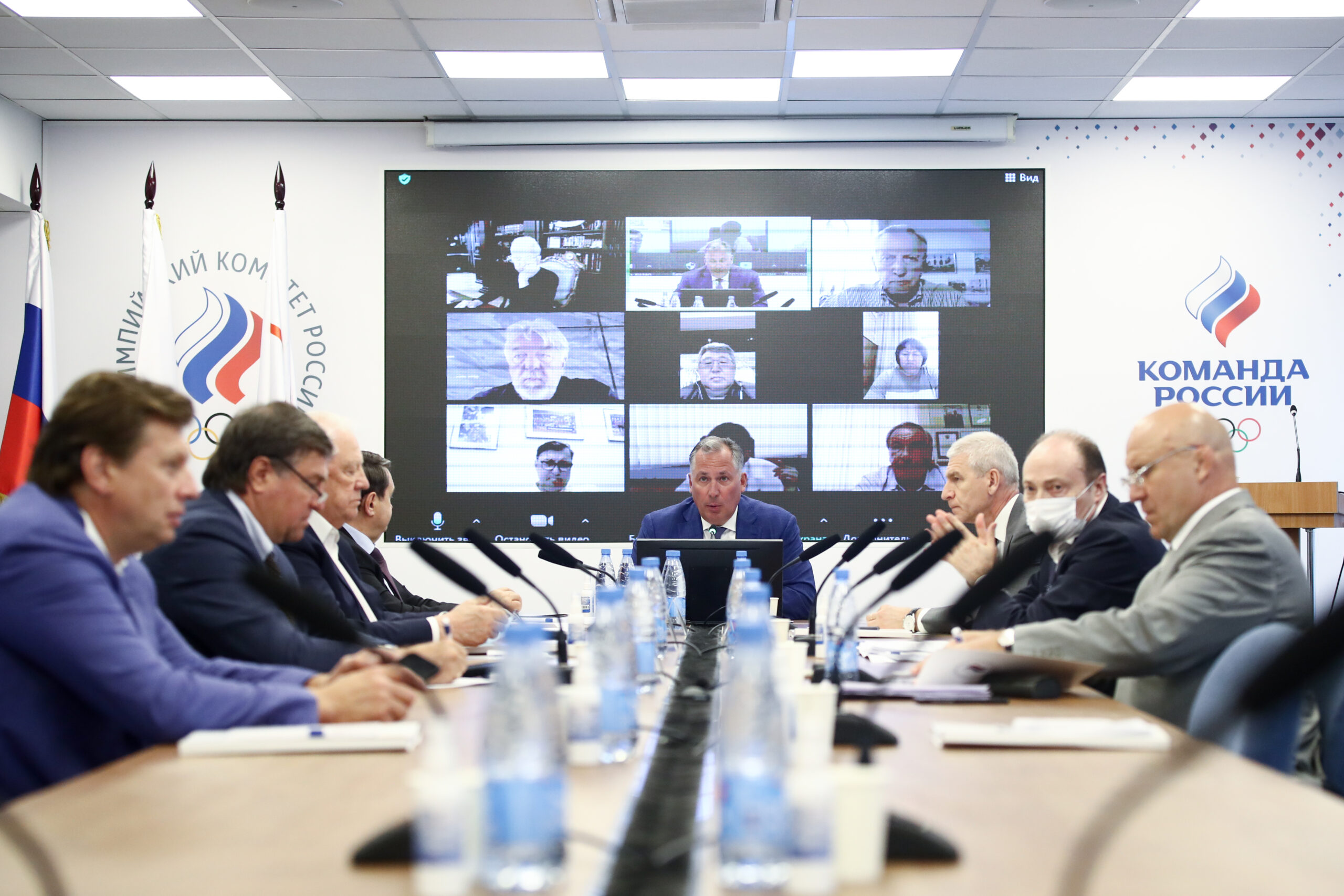 Results of the ROC Executive Board Meeting

Today during a session of the ROC Executive Board, the roster of the Russian Olympic Committee Team was approved for participation in the Games of the XXXII Olympiad.

Today during a session of the ROC Executive Board, the roster of the Russian Olympic Committee Team was approved for participation in the Games of the XXXII Olympiad.

Opening the meeting, Stanislav Pozdnyakov noted that the preparation for the main sports event for the summer Olympic sports federations turned out to be incredibly difficult and concerning.

– Firstly, the Olympic cycle lasted for five years instead of four, which in itself is unprecedented. Secondly, starting from 2020, preparations have taken place against the backdrop of strict restrictions. In particular, not only the competition schedule was completely changed, but also the usual training rhythm of athletes. Unfortunately, the coronavirus pandemic is still here and it is already clear that the conditions for the Tokyo Games will be as harsh as possible for all of us, – said the head of the ROC.

Sports Director Andrey Konokotin made a report on the readiness of the ROC Team for the Games. According to him, the Tokyo qualifiers have ended for all sports except men’s basketball and the Russian national team will take part in the qualifying tournament in Croatia from June 29 to July 4.

At the moment, Russian athletes have won licenses in all sports except baseball, skateboarding, surfing, softball, football and field hockey. Men’s teams without licenses include the water polo, handball, golf and rugby-7 teams. The women’s basketball team will miss the Games.

The roster of the ROC Team includes 365 athletes (204 female athletes and 161 male athletes) from 52 regions of the country. Amongst them, there are 24 Olympic champions.

By July 5, the final squad will have been formed, which will eventually include 335 athletes (if the men’s basketball team qualifies, then the number will be 347).

The average age of athletes in the ROC Team is 27. The youngest athlete Victoria Listunova (artistic gymnastics) is 16 years old and the most experienced athlete Inessa Merkulova (equestrian sport) is 56 years old.

The most decorated athlete is five-time Olympic champion in synchronized swimming Svetlana Romashina.

The Executive Board took note of the information and approved the roster of the Russian Olympic team for participation in the Games of the XXXII Olympiad 2020 in Tokyo (Japan) under the name “ROC Team” in order to properly adhere to the decision of the Court of Arbitration for Sport (CAS) dated December 17, 2020.

Volleyball player Maxim Mikhaylov and sabre fencer Sofya Velikaya were confirmed as the flag-bearers for the Tokyo Olympics opening ceremony.

As you know, the IOC has established a rule on gender equality, according to which the National Olympic Committees will be represented in Tokyo by two flag-bearers – a male athlete and a female athlete.

Maxim Mikhaylov, as part of the Russian national volleyball team, won gold at the 2012 Olympic Games in London. Sofya Velikaya won gold in the team sabre event at the 2016 Olympics in Rio de Janeiro.

The Deputy Secretary General and Head of the International Relations Office Yury Yuriev spoke about the results of implementing the Olympic educational programs at the RIOU during the period 2016-2021. – The Executive Board has acknowledged the results of the joint work of the ROC and the RIOU and assessed the work carried out as successful.

The Board has expressed gratitude to the management of PJSC MMC Norilsk Nickel for its financial assistance, which decisively contributed to the full implementation of the Olympic educational programs during the five-year period. Also noted was the high level of the educational process provided by the RIOU and the content’s alignment and relevance to the target groups of listeners. The Board considers it expedient to continue the implementation of educational programs based at the RIOU in conjunction with the ROC, taking into account the interests of its members, first and foremost, the All-Russian Sports Federations.