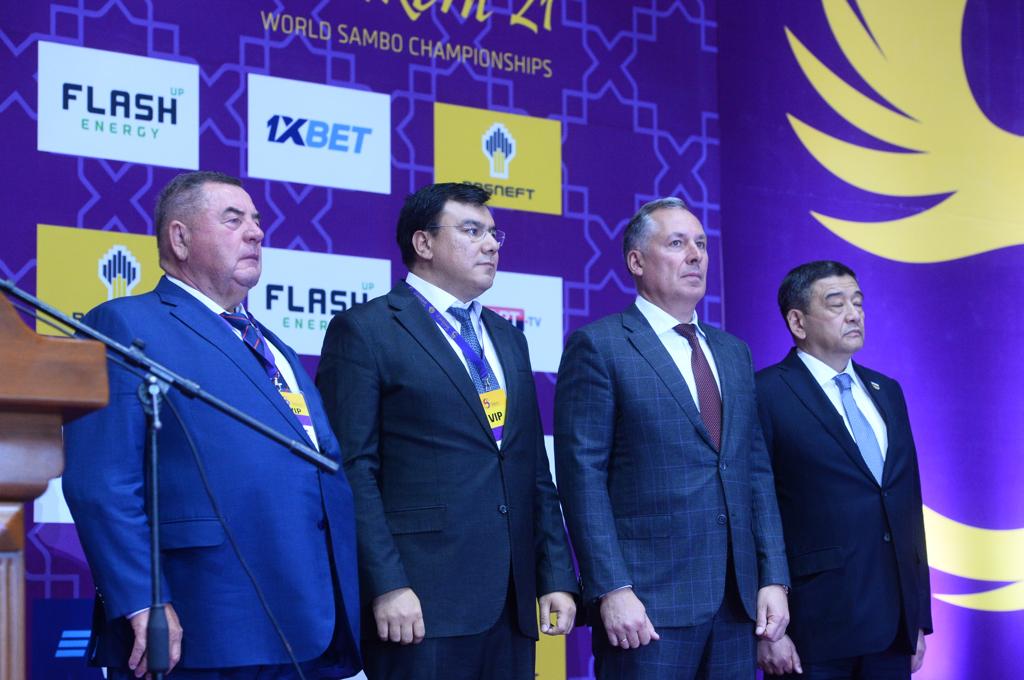 Stanislav Pozdnyakov: “The World Sambo Championships held in Tashkent once again demonstrated all the benefits of this sport”

The ROC President paid a working visit to Tashkent on November 12 and took part in the opening ceremony of the World Sambo Championships. Today he met with the Chairman of NOC Uzbekistan Rustam Shaabdurakhmanov and the Minister of Tourism and Sport of the Republic Aziz Abdukhakimov.

In the capital of Uzbekistan, awards are being played out in sports Sambo (M&W), as well as in combat Sambo in seven weight categories. There have been two days of competition and the Russian team holds first place in the medal standings. Our Sambo wrestlers have already won 13 medals (four gold medals, five silver medals, and four bronze medals). The tournament will end on Sunday. 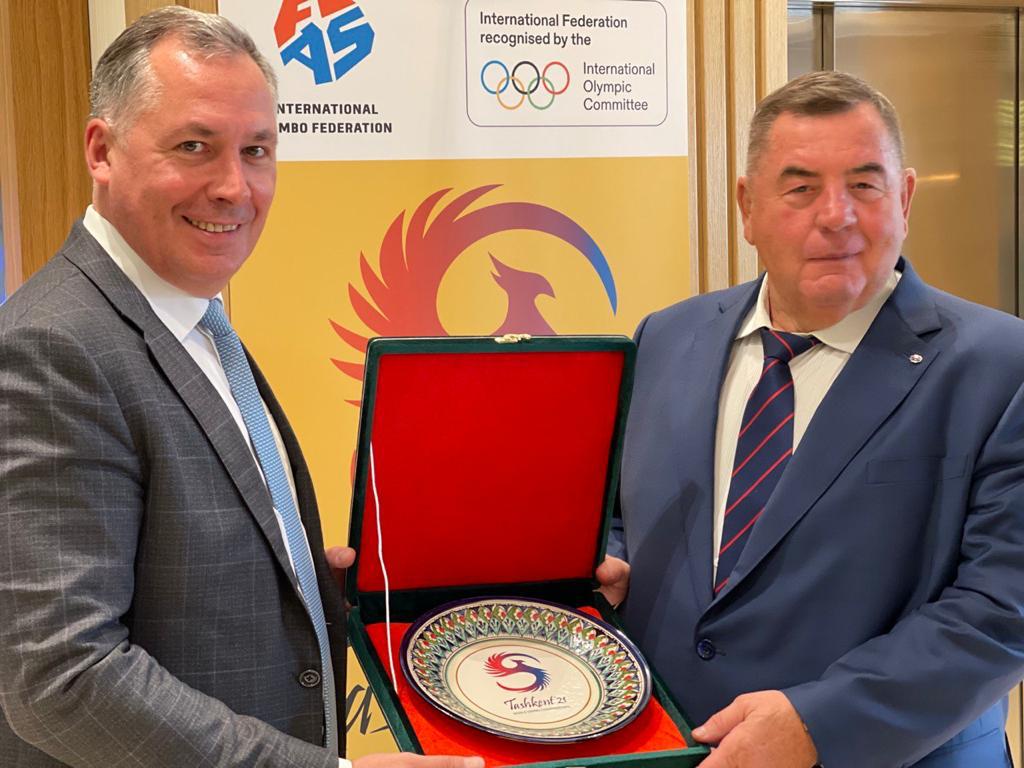 — I would like to note that the World Championships have been perfectly organized, — said Stanislav Pozdnyakov. — Competitions are being held at the highest level, and this is important from the point of view of the progressive movement of Sambo towards the inclusion of the sport in the program of the Olympic Games. We once again discussed this topic in detail with the President of the International Federation Vasily Shestakov. I believe the steps that have been taken by the world Sambo community at all levels in recent years are crucial to the successful solution of the main strategic task. The ROC, for its part, is ready to continue to provide all possible diplomatic assistance. And the current Championships in Tashkent have once again demonstrated all the benefits and advantages of Sambo, thanks to which the interest in this sport is on the rise in various countries around the world.

Today, the head of the Russian Olympic Committee took part in a meeting with the leaders of the Uzbek sports and the Olympic movement. At the meeting, which was also attended by the President of the International SAMBO Federation Vasily Shestakov, issues of further development and popularization of Sambo were discussed. By the way, this type of martial arts is included in the program of the 2025 Asian Youth Games due to be held in Tashkent.

In addition, the participants agreed to expand cooperation in areas such as education and joint preparation of the two countries for the 2024 Olympic Games in Paris. Within the framework of the previously signed Memorandum of Cooperation between the NOCs of Russia and Uzbekistan, it is planned, among other events, to conduct joint training camps, exchange scientific literature, and invite Uzbek specialists to advanced training courses at the Russian International Olympic University (RIOU). 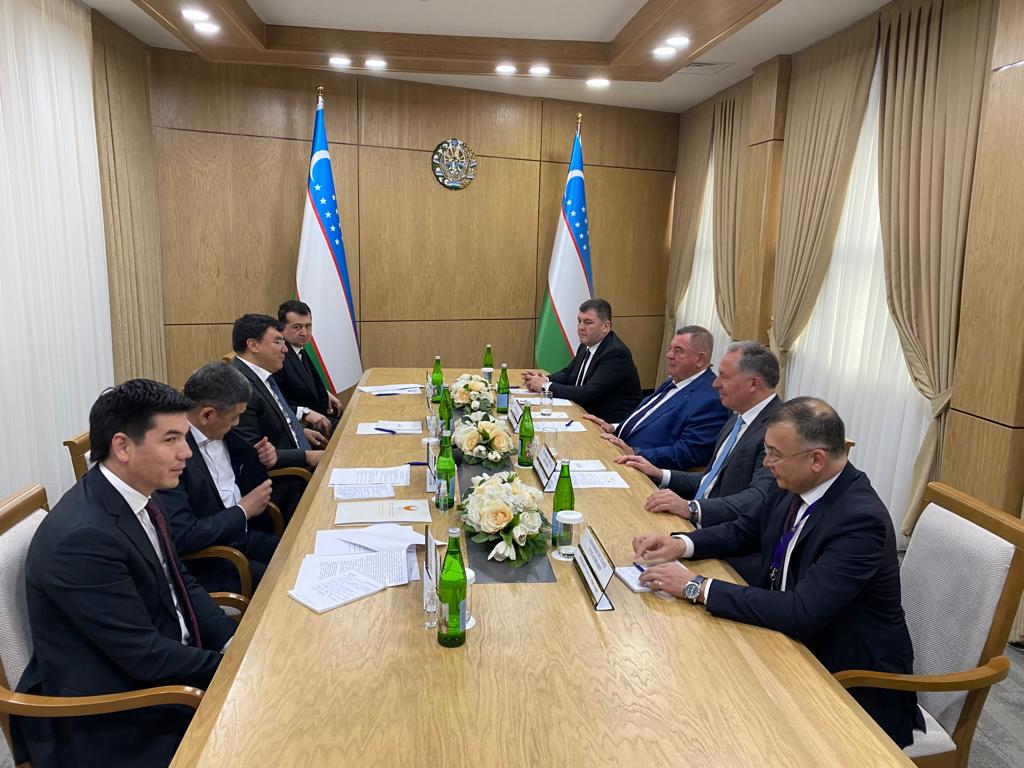 — First of all, I once again thanked my colleagues from the National Olympic Committee of Uzbekistan for the Forum of National Olympic Committees of the CIS countries, Georgia, and the Baltic states recently held in Tashkent, — said Stanislav Pozdnyakov. — The discussion of relevant topics was informative and useful for all participants. Our dialogue regarding the development of mutually beneficial cooperation is set to continue. One of the key points that we discussed is the interaction of the ROC and NOC Uzbekistan in the preparation of athletes for major international competitions and the joint use of the sports infrastructure of our countries. Another important topic on the agenda was Olympic education. Here we have good accumulated experience, necessary conditions and ready-made programs that we can present to our colleagues. We will continue to develop and expand this direction.