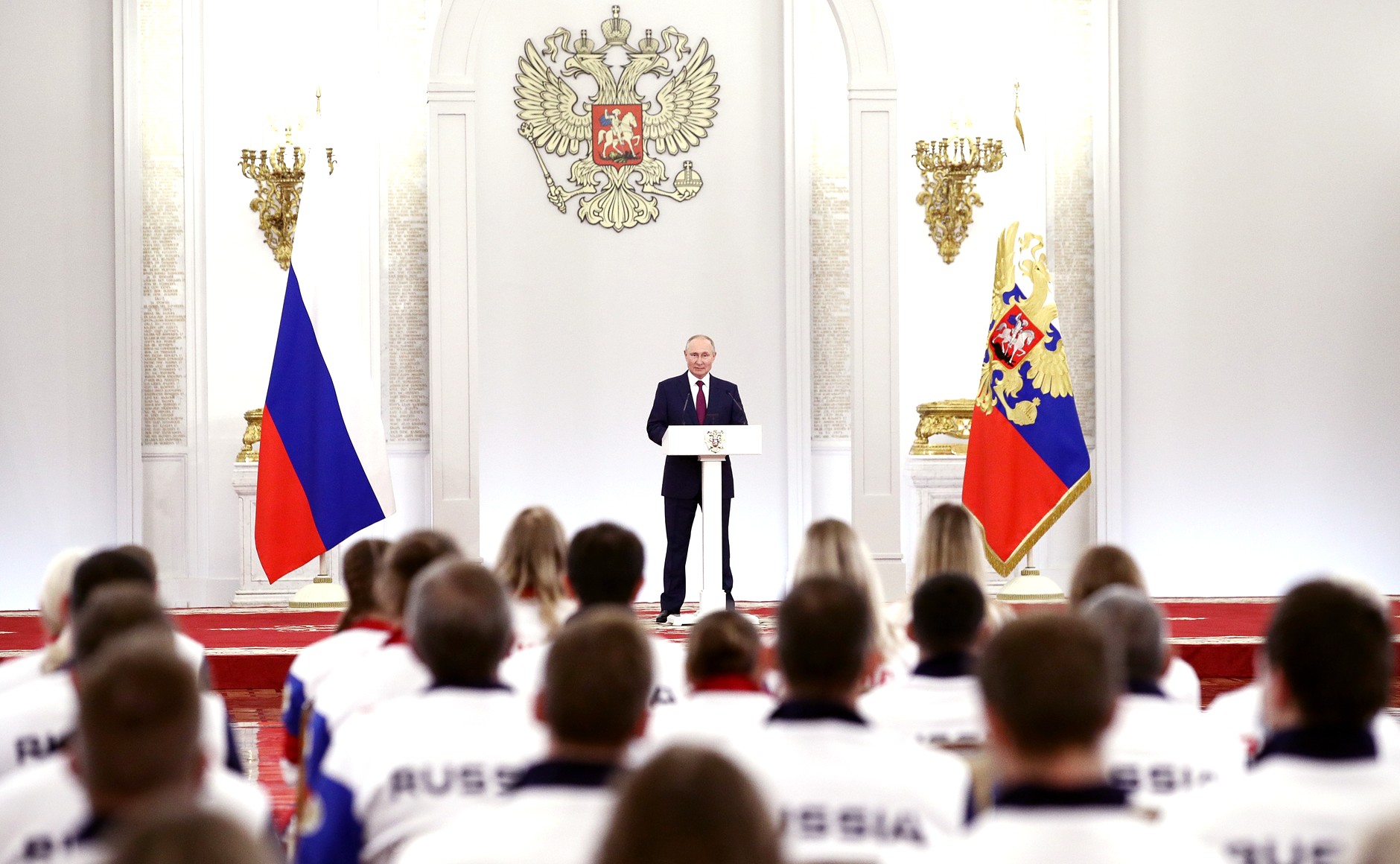 Vladimir Putin: “The main sports festival of the planet will take place and this is a common victory for the entire international Olympic family”

The Head of State congratulated the Olympians on their entrance into the Olympic team and wished them a successful performance in Japan.

– These Games were supposed to be held in 2020, but, as you know, the coronavirus pandemic has made dramatic changes in the life of the entire planet, including in the field of elite sports. And the fact that in such extremely difficult conditions the main sports festival of the planet will nevertheless take place can be considered an important, common victory for the entire international Olympic family, – said Vladimir Putin.

The Head of State expressed hope that the organizers would take all possible measures to protect the health of athletes and fans alike.

– We are certainly worried and hope everything will be fine. And I ask all members of the Russian delegation, without exception, to strictly comply with the medical requirements of the Tokyo Organizing Committee. I ask the Government, the Federal Medical-Biological Agency and the National Olympic Committee to do everything so as to minimize the risks associated with the pandemic during the final stage of training and, of course, during competitions in Japan.

In addition, Vladimir Putin stressed that special attention would be given to diplomatic and legal support of Russian athletes and coaches during the upcoming Tokyo Olympics.

– The topic of politicization in sport, unfortunately, is still relevant and has not disappeared from the agenda. The rights and interests of our athletes must be protected from any arbitrary conduct. This includes decisions that individual countries are trying to impose around the world which are far beyond their national jurisdictions. I ask colleagues from specialized agencies and departments to pay special attention to this.

At the end of his speech, the President of the country personally congratulated two athletes celebrating their birthdays on June 30 – judoka Madina Taymazova and synchronized swimmer Maria Shurochkina. Vladimir Putin wished them good health, happiness and success in competitions.