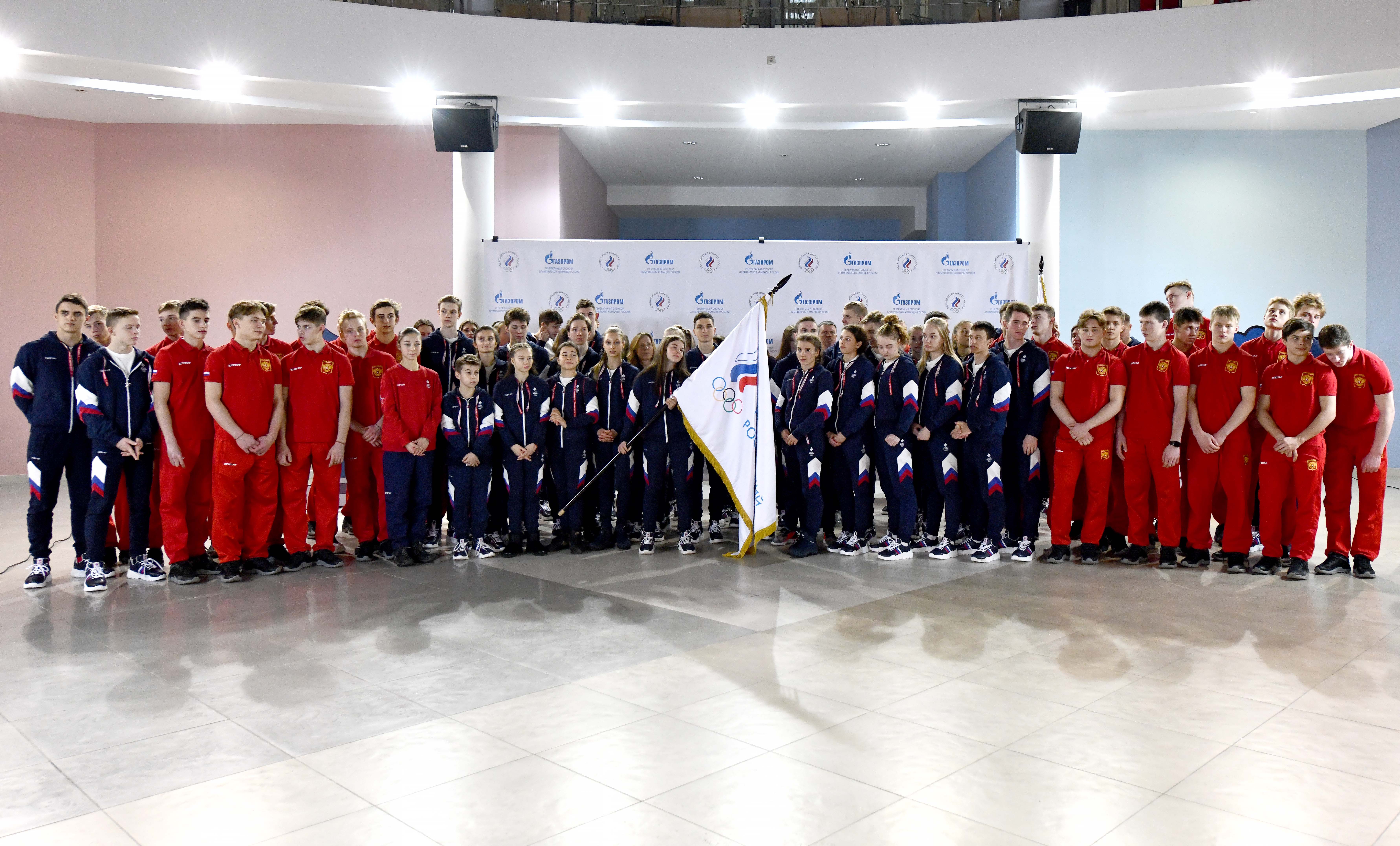 On Christmas Eve at the Novogorsk Training Center, a seeing-off ceremony was organized for the Russian Olympic team set to participate at the the 3rd Winter Youth Olympic Games scheduled to kick off in Lausanne on January 9. The first group of young Olympians numbering 68 athletes arrives in Switzerland on January 7.

On Christmas Eve at the Novogorsk Training Center, a seeing-off ceremony was organized for the Russian Olympic team set to participate at the the 3rd Winter Youth Olympic Games scheduled to kick off in Lausanne on January 9. The first group of young Olympians numbering 68 athletes arrives in Switzerland on January 7.

On behalf of the Russian Olympic Committee, the ROC Director of Sport Andrei Konokotin addressed the athletes, wishing them a successful performance and highlighting the fact that Russian athletes now receive additional and increased attention from anti-doping services.

– These are the first high-profile competitions in your career. The Youth Olympic Games have a special atmosphere, making it more and more difficult to show great results. However, we hope that you will make every effort to win and have the Russian anthem sound as often as possible. However, one must be as careful as possible in regard to the anti-doping rules. You cannot afford to make any mistakes, – emphasized Andrei Konokotin.

An integral part of such ceremonies is the transfer of the ROC banner to one of the athletes set to compete. Today the Olympic banner was presented to Evgenia Dolzhenkova. The 16-year-old athlete from Kamchatka will perform in ski mountaineering, included into the programme of the Youth Olympic Games for the very first time.

– I wish good luck to all and may there be no injuries! We will try to bring home as many medals as possible, – said Evgenia, who looked very stylish in her Zasport outfit, as did the other young athletes.

Afterwards, the Russian anthem sounded at the Training Center followed by the traditional photo shoot. In honor of today’s ceremony, all the participants present received souvenirs with Olympic symbols.

The 3rd Winter Youth Olympic Games will be held in Lausanne from January 9 to 22. The Games will be attended by 1880 athletes from 73 countries aged 14-18 years.

10 Masters of Sport and 57 candidates for Master of Sport will perform under the Russian flag. The average age of the team members is 16.

At the 2nd Winter Youth Olympic Games held in Lillehammer (Norway) four years ago, the Russian team won the most medals – 24 (7 gold medals, 8 silver medals and 9 bronze medals). Only two teams were ahead of us by number of gold medals – Team USA and Team South Korea, both winning 10 gold medals each.