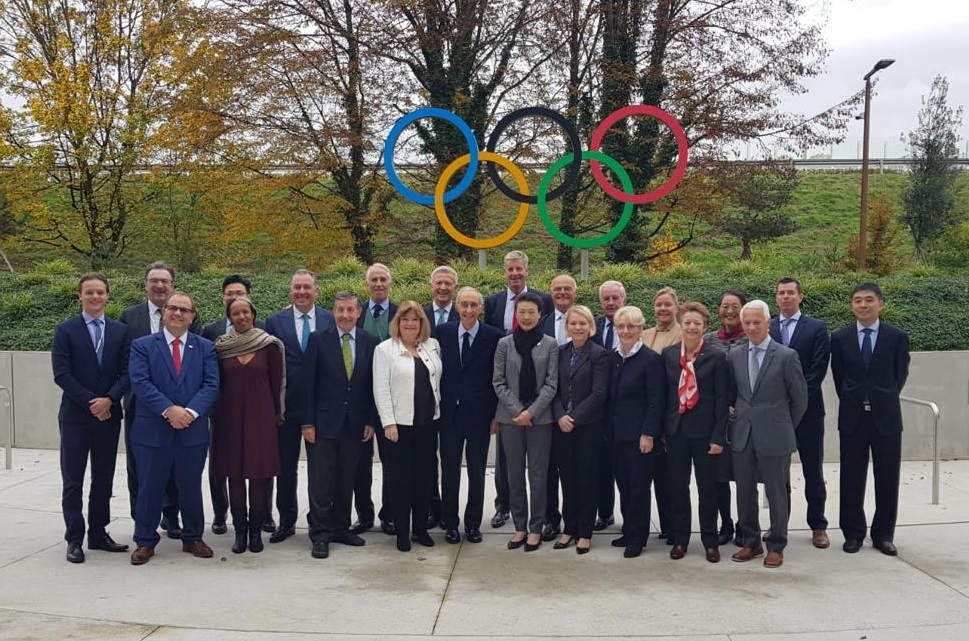 The IOC Programme Commission met in Lausanne on November 11. The meeting was attended by the leaders of National Olympic Committees, IOC experts, as well as the representatives of WADA and international federations.

The IOC Programme Commission met in Lausanne on November 11. The meeting was attended by the leaders of National Olympic Committees, IOC experts, as well as the representatives of WADA and international federations.

Along with colleagues from the NOCs of Italy, Spain, Austria, the USA and other countries, the President of the ROC Stanislav Pozdnyakov took part in the work of the Commission.

The meeting began with an opening speech from IOC Sports Director Kit McConnell. Then, the participants of the meeting discussed the upcoming Olympic Games in Tokyo, Paris, Milan/Cortina d’Ampezzo and Los Angeles, as well as the 2020 Winter Youth Olympic Games in Lausanne.

Particular attention was paid to the schedule of the 2020 Games in Tokyo in order to determine the best starting time for individual competitions, taking into account weather conditions.

In addition, Commission members put forward recommendations on the organization of the Dakar 2022 Youth Olympic Games and considered the inclusion of new sports into the programme of Paris 2024.

It should be noted that the IOC Programme Commission consists of 23 members who are the most respected, influential representatives of the Olympic movement and specialists with vast leadership experience in various sports organizations.

The Commission is responsible for analyzing and expanding the sports programme of the Summer and Winter Olympic Games, as well as preparing additional proposals for the IOC Executive Council, taking into account new trends and the popularity of a specific sports discipline among the younger generation. The Olympic prospects and popularity of any given sport actually depend on the decisions of this Commission.