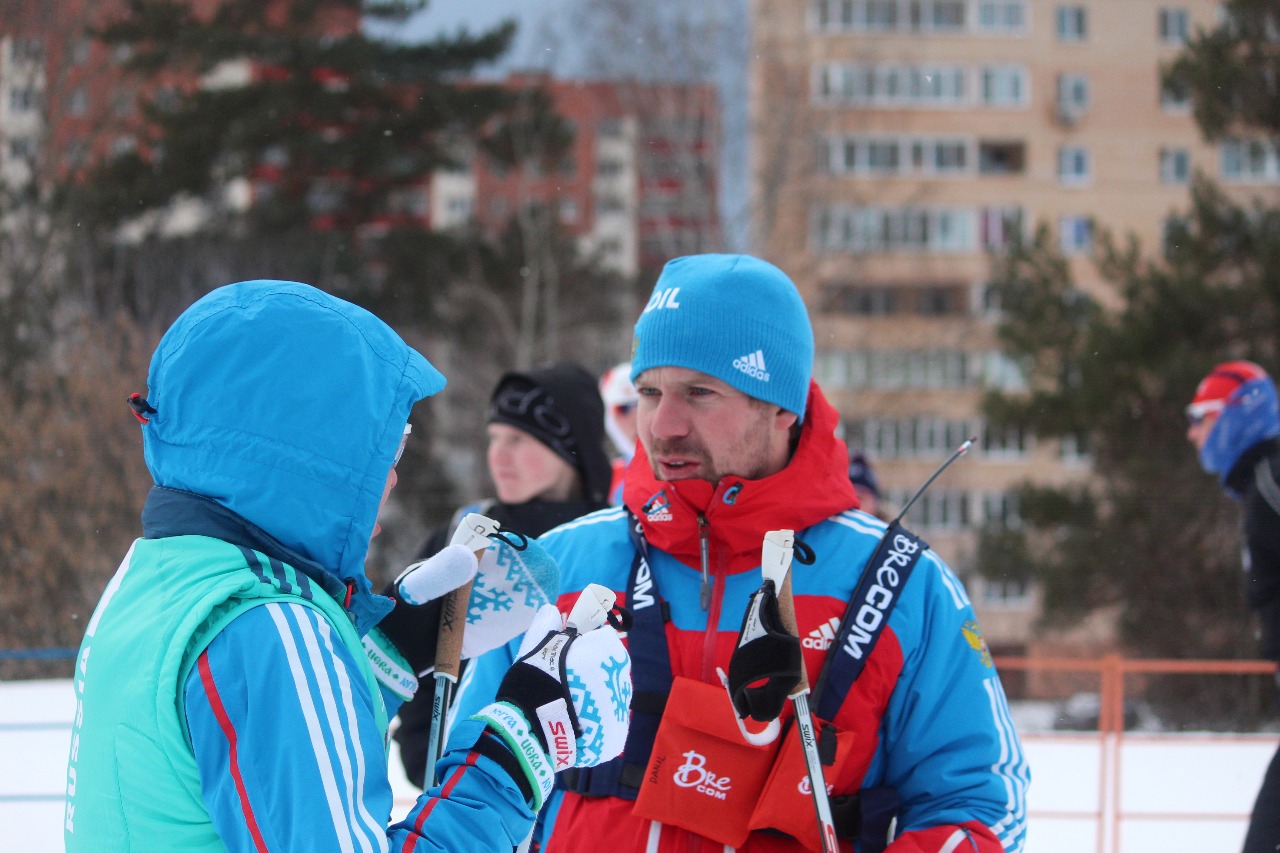 Danil Akimov: “These Olympics were very successful for our skiers”

Head coach of the Russian women’s Cross-Country Skiing team Danil Akimov in an interview with the ROC Information Service gave assessment to the team’s performance at the Olympic Games  and in the season in general.

Head coach of the Russian women’s Cross-Country Skiing team Danil Akimov in an interview with the ROC Information Service gave assessment to the team’s performance at the Olympic Games  and in the season in general.

It is to be recalled, that in Pyeongchang our skiers won two bronze medals: Julia Belorusova in the sprint and Natalia Nepryaeva, Yulia Belorukova, Anastasia Sedova and Anna Nechayevskaya in the 4×5 kilometres relay race.

– Everything worked out very well for us at the Olympic Games,  Danil Akimov said.  Third place in the relay is a great achievement, especially considering that over the past four years our women’s team has never got into the winners. And in the individual sprint Julia Belorukova has won a World Cup medal only once, in November last year in the Ruka, Finland.

– Two Russians participated in the sprint finals at the Olympic Games. Nepryaeva finished immediately after Belorukova. How would you  explain such an progress in this discipline?

– Last year at the World Cup in Lahti we won silver in the sprint. In team sprint. Sprint requires explosive speed, character, the good preparedness in concrete day and, of course, luck. In sprint young people achieve  high level faster than at long distances. Although our young athletes Belorukova and Nepryaeva, were both born in 1995, they are both talented, and eventually can occupy leading positions in other disciplines as well.

Thus, within this season Nepryaeva has made significant progress. Already after the Olympic Games she took second place in the 10 km race at the World Cup stage in Lahti.

– At the Olympic Games the Individual Sprint event  was skied in the classical style. Was it a plus for Belorukova? After all, Lahti she won with silver together with Natalia Matveeva in a similar race?

– Yes. She does the classic sprint  better. And  by the way, Nepryaeva as well.

– Meanwhile, the team sprint at the Olympics was contested in the freestyle technique. Isn’t that the reason for which our duo only finished 9th?

– Belorukova and Nepryaeva could fight for high places in the freestyle technique as well.  Apparently, the state was imperfect.

– Perhaps, the situation was affected by inflated expectations? The individual sprint 3rd and 4th place skiers joined one team, so they must be among the top finishers. It was a psychological pressure.

– The Olympic Games are always unpredictable. In a state of euphoria it is  possible perform a feat or a failure.

– Many questions were provoked by the coaches’ decision to put Anna Nechayeva to the final stage of the relay and not one of the strong sprinters.

– I talked about this with Marcus Kramer, who was responsible for the disposition. Here’s what he said: ‘If you want to fight for medals, you have contact closely with the leaders from the very beginning’. Therefore, the 1-3 stages were  given to the athletes who were better prepared at that point. Anya was only required to keep the third place, rather than trying to hold on to Bergen and Nilsson.  She immediately dropped behind the leaders, but did not let Finnish athlete  approach her.

– Before it became clear that Natalya Matveeva and Yulia Chekaleva would not go to Pyeongchang, did you count more on this battle tested guard or the youngsters (Belorukova, Nepryaeva, Sedova)?

– This was not the question. Each coach is counting on the athletes they work with. But you can expect, and hope, but the results are determined by the starts. We hoped for medals in three disciplines. In two of them we managed to conquer the podium. We only failed in the team sprint.

– Part of the women’s team was preparing for the Games on Sakhalin. Are you satisfied with the conditions under which the pre-Olympic training camp was held?

– Everything turned out as we planned. The tracks were one hundred percent ready. And we were lucky with the weather, which is important. The only, so to say, minus of Sakhalin is that the snow there is ‘slower’ than in Europe. But if you compare it with Korea, the difference is not critical.

– Do Korean tracks differ dramatically from the European ones?

– There are no similar tracks in principle. However, in terms of terrain, they are all similar. The thing is that the tracks are designed by the same people under the existing rules. So one can not make a sky high ascent and an extremely steep descent on a whim.

– A year before the Games, thanks to the support of the Russian Olympic Committee, a large group of ski specialists went to Pyeongchang to study the structure of snow cover on the Olympic slopes and test the skis. Judging by the number of Olympic medals won, was that trip useful?

– It is impossible to take all the nuances into account, but our athletes in Korea had no problems with the skis, while some other teams periodically had difficulties choosing wax.

– What surprised you personally in the women’s ski tournament in Pyeongchang?

– I did not expect the Swedes to win the first two events (Charlotte Calla became the Olympic champion in the Skiathlon, and Stina Nilsson won the first place in the individual sprint). We could expect, that Calla will continue in the same vein, but she did not. In general, skiers from Sweden are famous for their ability to reach the peak form by the main start. They can be far behind the prize winners at the World Cups, but at the World Championships or Olympic Games, they win medals, as a rule. However, only women distinguished themselves in Korea.

– So, can we say that our women’s team is not only young, but also promising?

– It is up to you to judge. Natalia Nepryaeva won the World Cup youth standings (among athletes under 23 years) this season, Anastasia Sedova was the second, Julia Belorukova was fifth. At the same time, girls have already been included in the elite of ski racing. Thus, Sedova performed very well in this season’s Tour de Ski, finishing overall seventh.

The girls lack stability so far, but it will come with experience. At their age, it is very difficult to keep in shape during the entire period of the World Cup, from late November to late March, and to give the best results at the main Olympic start of the season. However, the progress and prospects of the new generation of Russian skiers is obvious. The main thing to continue working.